Banking, financial services and insurance (BFSI), real estate and telecom are the traditional culprits who have encouraged and sustained bad practices, giving telemarketing a bad name 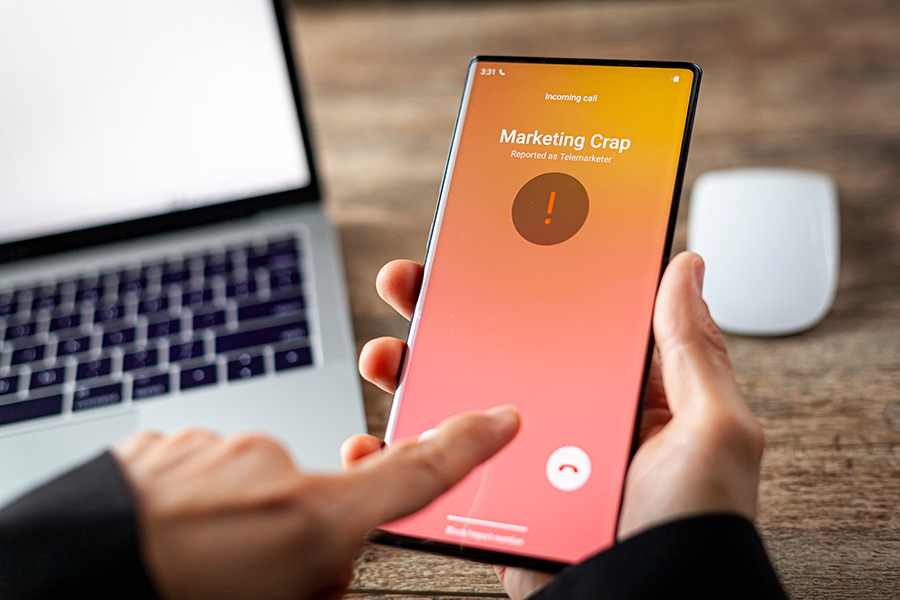 A recent study from the company also revealed that 93.5 percent of all spam calls in India were sales or telemarketing calls, as tagged by users. Image: Shutterstock

“Hi! @HDFC_Bank, @HDFCBank_Cares, who gave you the right to call my father for my credit card bill? I have been paying the bill in time for months now, how are you going to justify calling my father who is not even a part of my account in anyway. Am I a minor? Is privacy a joke?,” said Aanchal Agarwal (@awwwnchal) on Twitter.

In a series of tweets Agarwal complains about the faulty bank app which is not letting her complete the bill payment and also raises concern about how women customers are being treated by the company. She goes on to write that she has decided to close her account with the bank.

Social media platforms are replete with thousands of similar posts where consumers are often seen tagging companies, complaining about their pathetic service or incessant calls. Unresolved complaints, bad telecom network, dysfunctional payment gateways and aggressive sales pitches are some of the most common consumer concerns.
Thirty-something Aisha Sharma (name changed on request), who recently moved to Mumbai’s plush suburbs tells Storyboard18 that she has been on the receiving end of real estate firm’s Lodha Group’s aggressive sales pitch. Despite informing the telesales executive that she had bought a house she was being pushed to buy a second home. Sharma hung up on the telemarketer and saved that number as ‘Don’t Pick Up – Lodha’.

Kochi-based 48-year-old entrepreneur Satish Nambiar (name changed on request) was at the hospital admitting a close friend in the emergency room of a hospital when he got a call from Bajaj Finserv. He said it's bad timing because he is in the middle of a medical emergency. What followed shocked Nambiar. The telemarketer was trying to sell him an insurance product. That's the first time Nambiar blocked a number on his phone.

Such anecdotal evidence aligns with data provided by caller ID and call blocking app Truecaller which reveals that India is fourth in the list of most-spammed countries globally.

A recent study from the company also revealed that 93.5 percent of all spam calls in India were sales or telemarketing calls, as tagged by users. Financial services comprised 3.1 percent of the spam calls, followed by ‘nuisance’ at 2.0 percent and scam at 1.4 percent.

Truecaller data also revealed that KYC (Know Your Customer) calls remained the common scam in the country with fraudsters pretending to represent banks or digital payment services and asking for KYC documents, as mandated by the Reserve Bank of India. The problem is so critical that over 202 million spam calls were made only by one spammer during the year.

Experts believe that ‘tele-calling’ can prove to be a double-edged sword in a brand’s armoury. Depending on what for and how it is used, this medium of marketing and communication can, on one hand, become a very powerful tool for a brand to create a unique brand pull among its customers. On the other hand, the same medium can easily become a powerful tool for brand destruction.

Ajay Kakar, the chief marketing officer of Aditya Birla Capital Limited (ABCL) tells Storyboard18 that data, analytics and an effective CRM can make all the difference at the back end. To pull up the requisite data that empowers the caller to hyper personalise the right message, the right proposition to the right person, and at the right time making you feel valued and special, because the brand seems to know details of your current relationship or future need.

“Unlike print, TV or mails, this combination of voice and intelligence can help make tele-calling the most personalised communication tool. To build memorable conversations and engagements with a brand. However, often, telesales calls give this medium and the brand they represent, a bad name. Not because they are sales oriented, but when they are unsolicited and used as a mere push medium. They come across as undesirable intruders in your private space and time,” he adds.

Banking, financial services and insurance (BFSI), real estate and telecom are the traditional culprits who have encouraged and sustained this malpractice and given telemarketing a bad name.

“…primarily due to their aggressive sales machinery which needs a constant flow of leads at any cost,” says Anil K Nair, CEO, India, VMLY&R. “Poor regulation and oversight, paucity of infrastructural investment and lack of a clear industry best practices and policy further results in all kinds of muddle and pain.”

To be sure, Telecom Regulatory Authority of India (TRAI) is playing a major role when it comes to mitigating fraud in telemarketing.

Vishwadeep Bajaj, CEO, ValueFirst, a firm that connects businesses with consumers over telecom and internet channels, informs that from September 2019 to March 2021, strict actions have been taken against unregistered telemarketers in violation of more than 250,000 cases.

The SMS industry has also been regulated with the introduction of Distributed Ledger Technology (DLT) which mandates all telemarketers to register businesses and send only approved templates.

“Since its introduction, ValueFirst has helped hundreds of brands onboard these offerings,” he shares.

Bajaj further notes that as the ecosystem has matured, the requirements for the telemarketing platforms have also evolved.

“Demand for regional language operators is on a significant rise, especially with the ecommerce and banking sector as they foray into emerging towns and cities. Similarly, with the startup communities, we see interest for customised and scalable solutions. Enterprises are also integrating IVRs into their telemarketing initiatives to make it more cost efficient,” he says.

“They need to have a strong data management engine, without which there will not be any accuracy while targeting consumers. The other aspect is to have a smart script while calling consumers. Most telemarketers are trying really hard and consumers see through it. There is a certain art and science behind getting telemarketing right. It has to be a conversation and not a sales pitch,” she notes.

VMLY&R’s Nair agrees and notes that brands should have a sustainable data policy, a structured data practice, and internal data control mechanisms which can result in better optimisation, lesser spends and more consumer satisfaction in the longer run, through the use of intelligence, modeling and data sciences.

Aditya Birla Capital’s Kakar believes that the opportunity is to make your tele-callers not only live your brand, but also come across as brand ambassadors. If done right, he sees spending on tele-calling as an investment in brand building. More so, if supported by metrics of success for the tele-callers that are weighed towards the quality of the calls and the experience.

“Rather than the volume of the calls managed or merely the sales generated, the brands who see tele-calling as a brand building tool will either in-source this operation, or treat the outsourced team as an extension of their own brand, through strict norms of recruitment, retention and remuneration,” he concludes.