Weekly Shorts: How YouTube and its influencers stay relevant and at the top of their game

What's buzzing in influencer marketing and the creator ecosystem? What's the next big thing coming down the line? Catch the big trends and hot topics in our weekly shorts 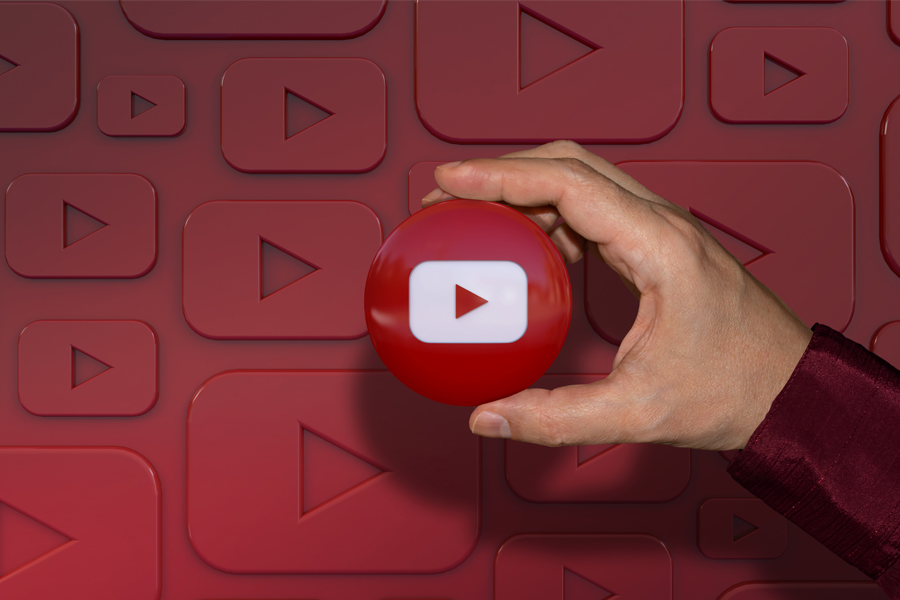 The proliferation of platforms and formats like short-videos have changed the influencer marketing game for marketers, brands and creators. In this fast-evolving space, keep up with the big trends and hot topics that matter in Storyboard18’s Weekly Shorts in collaboration with affable.ai, an end to end AI-powered influencer marketing platform. Track how creators, communities and brands are engaging with users and disrupting marketing to get a sharp and fast insight into present and future trends.

Influencers in India posted over 22M+ videos in 2022 on YouTube, more than any other country in Southeast Asia, according to affable.ai data. Be it the widespread adoption of smartphones, internet accessibility in rural areas, or content creators churning out stories in their regional dialect, multiple factors contributed to YouTube's soaring popularity in India in 2022.

The social media channel now serves as a source of income for many content creators. On the other hand, brands prefer YouTube to reach untapped target audiences. Interestingly, the general inclination is towards mega and celebrity influencers as they could generate higher engagement rates in average views.

Brands view this as an opportunity, given that the content virality of mega influencers is significantly higher than that of the other influencer categories. affable.ai has derived data about the influencer's engagement rates and demographics, which will help you navigate a hustle-free path to make an impact and grow your brand on YouTube.

Male users make up a significant percentage of the YouTube audience (75.59 percent of the total viewership), while female users make up 25.42 percent. Even if the numbers are small, the platform has great potential for connecting female consumers with several international and Indian brands. Data shows millennials (26-32) are the most active users, followed by 26.08 percent GenZ (19-25), proving the younger generation gives maximum views.

Number of YouTubers by Subscribers Count

The intriguing aspect of India's YouTube engagement data is that despite their small numbers, celebrities and mega influencers create maximum engagement. Celebrities have the highest engagement rate of 685287.3 percent than other influencer categories.

Micro and nano are still in their evolutionary phase to attract user attention. The mid-tier and macro influencer’s engagement rates are at 248623.30 percent and 165148.42 percent, respectively. On the other hand, nano-influencers achieved an engagement of 34477.21 percent and micro-influencers of 73849.92 percent.

In 2021, influencers generated 20M posts, which increased by 2.21 percent to 22M in 2022, the greatest growth in the SEA area. It shows that with the rising popularity of short and long-form videos, companies and content producers view YouTube as a platform for sponsored partnerships and building multiple touchpoints with users.Also read: Weekly Shorts: Three most interesting things in influencer marketing this week

Anshul Garg established the record company known as The Desi Music Factory. Over 33.5 million people had subscribed to the channel, with 32.56 percent female and 67.44 percent male. Gen Z and millennials make up most of Desi Music Factory's subscribers. According to data from affable.ai, there is an average of 71.02M views per video, with a total engagement rate of 3.37 percent. Each video receives an average of 62,41K likes and 34,01K comments. Estimated numbers for reach and impressions are 71.02 million and 10.05 million, respectively.

Busy Fun Ltd is an international funny channel that provides the best quality entertainment videos. With over 16.7M subscribers, the channel reached about 70.91 percent of the younger generation. The audience base is composed of 65.45 percent males and 34.55 percent females. The total engagement per video is 0.96 percent, with 40.33M average views. The channel’s average likes and comments per video are 149.71K and 1.75K. Whereas the estimated reach and impressions are 37.67M and 4.92M, respectively.

Desi Melodies is a universal music group founded by lyricist and singer Jaani and Arvindr Kharia, who is a director and filmmaker. Desi Melodies is mainly followed by the younger generation, giving 3.71 percent engagement per video and a 39.57M average view. The channel's average likes and comments per video stands at 488.46K and 24.98K.Also read: From Facebook to YouTube, which social network ranked highest among Gen Z and Millennials in 2022?

The Make Joke Of is known for its funny animated videos, which are exciting because of their native dialect from central India. The channel has grown and reached 11.9 M subscribers, with 85.53 percent being Gen Zers and millennials. The average number of likes and comments per video is 4.30 percent and 0.21 percent, respectively. The channel's estimated reach is 24.45K, and the estimated impressions are 21.35K per video.

Short Break from Armonks Media is the creator of short videos in India. Male users dominate the audience base at 61.19 percent, while female users at 38.81 percent. The total engagement rate per video is 9.24 percent, with 30.10M average views and average likes and comments per video being 1.64M and 1.42K, respectively. The estimated reach is 30.10M, and the estimated impressions are 5.34M.

Ashish Chanchlani is a popular name among the Indian audience. He rose to fame with funny videos and has been the preferred choice for brands like Marvel. Ashish has interviewed international stars and attended various film festivals. Currently, he has over 29M subscribers. The total engagement per video is 6.26 percent, with 36.69M average views per video. Average likes per video are recorded at 52.06K, and the average comments per video at 52.06K.Also read: How paid promos take the shine off YouTube stars (and tips for better influencer marketing)

Mani Meraj produces content mainly based on fun and entertainment. His subscribers are 91.37 percent males and 8.63 percent females. He has 6.59 percent of the total engagement per video and 25.70M average views per video. Average likes and comments per video are estimated at 25.70M and 412.21K, respectively. His estimated reach is almost 25.59M, and his estimated impressions 1.92M.

Round2hell content is based on fun and entertaining videos. Most subscribers are GenZ and millennials, including 91.57 percent males and 8.43 percent females. The total engagement rate per video is 1.01M, with about 24.56M average views. The average number of likes and comments per video is 938.48K and 46.11K, respectively, with an estimated reach of 24.65M and estimated impressions of 8.43M.

Jkk Entertainment content is based on entertainment and prank videos featuring content creator Chhotu ki Masti. Their audience base comprises 73.47 percent males and 26.53 percent females. The total engagement per video is recorded at 0.42 percent, with 23.96M average views per video. Jkk Entertainment video's estimated reach is 23.96M, and the estimated impressions are 10.98M. The average likes and comments per video are 117.47K and 1.94K, respectively.Also read: YouTube opens more pathways for creators to make money on the platform

Jingle Toons is widely recognized for its high-quality videos on animated video songs, stories, and educational content for kids. The channel's subscribers are primarily male, comprising 74.44 percent of the audience. The total engagement per video is 0.45 percent, with 23.72M average views. The channel's average likes and comments per video stands at 78.08K and 294. Their estimated reach and impressions are 23.72M and 9.18M, respectively.

This week’s Influencer Marketing Short is written by Pooja ParasuRaman, director of marketing, affable.ai, based on data from the platform.