Influencers aspire to turn "likes" into dollars through brand sponsorships, but these deals can erode their reputations, says research by Shunyuan Zhang. Marketers should seek out authentic voices on YouTube, not necessarily those with the most followers 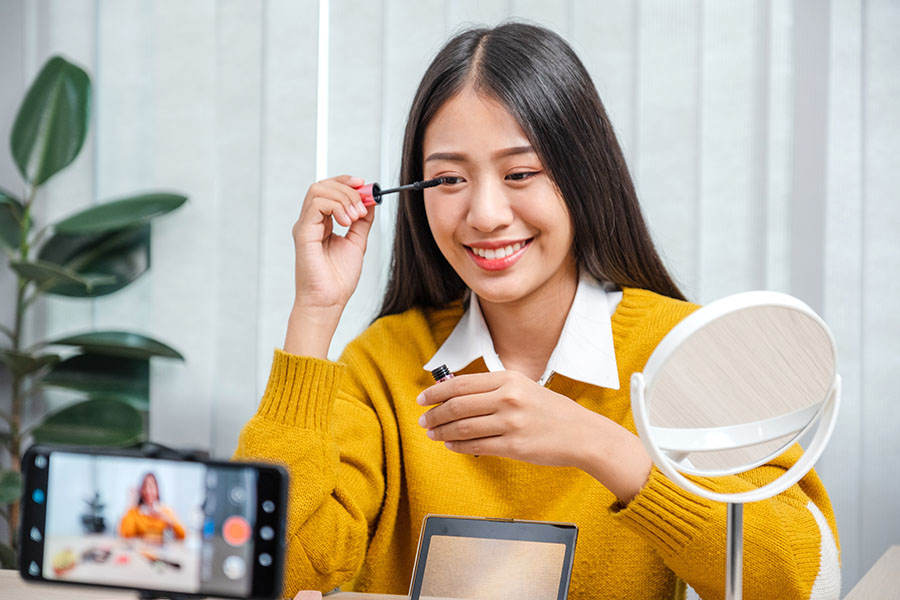 When influencers get popular enough, companies often pay them to promote products to their followers, a relationship they are typically required to disclose to viewers. Image: Shutterstock

YouTube influencers amass followers by filming everything from popping pimples to reviewing lipstick, with businesses watching closely for marketing opportunities. But audience loyalty only goes so far.

When YouTubers post too many paid promotional videos, their reputations start to suffer, as research by Harvard Business School Assistant Professor Shunyuan Zhang has discovered. Airing a sponsored video—versus original, unaffiliated content—costs an influencer 0.2 percent of their subscribers on average within three days following the sponsored post. A back-of-the-envelope calculation suggests that the effect translates to an average of $10,000 over an average six-year-career influencer.

Zhang and HBS doctoral student Magie Cheng detailed their findings in the newly updated working paper “Reputation Burning: Analyzing the Impact of Brand Sponsorship on Social Influencers.” They initiated the study because they were fascinated by the growing overlap between e-commerce and social media platforms, fueled by online celebrities who command outsized respect and trust from followers.

It’s a burgeoning area for marketers, and one they’d be well served to understand better. When influencers get popular enough, companies often pay them to promote products to their followers, a relationship they are typically required to disclose to viewers. Roughly three quarters of brands dedicate some budget to influencer marketing.

Overall, Zhang hopes the research will encourage marketers to “take a step back” when measuring success. They should look beyond easy clicks to consider influencer reputation as part of their advertising calculus, especially as sponsored content becomes more common.

“We should look at the impact of brand sponsorship on influencers’ reputations because, really, their social capital is the foundation of influencer marketing,” Zhang says. “If consumers aren’t perceiving social influencers as trustworthy and authentic, much of their marketing effort might not lead to a desired outcome.”

Also read: How has marketing changed over the past half-century?

The influencer marketing machine is huge and growing. The industry was reportedly valued at $6 billion in 2020 and is projected to climb to $85 billion by 2028, the paper says, citing Globe Newswire. To track how sponsored content affected influencers’ reputations, the authors collected data from more than 850 beauty-and-lifestyle YouTube influencers. They evaluated more than 85,000 videos posted over a one-year period that began in 2019 and found that almost 6,000, or 7 percent, were sponsored.

In the videos, influencers often tested cosmetic brands, offering recommendations and reviews. The researchers picked the beauty and lifestyle category because it attracts the highest amount of brand sponsorships on YouTube. The authors attempted to compare the behavior of influencers in sponsored videos and those in equivalent organic videos (i.e., videos without ads) across 33 video features, sizing up facial expressions, the sounds of their voices, rapidness of speech, and eloquence.

Almost 40 percent of influencers posted a sponsored video over the course of the year. The researchers found that influencers and marketers have a lot at stake if they don’t handle the relationship carefully. Influencers lose about 382,500 views a year, or $1,530 in annual income, related to reputation cost when viewers feel they’re pushing paid content.

5 lessons for marketers and influencers

Branded content doesn’t have to come at such a price, though. Companies and YouTubers can partner successfully and still serve viewers if they heed five pieces of advice from Zhang and Cheng’s research.

“Our finding is that, if you have a better fit, then the fit can really mitigate the reputation harm—because your audience is perceiving that this is more authentic. When it comes to fit, it matters not just what you post, but also how you post,” Zhang explains.
2. Influencers should sponsor below-the-radar brands. Influencers can protect their reputations by choosing brands mindfully, because audiences are less critical when an influencer posts sponsored content from an unknown company. We’re accustomed to our favorite celebrities peddling everything from cars to life insurance, but influencers occupy a different space in public perception, as seekers and discoverers.

“When influencers promote a brand, they’re also introducing a brand to their audience,” Zhang explains. “Even if [the audience] knows that the brand is sponsored, influencers’ brand discovery process is appreciated by the audience and thus can help mitigate the reputation harm.”

3. Influencers should talk more to appear authentic. Zhang was surprised to find that influencers who were more verbose tended to appear more authentic than those who were direct. “We think the reason might be that … viewers think: ‘OK, I know you’re not reading a script,’” she explains.

“This is likely because smaller influencers form a smaller community with their followers, and followers in that small community have a tighter, closer relationship,” Zhang says.

In fact, engaged followers might actually perceive an influencer who posts sponsored content as more legitimate. “They say: ‘Now brands are reaching out to you! I see that as an achievement,’” Zhang explains.

5. Marketers should consider leveraging, not suppressing, influencers’ personalities. While a well-known TV star might trot out a cheesy motto for an insurance company with little reputational harm, the same isn’t necessarily true for influencers.