Marketing marked improvement: Credibility and the promise of change 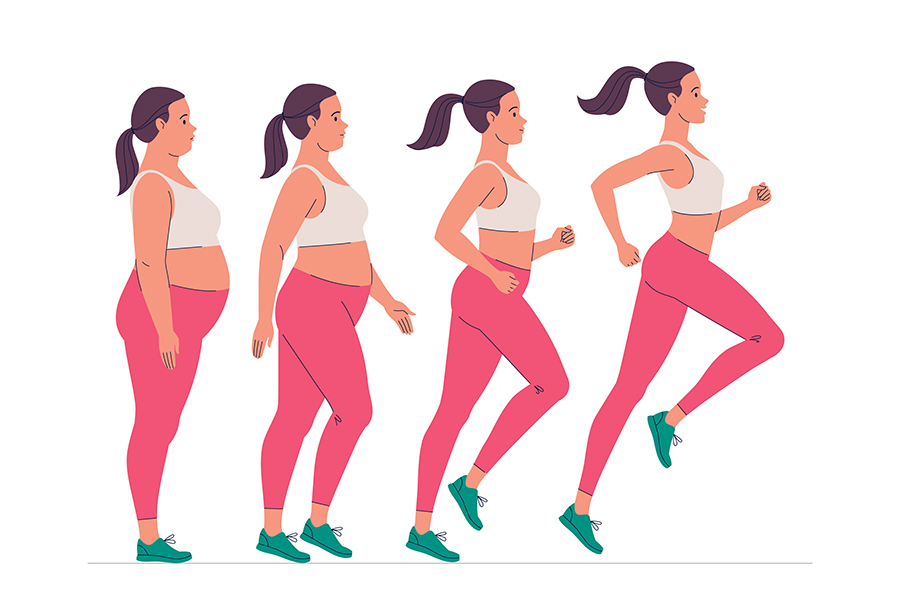 Weight loss aids, teeth whiteners, hair-growth serums: The market is crowded with personal improvement products, and when wooing customers, marketers naturally want to promote the best possible outcomes. In an effort to emphasize value and represent life-changing effects, they often include dramatically different “before” and “after” photos in advertisements.

After all, it seems intuitive that consumers would be motivated by the drastic impact a product may have. Why distract them with visualizing the gradual progression? Wouldn’t that come with the risk of discouraging them with a reminder of the effort and time it may take to achieve the desired results?

Before and After or Process and Progress?

Actually, the common advertising “before and after” tactic is frequently not the most effective. That’s the finding of new research by Darden Professor Luca Cian, Chiara Longoni of Boston University and Aradhna Krishna of the University of Michigan. The team of marketing experts concluded that consumers preferred learning about the incrementally less drastic — but more authentic — steps of personal change.

“We thought it might be more persuasive to study a process of change. Instead of seeing photos of a bigger and slimmer person next to each other, imagine seeing multiple photos of a progression as a person gradually becomes slimmer,” says Cian of the study, which was published in the Journal of Marketing Research. “The ad becomes more credible, and clearly credibility is fundamental to ads that promise change.”

The findings are important because they provide evidence that marketers should consider more thoughtful ways to position personal improvement products in the increasingly competitive marketplace.

The research also benefits consumers, says Cian, because these advertisements can promote some positive change, such as more moderate alcohol consumption: Visual progressions of the negative effect of alcohol on a brain were found to be more persuasive than before/after images.

In the study, Cian, Longoni and Krishna tested the effectiveness of before/after ads vs. progression ads by sending an assistant to approach 100 people who were walking through a Boston square to ask what they thought about the opening of a fictitious wellness center. The assistant gave half the passersby a leaflet with two photos: a man before and after weight loss. A second group was shown a brochure including three additional photos to show his progression. All participants were then then asked to sign a fake petition in favor of opening the center.

The team validated the hypothesis in a second study, this one conducted at The Behavioral Research at Darden (BRAD) Lab. They asked 121 people their opinions of an at-home teeth-whitening product. In that scenario, participants also preferred the progression ad.

The finding might seem counterintuitive. Wouldn’t participants be more motivated by a focus on the final and drastic reward, rather than the process?

Not exactly, says Cian. By seeing all the stages of a self-improvement process, the participants were able to mentally simulate what’s involved in achieving a goal. “The fact that you can see the progress makes you think it’s more believable,” he says. “We all know it takes time to lose 30 pounds. In people’s minds they can see there are baby steps. They are able to think, ‘I could do that!’ Therefore, they find the ad more realistic and, consequently, have more positive attitudes toward the product advertised.”

Despite the potential of progression ads for programs promoting personal improvement, they shouldn’t always be a marketer’s first choice, says Cian. That’s because for some products, such as medications that relieve headaches or congestion, consumers reasonably expect and prioritize a quick fix. An ad showing the intermediary steps would be perceived as taking more time than a before/after ad. “It can backfire if people expect a product to work instantaneously,” he says.

But for self-improvement transformations that occur over weeks or moths, Cian asserts that progression ads are more strategic. He hopes the team’s findings will encourage public policymakers, in addition to companies, to use them more; for example, public health messages might be more effective with clear and realistic visuals, as the researchers found in the study showing the detrimental effects of alcohol on the brain.

Luca Cian co-authored “Advertising a Desired Change: When Process Simulation Fosters (vs. Hinders) Credibility and Persuasion,” which appeared in the Journal of Marketing Research, with Chiara Longoni of Boston University and Aradhna Krishna of the University of Michigan.

Tweets by @forbesindia
Facebook took the longest to reach a billion monthly active users; TikTok, Messenger, the least
How the global appetite for leather seats in luxury SUVs is worsening deforestation in the Amazon