Media attribution in marketing: A primer

There are several complex machine-learning-based methods that firms can use for media attribution. But developing an attribution model is a gradual process. You can't get there all at once 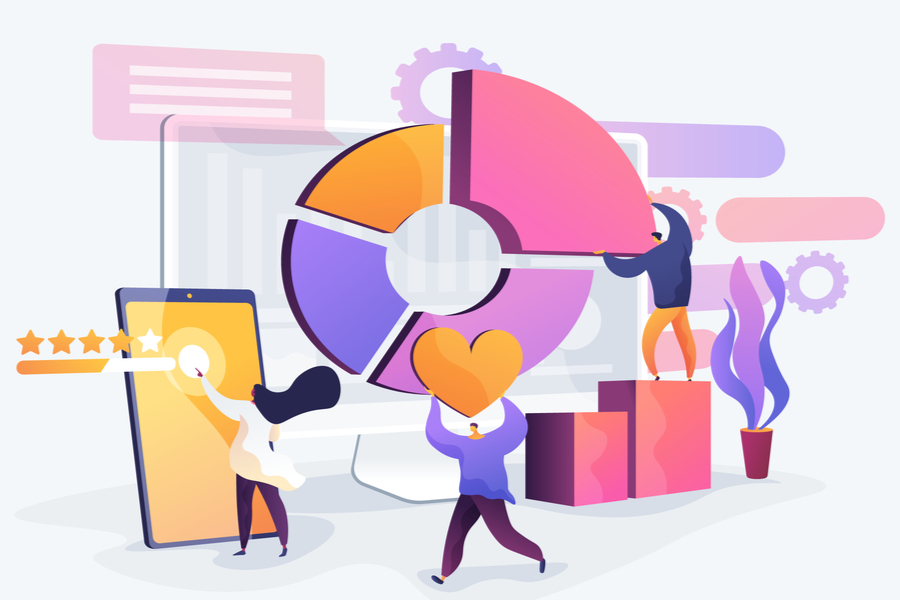 Identifying the contribution of different media channels to the acquisition and retention of customers very challenging
Image: Shutterstock

Media attribution is a critical issue for marketers. Consumers use the internet and social media to search for information about products, consult product reviews and engage in word of mouth about products on social media platforms. Marketers have access to data from these activities, which allows them to track individuals’ various interactions with a brand before they make a purchase, and to better understand what role each interaction — and individual preferences — played in the eventual sale. Digital media thus provides marketers access to fine-grained data about consumer interactions with brands.

But it also makes identifying the contribution of different media channels to the acquisition and retention of customers very challenging.

The approach marketers use to identify the value of each media channel is called attribution modeling. This allows companies to attribute appropriate credit to each online and offline contact and touch point in a customer's purchase cycle, and to understand its role in the revenues that ultimately result. A good attribution model should show, for example, precisely which ads or search keywords are most associated with actual purchases.

There are several complex machine-learning-based methods that firms can use for media attribution. But developing an attribution model is a gradual process. You can’t get there all at once. There are four key stages in the journey:

You cannot have an attribution model without data around touch points and outcomes. Many companies collect these data but often store the information in different databases and in ways that make comparison difficult. Once companies can access and analyze data around touch points and purchases, they can detect patterns and are ready to apply simple attribution models. These involve applying rules of thumb, such as “give all credit to the last point of interaction” or “give equal credit to all points of interaction with the customer before a purchase is made.”

They may sound simplistic, but even simple rules-based models can deliver immediate results. This was the case at one company I recently advised. Only after considerable effort to get data for each touch point aligned in one repository could the company begin to figure out sensible rules of thumb to guide marketing investments. It began by simply allocating resources to each touch point as a direct function of that touch point’s marginal return on marketing investment (ROMI). Even this rather rough-and-ready approach sharply improved the company’s overall ROMI.

As managers get more comfortable with a rules-based model, they can begin to conduct experiments to fine-tune the attribution rules. Most importantly, they can start to assess the degree to which a given touch point depends on other touch points, by, for example, testing a search tool’s role in a customer’s cycle by turning display advertising on or off. This allows managers to identify clusters of touch points that might individually look less powerful but that collectively pack more punch than those that look strongest individually.

An insurance company I interviewed conducted several regional experiments to evaluate the synergy of television, organic search and display advertisements. The company varied the exposure of its consumers to television ads across the different regions it served. It found that organic visits to the website and display advertisement click-throughs all increased disproportionally in a region when consumers there were also exposed to television ads. This experiment motivated the firm to start coordinating its marketing campaigns across media channels.

Companies that are experienced in identifying and testing simple patterns that arise from the data soon become ready to try out more sophisticated attribution models, typically involving multivariate regression analysis, which uses a machine algorithm to look at the relationships between variables and determine which have the most impact, and sometimes even Bayesian estimation to determine conditional probabilities and complex interaction patterns among the media channels. These models offer formulae that allow marketers to determine with some confidence which touch points to invest in, the synergy obtained from multiple consumer exposures to the same media over time and how much to invest in each channel relative to the others. Importantly, these models explain and predict. While they are not perfect, of course, following the attributions determined by the models will, as with the initial application of simple rules, usually deliver an improvement in ROMI.

A retailer I worked with used multivariate regression analysis and Bayesian estimation to understand the effect of repeated exposure of consumers to their targeted offline communications. The analyses showed that the retailer needed to communicate in all channels but could decrease the rate of communications in the three months following the first touch, rather than maintaining a constant stream of messages. Acting on this finding boosted the ROMI of the retailer’s offline communications by at least 10 percent.

Stage 4: Expand the scope of analysis

So far, the marketer has been making attributions based solely on an analysis of the customer’s purchase journey, meaning how the company has touched the customer from the start of the purchase cycle to its conclusion. But a customer’s choices are also strongly determined by experiences that take place outside that journey, both in terms of time and in terms of with whom the customers is actually interacting.

To gauge the effects of out-of-time interactions or interactions with other parties, companies can turn to the fancier creatures in the bestiary of statistical methodologies. Panel vector-autoregression (Panel VAR) models, for example, can be used to model the effect of a company’s television advertising in the current time period on the effectiveness of other media channels (e.g., paid-search click-through) in future time periods. Of course, these statistical models then can be combined with subsequent experiments to test the very recommendations from the statistical models in the field.

A software company I advised developed such a statistical model and improved it over iterations in order to understand the attribution rules across offline media (such as television and radio) and digital media (branded and unbranded search, display and so forth). While a “last point of interaction” rule would have given all credit to branded search for this company, an advanced statistical model like a Panel VAR accurately showed this company that clicks coming through branded search were boosted by TV advertising. Subsequent to this analysis, the company in fact increased its investment in TV rather than decreasing it. Implementation of this new strategy led to a substantial improvement in total ROMI for this company.

Tweets by @forbesindia
"Mindset, Personality and Skill are the Foundation of Success": A Discussion with Mahan Teymouri
Creative Galileo gets $2.5 million in seed round from Kalaari, others