They have evolved with changing industry dynamics, adopted new technology, and made prudent financial decisions 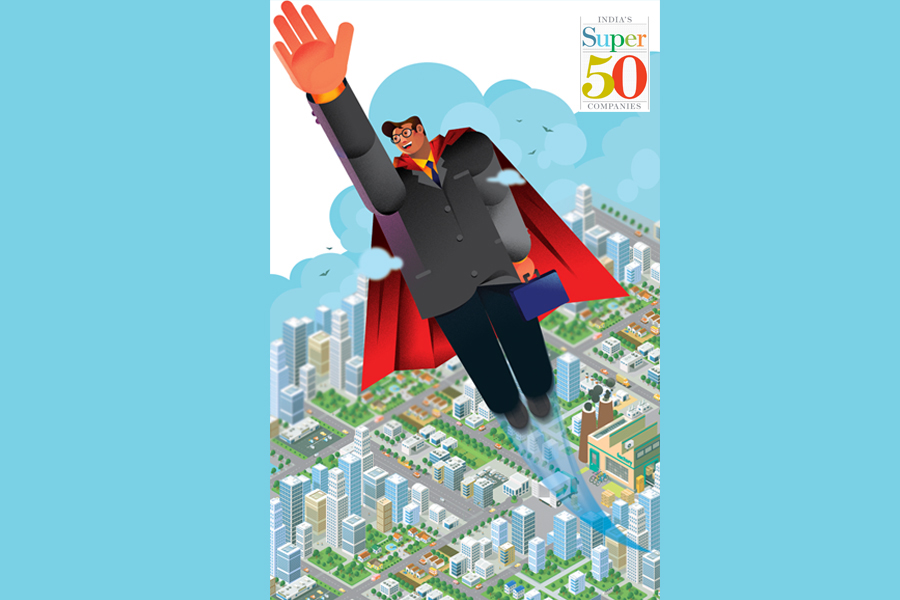 The year gone by has been an interesting one as India witnessed the biggest change in its taxation system since Independence, in the form of the Goods and Services Tax (GST). Despite the teething issues, along with the effects of demonetisation, companies across sectors handled this transformation well. As a result, India’s GDP grew at 7.7 percent in the fourth quarter of FY18. While India Inc has rejoiced in this triumph, a few companies have overshadowed others with their astute business strategies and sound decision-making. We have observed some commonalities in the direction these companies have taken, which earned them a spot in this year’s Super 50 list.

Inorganic growth
Charles Darwin said: “It is not the strongest or the most intelligent who will survive, but those who can best manage change.” In today’s dynamic business environment, companies that have the agility to manoeuver their course of action are the ones that survive and prosper, while those that fail to innovate and future-proof their businesses are left behind. Nearly 42 percent of companies on last year’s Super 50 list have not made it to this year’s list.

While most companies chart a linear growth path, some take the inorganic route to fast-track their reach. The majority of the Super 50 companies this year have exhibited this trait, with more than 50 percent of them entering mergers and acquisitions in the last three years.

While the rationales behind these deals vary for each company, they were carried out to fulfil three broad objectives: 1) Expansion: Foraying into new geographies, expanding product portfolio, entering new sectors, and increasing market share; 2) Margin improvement: Increasing operating efficiency, reducing cost through synergies, and hiving off low-margin, non-core and less innovative assets; and 3) Capability enhancement: Accessing new technology or production capability. Of these three, business expansion took the top spot among the Super 50 companies, followed by margin improvement.

Nearly two-thirds of the companies that made acquisitions have done so overseas, to expand their share in the global market, as well as to leverage on foreign technology to manufacture products domestically and offer an enhanced product portfolio to Indian consumers.

Deleveraging balance sheets
India’s banking system is sailing through rough seas: If ballooning bad loans were not big enough a problem, numerous fraudulent transactions have compounded difficulties. On the one hand, there are credit hungry companies that have plagued their books with debt, while on the other there are a select few that have reduced their debt, either by using internal accruals or by raising funds through asset sale. The latter is the trait exhibited by the Super 50 companies. Notably, eight Super 50 companies (excluding those in financial services) were debt-free as of March 31, 2018, and another 12 reduced their debt levels in FY18, compared with the previous fiscal.

It is also noteworthy that even companies that raised additional debt over the last two years have done so judiciously, maintaining their overall debt-to-equity levels. Nearly 18 of the Super 50 companies (excluding those in financial services) registered a decline in their debt-to-equity ratios* in FY18, with most reducing these ratios consistently over the last two years. One of the factors that helped reduce these levels was the constant growth in profits, which was propelled by higher consumer demand, increased commodity prices, and greater demand for exports.

These companies have still been able to grow their topline and profitability as well as generate good shareholder return, proving that prudent capital management strategy prevails over aggressive, overambitious business motives.

Higher capacity utilisation
The past three years have witnessed a swell in consumer demand, aided by a stable central government, greater purchasing power and improved sentiment in local and global markets. The Super 50 companies (excluding those in services) seem to have shifted gears to fulfil this heightened demand, with their average capacity utilisation reaching more than 80 percent# in FY18. Moreover, most of them were able to foresee the trends and augment their production capacities in advance, while others have announced plans to follow suit. The automotive sector grabbed the top spot with about 85 percent utilisation in terms of volume.

The Indian automotive industry is on the brink of massive transformations, with a shift to BS-VI norms and electric vehicles. Auto companies on the Super 50 list, while gearing up for these changes, have collectively earmarked capex of more than ₹8,700 crore for FY19. These investments are expected to enhance production capacity, expand distribution network, develop new products, adopt new technologies and BS-VI norms.

Closely behind, with capacity utilisation of about 83 percent, is retail and consumer products. Consumer-facing companies have been reporting strong numbers, accelerated by macro and micro factors: Strong GDP growth, rationalisation of GST rates and revival of rural demand have culminated in better overall demand.

FY18 was not an easy year for India Inc, as the industry had to cope with multiple changes at a macro level, and FY19 is poised to be a critical one as the country gears up for the general assembly elections in the first half of 2019. The country will be eagerly watching the outcome of these elections, and only time will tell how India Inc prepares itself for it.