As it stands, the climb out of India’s longest-ever economic slowdown in the post-1991 period will be a very slow one. Particularly because all hope of growth is so dependent on an election 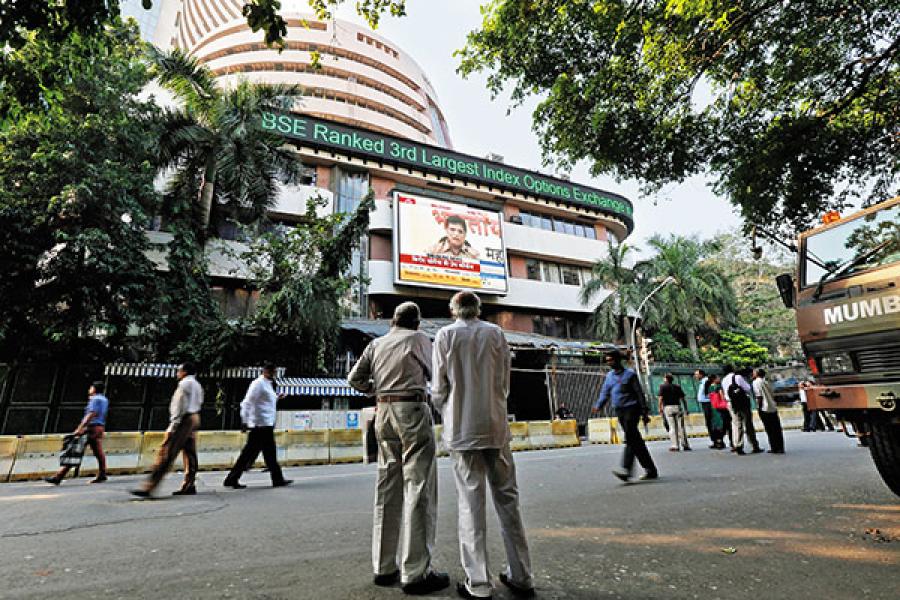 Image: Mansi Thapliyal / Reuters
Domestic consumers and investment demand can put the zing back into the economy, but these have been muted of late

Is the Indian economy finally turning the corner? A lame duck government heading towards an election is desperately hoping for a decisive ‘yes’ as an answer. No effort is spared to tom-tom even the faintest positive indicator as green shoots of recovery. Unfortunately, these green shoots just don’t grow enough to alleviate India’s bleak economic landscape.

A welter of economic figures is sending out mixed signals. Clutching-at-any-straw government economic managers take heart from second quarter overall growth figures, which are a bit higher than the first quarter numbers. HSBC India’s purchasing managers’ index (PMI) for November shows a slight improvement. The current account deficit is much lower than the worrying levels of around 5 percent that it had touched.

But hold the hurrahs a bit. All the positive signs have shaky foundations. Industrial production was flat in April-October, and bellwether sectors like capital goods and consumer goods are in the dumps. Imports may not be filling the gap. Non-oil imports in April-November dipped 9.5 percent. The infrastructure sector is lagging. The climb out of India’s longest-ever economic slowdown in the post-1991 period will be a very slow one.

The robust farm sector growth in the second quarter came thanks to a good monsoon. But a bad monsoon next year could spoil the rural story in 2014-15. There was a slight uptick in industrial recovery in September, but that was driven by double-digit export growth for four months, thanks to a faint global recovery and a weakening rupee. But with just a 17 percent share in GDP, exports can’t put the zing back into the economy.

What can do that is domestic consumer and investment demand. Where are these?

Festival season spending was muted and, worryingly, people aren’t planning on loosening their purses soon. In the Reserve Bank of India’s quarterly Consumer Confidence Survey for September, only 28 percent of the respondents said they would spend more in the coming year, down from the 50 percent plus trend since December 2012. Correspondingly, the percentage of people saying they will spend less doubled between June and September. Major purchases—house, vehicle or white goods—are not on the agenda for over 65 percent of those polled. Another RBI survey—inflation expectations survey of households for September—shows that people are extremely worried about inflation and a majority expect prices to rise more than the current levels in the year ahead. What has saved the day for now is rural demand. From fast moving consumer goods to two-wheelers, much of the growth is coming from India’s hinterlands. But a bad monsoon next year could see this vanish.

If consumers are not going to spend, industry is hardly likely to invest, especially given idle capacity in several sectors. The latest data show a slight increase in investment activity, but this isn’t holding out much hope. “How can a 2.6 percent growth in the second quarter over a 1.6 percent decline in the first quarter be significant?” says Devendra Pant, chief economist, India Ratings. Some of this has come from stray private sector projects and a few of the Rs 3 lakh-plus crore worth of projects the Cabinet Committee on Investments has cleared. Investment activity might further pick up if all the other projects come on stream soon, unhampered by unexpected roadblocks. But it will take another six months for this to trickle down through the economy and perk it up. Besides, these are all pending projects. Where are the new projects? “The outlook is very bleak,” says Anil Bharadwaj, secretary-general of the Federation of Indian Micro, Small and Medium Enterprises. “Large companies are not investing, that is going to affect us.” 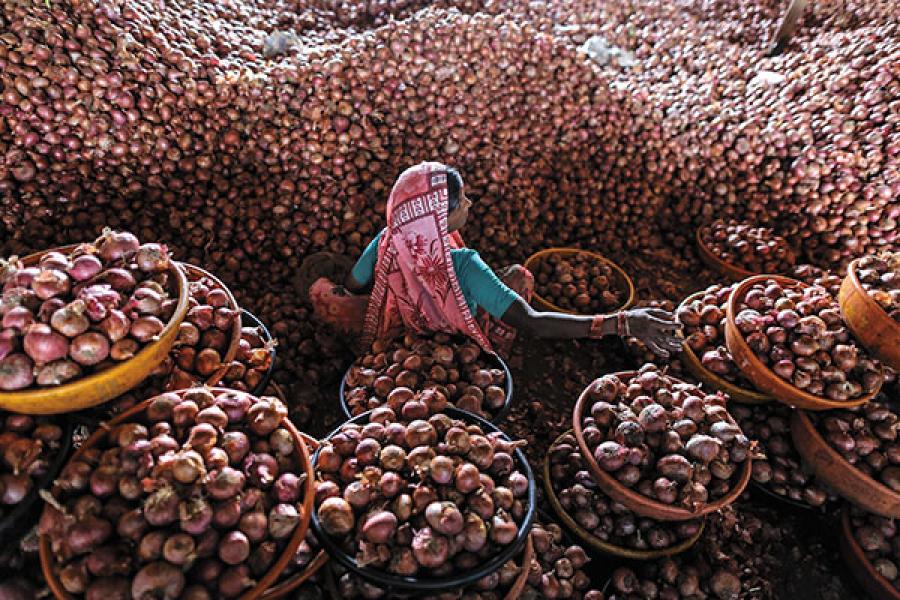 Image: Getty Images
The robust farm sector growth in the second quarter came thanks to a good monsoon. But a bad monsoon next year could spoil the rural story in 2014-15
Across sectors, the private sector is wary of investing. Everybody is waiting and watching—to see what the 2014 general elections have in store. Never before has economic growth been so dependent on an election. What industry is looking for is a decisive government, with a clear reformist agenda for the economy. But if industry is going to hold off taking investment decisions till mid-2014, then there’s no chance of the economy reviving till the end of the year, perhaps even later. And if any new government continues with bad economic policies or waffles over decisions, then there’s little hope for India.

Remember there are wild cards that could spook things.

There’s high inflation—propelled largely by food prices. There are supply side issues that are just not being addressed and if there is no relief, consumer sentiment and demand will remain subdued.

If the mess in the coal sector is not sorted out soon, the power sector will languish and the economy just can’t afford that.

The United States-Iran nuclear deal could see some easing of oil prices, but there are also worries about the OPEC cartel re-asserting itself. That could see prices hardening.

There’s also the looming threat of the tapering of the United States Fed’s quantitative easing policies, which could see foreign institutional investors pulling their greenbacks out of India. The current account deficit may have narrowed for now, but will that then hold?

The most dangerous one is how the government will respond to the thrashing that the Congress got in the recent assembly elections. Will it decide it doesn’t stand a chance in the 2014 elections and lay booby traps for the next government, announcing populist schemes that will strain the exchequer and distort the economy? Or will it behave responsibly in the next few months and do things that will put the economy back on a recovery path? But it faces a dilemma here. The fiscal deficit till October was already 85 percent of the full year target. Should it put a lid on big ticket spending to stick to the target or let it cross 4.8 percent of GDP? The economy will suffer either way.

So even if the economy miraculously grows 5 percent in 2013-14, the chances that it will be sustained look extremely iffy, right now. Don’t even think of a return to a high growth path for now.

Tweets by @forbes_india
Is the Real Estate Bubble Big Enough to Naturally Burst in 2014?
5 Things Bollywood Needs to Get Rid Of