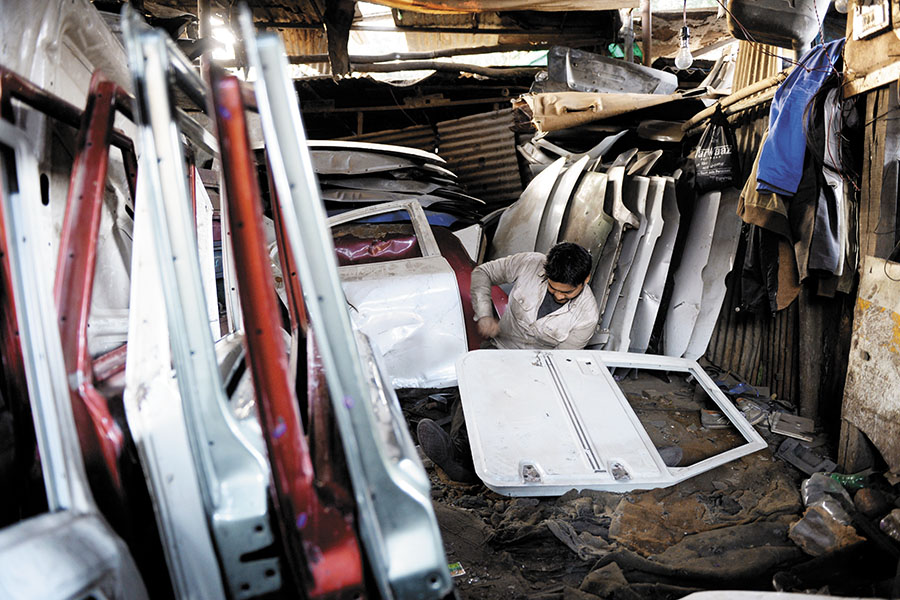 In India, anybody who wants a job has one, but not the wages that he or she wants or needs
Image: Sajjad Hussain / Getty Images

Since the 1970s, India has been stuck in a low-level equilibrium with large transmission losses between how the law is written, interpreted, practiced and enforced. This ‘sense of humour’ about the rule of law has been dissolving since economic reforms began in 1991, but suffered its biggest blow on November 8 this year with the central government’s move to demonetise high-value currency notes (Rs 500 and Rs 1,000) and the consequent requirement that such notes be deposited in banks or exchanged for new ones.
Of course, demonetisation is only one of the many steps that are needed to end black money, but it is an important step that has at least five upsides vis-à-vis productivity and wages, cost of real estate and money, terrorism and crime, corruption and rule of law.

Former chief economist at IMF and professor of economics at Harvard University Kenneth Rogoff’s book The Curse of Cash is clear that high-value paper currency is responsible for many of today’s intractable problems. He believes that moving to a society in which cash is used less frequently, and mainly for small transactions, will have a positive impact on corruption by public officials, terrorism financing, the drug trade, tax evasion, human trafficking, informal employment, money laundering and extortion. 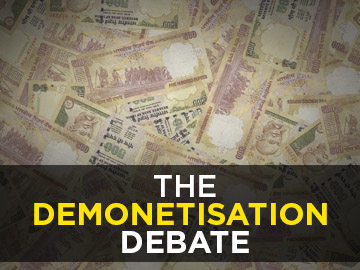 Rogoff believes that physical cash is still the most preferred for criminal activities because of its anonymity, portability, liquidity, and near-universal acceptance. Since 80 percent of physical cash is in $100 notes in the US, and since a million dollars in $100 bills weigh just 10 kg and can fit into a shopping bag, he says getting rid of the denomination will make it harder to count, verify, handle and store large amounts. According to Rogoff, physical cash is used far more for illegal activities than for legal ones and he advocates a “less-cash” society, although not a cashless one.
His works have important implications for a country like India, so let’s look at five upsides of the recent demonetisation move:

Productivity and Wages
India’s problem is not jobs but wages; anybody who wants a job has one, but not the wages he or she wants or needs. The war on black money has big positive implications for India’s formal jobs because 100 percent of net job creation in the last two decades has happened in small, low-productivity enterprises; of India’s 6.3 crore enterprises, 2.4 crore do not have an office or address, only 85 lakh have any form of tax registration, only 11 lakh pay the mandatory provident fund, and only 18,000 companies have a paid-up capital of more than Rs 10 crore.

If you rank manufacturing companies by size, firms at the 90th percentile and 10th percentile have a difference in productivity of 22 times. Productivity comes from the access to talent and credit that comes from formalisation. Over the next decade, I anticipate that the number of enterprises in India will decline by over 50 percent, ending the self-employment that is self-exploitation, and low-productivity informal firms that operate in cash. The US economy is more than seven times the size of India’s, yet enterprises there number only a third of that in India as informal enterprises find it hard to exist and exploit workers.

Price of Real Estate and Money
India has long mispriced land and money. Analysts like Saurabh Mukherjea of Ambit Capital suggest a huge decrease in the price of both; he believes India’s low rental yield of 2 percent reflects our black economy because globally, rental yields and borrowing rates are similar. He estimates that rental yields will double as the price of residential real estate halves. This is important for labour migration. At a recent job fair, a job seeker told me: “Give me Rs 4,000 in Gwalior, Rs 6,000 in Gurugram, Rs 9,000 in Delhi and Rs 18,000 in Mumbai; my bags are packed, so tell me where you want me to go.”
This purchasing power parity model reflects a massive divergence between real and nominal wages and is an outcome of mispricing real estate in big cities. The coming cratering of real estate will be wonderful for labour migration, low-rental and low-cost housing. This mispricing extends to money; we have among the highest nominal and real interest rates in a world that is awash with capital and has $13 trillion of government debt trading at negative interest rates.Saurabh also estimates the shift from black to white savings (banks received over Rs 3 lakh crore in deposits in the first seven days of demonetisation) could reduce our interest rates by 350 basis points (one basis point is one hundredth of a percentage point). Ending the mispricing of real estate and money is wonderful for entrepreneurship, global competitiveness and job creation.

Terrorism and Crime
For somebody born and brought up in Kashmir, like me, it has long been obvious that a huge amount of terrorism is financed from across the border and Pakistan is a huge source of counterfeit notes. It is also clear that a huge amount of the drug trade, extortion, kidnapping and other forms of crime are conducted, lubricated and amplified by physical currency. The Financial Action Task Force—an inter-governmental organisation that develops policies to combat money laundering—in an October 2015 report titled ‘Money Laundering through the Physical Transportation of Cash’, estimated the amount of physical cash involved in crime to be hundreds of billions of dollars globally. Demonetisation greatly disrupts the financial supply chain of criminals and terrorists.

Corruption
Besides the informal sector, the biggest source of black money is corruption. It is important to acknowledge that the demonetisation of high-value notes does nothing to cut the roots of future corruption; that needs a re-imagination of the state, with lower ‘regulatory cholesterol’; a new citizens’ interface (paperless, ‘presence-less’, and cashless), lower discretion, massive improvements in the ease of doing business, better urban infrastructure and much else.

Rule of Law
The most long-term and highest impact of the demonetisation comes in re-legitimising the rule of law. Black money is the biggest enabler of mutilating law enforcement and this decision simultaneously influences the supply and demand of discretion. A society that is based on rules is richer than one based on deals, but that is possible only if you dry the swamp. The biggest impact of this action is changing the norms of what is expected, accepted and acceptable. A society’s norms and values—what philosophers call unacknowledged legislation—are much more powerful than legislation and there is nothing cultural about black money. We don’t have to be Western to be modern.

Mahatma Gandhi once said that the gap between what we know and what we do could solve our problems. After decades of rhetoric, decisive action on black money, however painful, bridges the gap Gandhi talked about. And, as a lawyer, he would have been delighted with the end of India’s sense of humour around the rule of law.