World War reads: Beyond the Classics

For those who're done with World War classics, here's a less-touted but equally significant list of titles 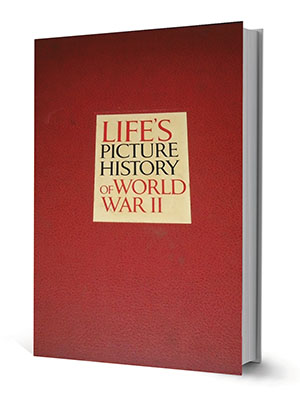 My interest in the Second World War (WWII) can be traced back to the time when a grand-aunt presented me with a copy of Life’s Picture History Of World War II—a giant (the length and width stood out more than the thickness), red leather-bound copy. This was around 30 years ago and the book, I was told, had gone “out of print”. It was, then, a treasured collection of some of the best war pictures from Life magazine, taken during that period (1939-1945), chronologically arranged with captions and limited additional text.

The book became a precursor to a much longer journey through the many words of war. And to a whole new appreciation of associated works: Consider that even Commando comics started to make a little more sense.

Over the years, I have tried reading different genres of literature related to the World Wars, but mostly the second one. I discovered literature pertaining to the First World War I (WWI) only much later. And realised that the volume of work was such that one couldn’t hope to read even a reasonable fraction of it in one lifetime.

There were the classics: The Longest Day by Cornelius Ryan, The Rise And Fall Of The Third Reich by William Shirer; The Diary Of Anne Frank by Anne Frank, Slaughterhouse-Five by Kurt Vonnegut and The Eagle Has Landed by Jack Higgins among others.
And, of course, I read them all.

Then, those done, I discovered other books: All as enthralling but relatively under the radar, pointing to the fact that ‘greatness’ and ‘fame’ for a book are subjective and personal—as is my selection of the following five titles.

Mimi and Toutou Go Forth: The Bizarre Battle for Lake Tanganyika
by Giles Foden 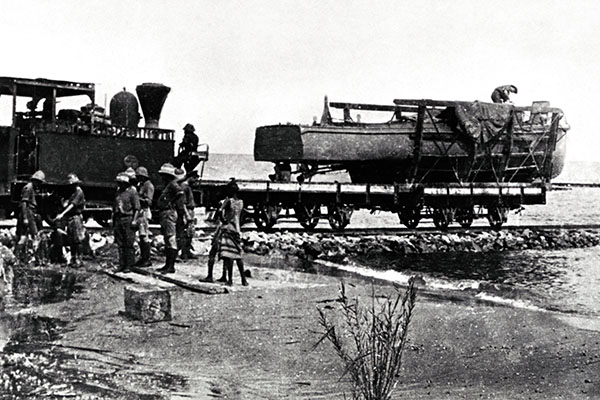 Boat Mimi is launched into Lake Tanganyika in October 1922

This book was written relatively recently —as late as in 2004. Goodreads, in fact, classifies this book as a combination of ‘non-fiction’, ‘history’, ‘war’ and ‘Africa’. This is a retelling of a series of bizarre naval engagements between the Germans and the British during WWI in a theatre that hasn’t found mention in too many books—Lake Tanganyika in East Africa. Mimi And Toutou Go Forth: The Bizarre Battle for Lake Tanganyika tells the story behind the strategy that was formed in the admiralty halls in London, the battles that were fought on the placid waters of Lake Tanganyika (Tanganjikasee in German) and the thousand-mile journey overland to get two boats (Mimi and Toutou) afloat on the lake. The African landscape comes alive in Giles Foden’s language as the party marches from South Africa to the lake through Belgian Congo (Democratic Republic of Congo in the present day). There’s a subtle commentary on Colonialism as well, told through the often absurd behaviour of the chief protagonist and his posse. Intriguing characters aside, this is ultimately a tale of courage, perseverance and ingenuity. And as offbeat a book as one is likely to find on WWI or any war for that matter.


Empire of the Sun
by JG Ballard 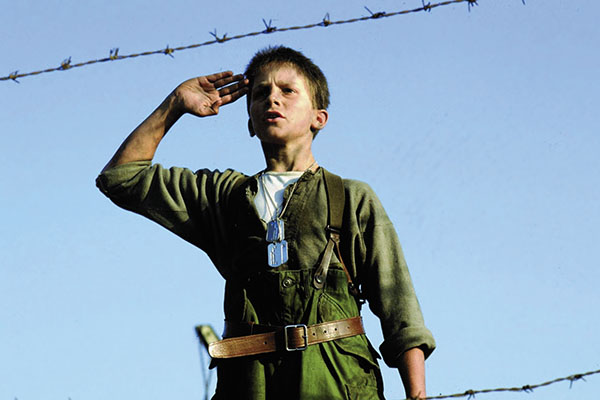 
A true WWII classic, made more famous by Steven Spielberg’s film, Empire of the Sun, written in 1984, may not often find a place on many shelves housing war books. It is, however, an outstanding tale of courage, self-preservation and survival, and even possibly of coming of age in a world that made little sense to young Jamie Graham, the hero of the book. The setting is Shanghai in China and it covers the period from the Japanese attack on Pearl Harbor to the atomic explosions in Hiroshima and Nagasaki. Separated from his parents, Jamie is interred in a Japanese concentration camp. He has to use every ounce of his ingenuity to survive the camp before he ultimately reunites with his family at the end of the war. The story has all the familiar elements of war accounts—internment, starvation, death marches and survival by the skin of one’s teeth. Underlying all of these is an unbelievably strong human element and the description of a cruel, bizarre world seen through the not-so-cynical eyes of a young boy. 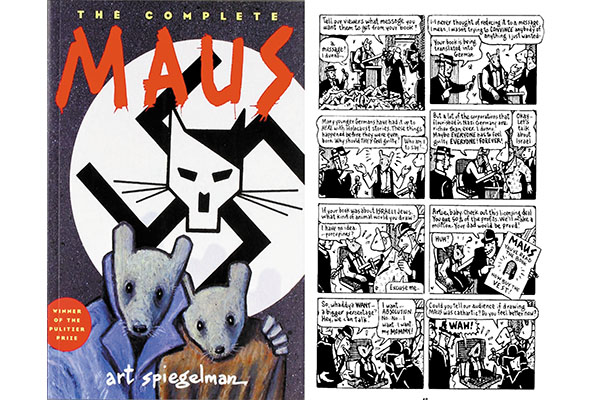 Difficult to typecast into any one genre, the Pulitzer-winning Maus is a contemporary classic. Written as a graphic novel, it may not have enjoyed wider mainstream following among WWII aficionados, but it is a significant account of living and surviving in Hitler’s Europe as a Jew. The use of cartoons as the medium doesn’t diminish the horrors of concentration camps, the fears of constant persecution, the indescribable sensations of surviving the Holocaust and the deep sorrow from knowing that a number of loved ones didn’t make it through to the other side. Narrated through a series of interviews (with the author’s father in the US) and depicted using different animals for various identities (Germans as cats and Jews as mice, for example), this tale, published in 1991, offers an intimacy not only with that period of 1939-1945, but also of the time following the war by tracing the post-war lives of survivors, though in a different continent. 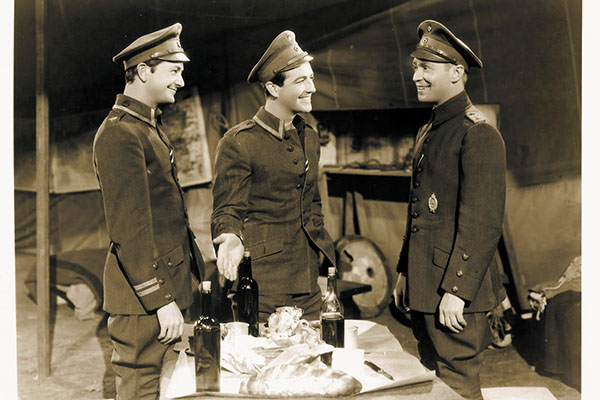 Perhaps a lesser-known work from the author of the more famous All Quiet On The Western Front, Three Comrades, first published in 1936, is not directly about the World Wars but both conflicts do cast their looming shadow on the plot. The story revolves around three best friends in a large German metropolis in a period between the two wars and their struggle to make sense of a world that they only partially understand, at best. It is a story of beautiful friendship amidst the ruins, deprivation and hyper-inflation post WWI and the rise of Nazism before the onset of WWII. Ultimately though, it is a story of the human spirit, confused but still indomitable; of friends battling adversities, drawing energy from the only thing that was not crumbling around them—their camaraderie.

How Young They Died
by Stuart Cloete 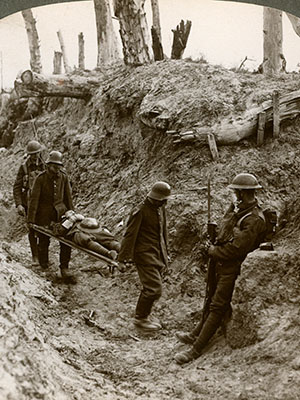 A substantial part of this story revolves around the trench warfare in the Low Countries during WWI. This could have only been written by someone who had been there and survived to give an account, complete with all the gory and grimy details. At its core is a young boy, 19 or so, growing up amidst the mud, noise, frustrations and deaths in the Western Front trenches—in Flanders, Ypres and Somme. Lurking beneath the surface, though interwoven, are the stories of the women—perennially afraid for their men and desperately clinging to every opportunity of togetherness that wartime leaves provide. All the familiar elements of war are there: The bullets, injuries and deaths, moments of outstanding bravery and those of deep despair. Through it all, there’s the all-pervasive sense of tremendous human wastage and the futility of conflict.