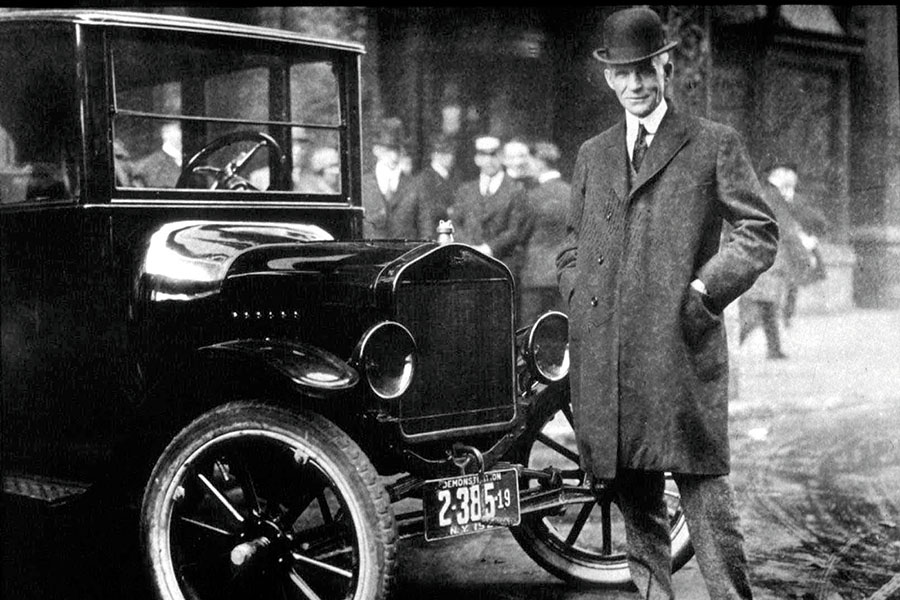 Image: Getty Image
Everybody wants to be someplace he ain’t.
—Henry Ford

I couldn’t find the sports car of my dreams, so I built it myself.
—Ferdinand Porsche

All of those cars were once just a dream in somebody’s head.
—Peter Gabriel

The best car safety device is a rear-view mirror with a cop in it.
—Dudley Moore

If GM had kept up with technology like the computer industry has, we would all be driving $25 cars that got 1,000 MPG.
—Bill Gates

I don’t run a car, have never run a car. I could say this is because I have this extremely tender environmentalist conscience, but the fact is I hate driving.
—David Attenborough

I would have probably stolen cars—it would have given me the same adrenaline rush as racing.
—Valentino Rossi

Your car should drive itself. It’s amazing to me that we let humans drive cars... it’s a bug that cars were invented before computers.
—Eric Schmidt

You can’t stop everything from happening. But we’ve gotten to a point where we’re certainly trying. If a car doesn’t have four hundred air bags in it, then it’s no good.
—Clint Eastwood

I’ve always been asked, ‘What is my favourite car?’ and I’ve always said ‘The next one’.
—Carroll Shelby

Flying a good airplane doesn’t require near as much attention as a motor car.
—Charles Lindbergh

Tweets by @forbes_india
Covid-19: The innovation rush to help hospitals around the world
Establishing a healthcare wonder through grit and determination