Establishing a healthcare wonder through grit and determination

Eternal Hospital has been internationally recognized for its top-performing physicians and revolutionary research centres. 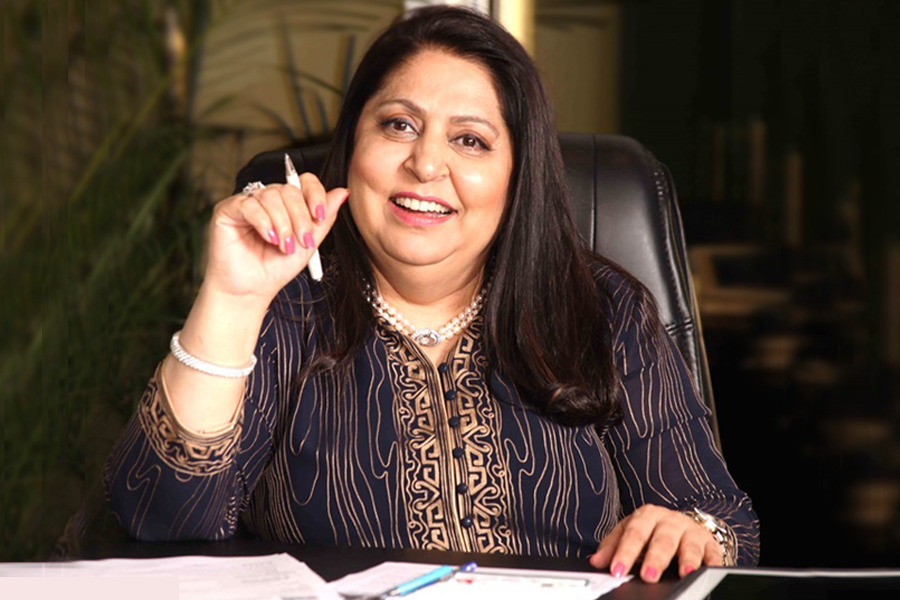 Widely reputed for its state-of-the-art tertiary care, Eternal Hospital (EHCC), Jaipur, represents the culmination of Manju Sharma’s journey of courage, commitment and determination. As the Co-chairperson and Managing Director of Rajasthan’s only JCI accredited multi-specialty hospital and India’s preferred Centre for Excellence from the American College of Cardiology, she has spearheaded EHCC to achieve a combination of medical research with excellence in patient care. Founded in 2013, it has a knowledge sharing arrangement with Mount Sinai Hospital, New York, USA, which has been internationally recognized for its top-performing physicians and revolutionary research centres. Genesis of EHCC Born and raised in Myanmar, Manju Sharma shifted to Delhi with her parents while still very young. She completed her education in Jaipur before marrying renowned cardiologist, Dr. Samin Sharma, and moving with him to the US. While in New York, in 2007,she and her husband met the then Chief Minister of Rajasthan, Smt. Vasundhara Raje, and the idea of setting up EHCC was conceived. Although land was allotted for a healthcare centre in Jaipur,in 2009, the idea could have been stillborn. Dr. Samin Sharma couldn’t leave his work in the US to oversee the execution of this project. It was then that Manju Sharma volunteered to take on this colossal commitment and make it a success. Success against all odds The road to completion of this mission was full of challenges and discouragement, but Manju Sharma steered on with unfaltering determination. She credits her mother with having supported her during those trying times. “Everyone was skeptical about me going to India and starting this project. Out of their care and concern for me, even my family members didn’t quite encourage me as I didn’t have any experience in construction and had been living in the US for 35 years. But amidst all the doubting, my mother was the only one who believed in me and encouraged me,” says Manju Sharma. Over the years, Eternal Hospital has become a boon for the community and a leading healthcare unit and research institution of not just the city but the state. Under Manju Sharma’s leadership, Eternal Hospital has added a new tertiary care centre, which brings together state-of-the art medical infrastructure, cutting edge technology and a highly integrated and comprehensive information system. The institutionand the able team of doctors and professionals are constantly on a quest to explore and develop new therapies in the field of healthcare. Awards and recognitions Manju Sharma’s efforts in the field of healthcare have earned her many accolades. RANA (Rajasthan Association of North America), New York, awarded her the Leadership, Compassion and Creativity Award in recognition of her passion to provide world class healthcare in Rajasthan. She has also received the Shaksiyat Awards in 2014 for her outstanding performance in the medical field and Business Rankers Women Achievers Award - 2017 for best business woman in health and wellness. The Times of India felicitated her under the ‘Icons of Health’ category for being an innovator and game changer in the field of Community Services and Healthcare. She has also been named Business Leader of Rajasthan - 2019 by Economic Times for her achievements and accomplishment in the field of business and entrepreneurship. Most recently,based on URS’ Media Consulting research on Consumers & Industry, AsiaOne Magazine awarded the coveted Bharatiya Mahanatam Vikas Puraskar(2019-20) to Manju Sharma for her extraordinary leadership in the healthcare industry. Seeking out new frontiers Manju Sharma has no time to rest on her laurels. She continues to seek out ways to reach out to those who do not have easy access to good healthcare services. “There are many people in India who are still deprived of good healthcare in the rural areas and I would like to reach out to them and give them our best services. Perhaps this will be EHCC’s most wonderful legacy,” she says. The woman beyond work Life is not just about work for Manju Sharma. In spite of her busy schedule she still manages to make time for her hobbies and interests that include Yoga, Meditation and Singing. Disclaimer: The views, suggestions and opinions expressed here are the sole responsibility of the experts. No Forbes India journalist was involved in the writing and production of this article.