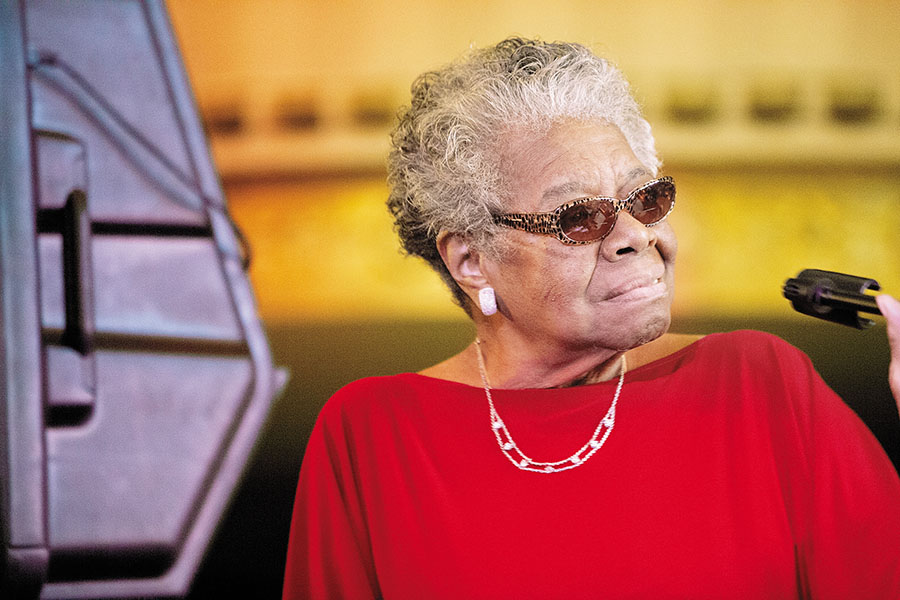 Image: Jeff Schear / Getty Images
I am a feminist. I’ve been female for a long time now. I’d be stupid not to be on my own side.
— Maya Angelou

It is time that we all see gender as a spectrum instead of two sets of opposing ideals.
— Emma Watson

Equality is not just the right thing to do. It’s smart economics. How can an economy achieve full potential if it ignores, sidelines or fails to invest in half its population?
— Robert Zoellick

I do not wish women to have power over men; but over themselves.
— Mary Shelley

We have begun to raise daughters more like sons… but few have the courage to raise our sons more like our daughters.
— Gloria Steinem

Achieving gender equality requires the engagement of women and men, girls and boys. It is everyone’s responsibility.
— Ban Ki-moon

Gender is irrelevant. Certainly the tennis ball doesn’t know what the gender was of the tennis coach.
— Martina Navratilova

I measure the progress of a community by the degree of progress which women have achieved.
— BR Ambedkar

I’m not telling women to be like men. I’m telling us to evaluate what men and women do in the workforce and at home without the gender bias.
— Sheryl Sandberg

The more I’ve been able to learn about gay rights and equal pay and gender equity and racial inequality, the more that it all intersects. You can’t really pick it apart. It’s all intertwined.
— Megan Rapinoe

The soul has no gender.
— Clarissa Pinkola Estes