10 ways you can get Warren Buffet's attention

Billionaires love to talk about themselves, right? But getting their attention isn't so easy. 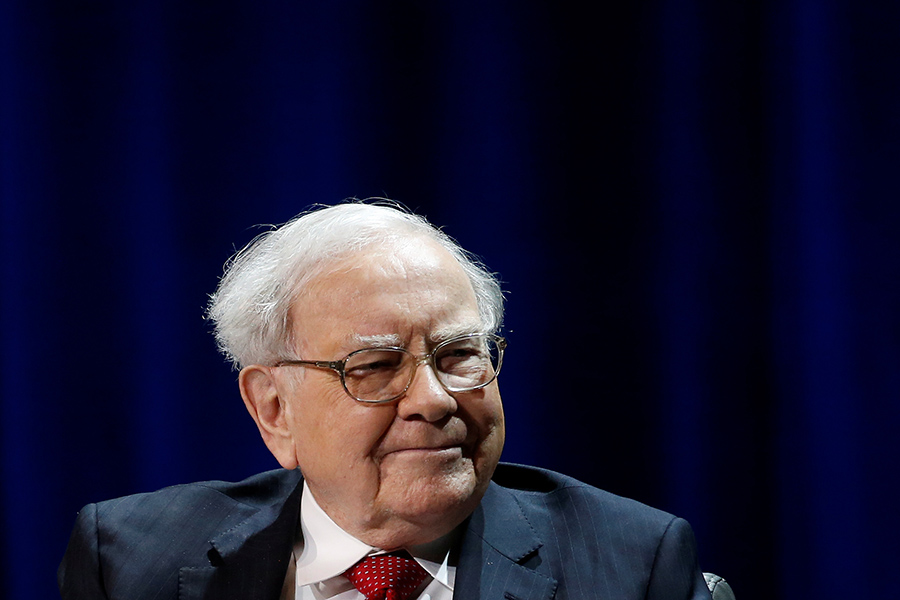 With a net worth of $73 billion, Warren Buffett is 1,460,000 times wealthier than the average American family. The politically correct response is 'that's unfair.’ If you agree, you must think Michael Phelps swimming at 6 miles per hour is unfair too (if that sounds easy, try swimming 6 miles in one hour).  Now, imagine you are on an elevator heading to the 40th floor when Warren Buffett steps in. There you are, staring open-mouthed at the avuncular, Santa Claus smiling face of the world’s second or third richest man, depending on the day.

His expression says, “look, I’m a regular guy but I’m busy, so whatever you do, don’t waste my time.” You start thinking to yourself, this guy has the power to change my life. That’s exactly when most people throw their big chance away, “I’m such a big fan of yours.” Or how’s this for a show stopper, “What’s it like to be so rich”?

You can practically see him lean over to hit the stop button and take the stairs, not just because he’s heard this a trillion times but because it isn’t going to help him make a trillion dollars, which is what he wants to talk about

For my purposes, that's where we need to go. You see, I spend my time interviewing people like Buffett for a living or perhaps for a lark (as program host and creator of IconicVoices , co-produced by @Thunderbird), and I'm after their deepest thoughts on subjects like careers to pet peeves (for Buffett, it’s journalists who don’t do their homework).
From these discussions, I can tell what gets a billionaire’s conversational juices flowing and what makes them head for the exits. The key rule to remember, as F. Scott Fitzgerald pointed out to Hemingway, the wealthy are different from you and me. They only care about the future. They don’t mind being lauded for their accomplishments or thinking sentimentally about their glorious past, but the journey ahead will get their tail wagging.

With that in mind, here are 10 tips for wooing Warren or the next billionaire you run into. Talk to them about any of the following, just don’t start with how great they are.

1. Their passion
Every billionaire has a hobby or passion. In Buffett’s case, you can tell from his annual reports that any question about the value of minerals in China or investing in clean water in Africa will get his undivided attention. Think of yourself as a biographer, not someone looking for a favor.

2. Their challenges
When I interviewed Buffett, I asked what bothered him most about his press (he gets the best of any tycoon). Talk about a hot button. Buffett called biased reporting "the worst sin in journalism--when reporters find facts that dispute their hypothesis but won't change it." Despite his great coverage, he recounted occasions reporters lied, misunderstood, or wrote sloppy copy about him. Each time I fed him a felonious headline, he came back with how the journalist missed the true story.

3. Their deals
Ask any billionaire about any deal they are working on and then sit back. If you have ever listened to a golfer talk about feathering a nine iron over the water on the 15th hole at the PGA in Hartford for a hole in one (in fact, I did in the Canon PGA Open), you know how excited a billionaire gets about his game, which is deal making. I asked John Malone, the cable magnate of Liberty Media why he didn’t vie for CNN when Ted Turner was selling it to Time Warner. Malone didn’t waste words, “Turner’s a nut.” Lots of interesting conversation followed.

4. Their advice
Ask something they can answer simply and in a short span. I asked Buffett, “you are a CEO, wealthier than Midas, but everyone loves you. How do you stay popular?” He said, “You can be popular when you’re 85 because people are nice to grumpy old guys, and when I turn 100 I’ll put a cigar in my mouth like George Burns and then people will really love me.” Reach for their ego, but let it be a left-handed compliment.

5. Their winning
I remember a great line, “it isn’t the money, it’s the money.” The point was money for sake of spending has little motivation for a billionaire but as a scorecard it is huge. Which is why they like to keep track of how smart they are about business and the way they lead their lives. I asked Mike Bloomberg, #8 on the Forbes Billionaires list, what kind of plane his company owned. He turned to me with a wink and said, “When it comes to flying or floating, us rich guys don't own, we like to rent.” Soon we were talking about his launching his own cable TV company, which became Bloomberg News.

6. Their learning
Most wealthy people treat their social calendars like a yoga instructor curates her diet. So they are happy to tell you whose brains are worth picking. I asked Mike Milken, where do you get your ideas from? He said he puts 15 Nobel prize winners in a room and asks them to discuss their findings so he can distill it into his cancer research. They synthesize ideas like a Scotch Whisky blends great single malts.

7. Their thinking
The biggest problem every billionaire has is getting deal intel before the other billionaires. In Buffett’s case, he has 75 portfolio companies and he talks to the CEOs every day about their business and weighs all their pros and cons. This way he gets a feel for the entire American economy. Then with his incisive mind, he channels this learning into his next investment. No one including the Federal Reserve chairman has a better brain trust. Which is why Buffett should be running the country's economic engine.

8. Their solution
In the short space of time you have with a billionaire, you need to focus on the right question so they 1) get intrigued 2) enjoy answering 3) do justice to the time they have. Don’t start with, “How would you solve our problems with Russia?” That gets a shrug unless the questioner is Vladimir Putin. Instead, I would take Buffett down a familiar rabbit hole, “Would you consider investing in Ukrainian natural gas given their relationship with Russia?”

9. Their escape
While it doesn’t relate directly to business, there is value in asking about their personal side: “What do you do to relax,” I asked Buffett, and he talked about the joy he gets from reading biographies. That led to a discussion of great leaders he admires. From there we had instant rapport.

10. Their family
I always like to get into family dynamics, but go carefully. Billionaires are rarely on great terms with their relatives. Some are jealous, some lazy, few are close. In Warren’s case, he had a picture of his father on the wall in his office (the other picture was of Sophia Loren, so you get the message). I asked him about lessons he learned from him. He made it clear that his father’s honesty, candor, and spirit guide him at all times. The rest came easily after that.

If you think of billionaires as people who are like you or me but better at the game of business, something like Jason Day or Rory McIlroy at golf, talking to them is just a way to get the best advice from the world’s best player.


Jeff Cunningham is a global leadership advocate, which he calls the most valuable natural resource in the world. He is a Professor at ASU’s Thunderbird School of Global Management and was the former publisher of Forbes Magazine, an internet CEO and venture capital partner.