What happens when faraway imitators take your innovation, improve it, and turn it against you?

Replica watches, phones and cars aren’t the only knockoffs prevalent in China and other emerging markets, where imitation of the master often draws more praise than scorn. Opportunistic startups also clone corporate strategy from pioneering Western companies too busy growing at home to notice the threat.

The problem comes later, when these Western companies turn their attention to international expansion and find look-alike rivals already entrenched in every key market through a process I call “strategy commoditization.” 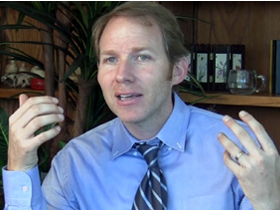 Nathan T. Washburn, Ph.D., is an assistant professor of management at Thunderbird School of Global Management
The concept is simple. Once a pioneering operation proves successful in one market, imitators around the world take it and adapt it to new environments.

U.S. companies such as Starbucks and Southwest Airlines already have faced the reality of strategy commoditization. Both companies gained an edge at home in the 1990s with innovative operations that larger players, encumbered by layers of bureaucracy and rigid corporate cultures, could not copy.

Outside the United States, however, more agile players watched and learned. Low-cost regional airlines proliferated throughout the globe, along with coffeehouse chains inspired by the U.S. models.

Some companies in emerging markets do more than imitate a winning strategy. They take it and improve it. Fewer regulations and other restrictions in these markets create fertile ground for innovation.

The process comes full circle when companies in emerging markets bring their next-generation ideas to the home market of the original strategy innovator. When this happens, companies face enhanced versions of their own strategies — turned against them in their own backyards.

This will occur with increasing frequency in the coming years as emerging markets drive growth in the post-crisis global economy.

Pioneering companies that understand the implications of strategy commoditization must rethink their approach to international expansion. Instead of building momentum at home before venturing abroad, they must get an early foothold in key markets before the imitation begins.

Then they must gather intelligence in these markets and look for strategy innovation as it occurs. (For more on intelligence gathering in emerging markets, see “Time to rethink expatriate assignments,” published Oct. 15, 2010, in the Thunderbird Knowledge Network.)

Five phases of strategy commoditization
1. Innovation: A startup company develops a pioneering strategy that creates a competitive advantage in a crowded industry. Established players encumbered with layers of bureaucracy are too rigid to respond quickly.

2. Imitation: As the strategy proves successful, startups in other markets borrow and adapt the idea.

3. Competition: When the original strategy innovator expands into foreign markets, it encounters challenges from look-alike players not found at home.

4. Evolution: Companies based in emerging markets face fewer regulations and other restrictions, creating a fertile environment for commoditized strategy to evolve into next-generation innovation.

5. Intrusion: The process comes full circle when companies in emerging markets bring their next-generation ideas to the home market of the original strategy innovator.

Nathan T. Washburn, Ph.D., is an assistant professor of management at Thunderbird School of Global Management in Glendale, Arizona.