May, 2013 Four American professors sent letters to fake business addresses around the world to see how long it would take for the letters be returned, testing the efficiency of the governments through one of their key services – the postal service.

Professor Rafael LaPorta of Tuck School of Business at Dartmouth and his colleagues sent 10 letters to addresses in 159 countries and measured how long it took for the letters to be returned to Hanover, New Hampshire, where the letters originated. Some came back almost immediately, some were never returned at all. 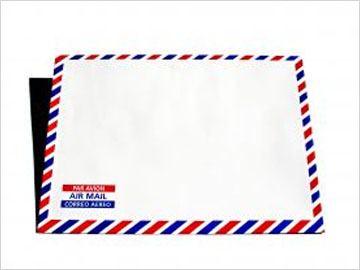 Countries often associated with efficient governments such Canada, Norway and Finland all returned each letter within the first month, however so did some countries whom perhaps are not; El Salvador, Uruguay and Barbados.

Many of the 42 countries that did not return any letters were in sub-Saharan Africa but also included Russia, Egypt and Cambodia.

The experiment allowed the professors to test the governments without the distorting factors of corruption and politics; any apparent inefficiency must therefore be down to either bad management or a lack of resources, explained Professor LaPorta:
“It’s an environment where accountability doesn’t really matter, in that a postal employee in the Philippines cannot ask me for a bribe,” says LaPorta.
“Throwing out the letter also serves no political purpose, so we’re able to better understand the extent to which more capital investment or better management affect efficiency.”

Each envelope contained an address listing a common personal name in the country along with a generic business name. The made-up businesses were located on fake street addresses that used the names of Nobel laureates in economics or famous classical composers. Each envelope contained a single-page form business letter. The return address was listed at the Tuck School of Business, along with bold letters stating “Please Return to Sender if Undeliverable.”

All countries in the experiment are members of the Universal Postal Union, meaning that the postal workers are obliged to return undeliverable mail within one month of it entering the country. In practice, only 59 percent of the letters were returned within a year, and only 35 percent were returned within three months.

Other variables such as whether the country uses the Latin alphabet, the number of post offices and postal employees per capita and use of postal code databases were all factored in – measures of resources and technology explain slightly less than half of the variation in countries’ postal performance.

The results of the study suggest that corruption and politics may not play as large a role in government inefficiency as some have argued.

“The overall story is that government is not that different from the private sector,” says LaPorta.

“The indication is that government gets better with development not only because there are more resources but also because people learn how to better manage large organizations.”