'Governance is a social contract among equals': Vinod Dua

The concept will gain ground, as issues related to public health, transport and education get more attention and citizens become more aware 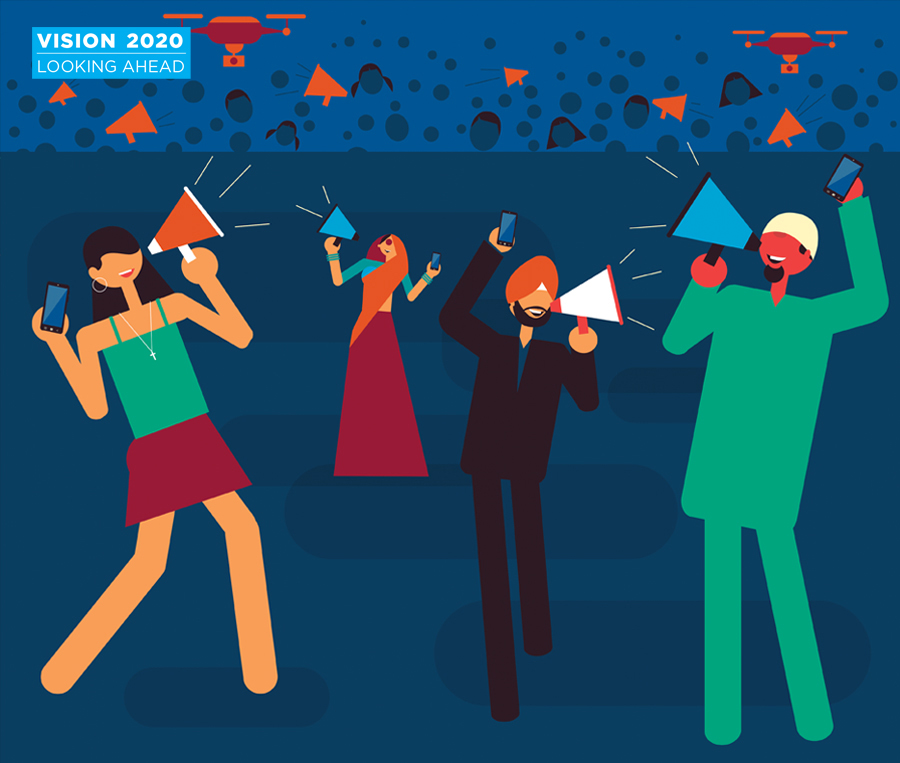 The Indian subcontinent had been ruled for thousands of years by kings (rajas and nawabs)—who ruled in the name of gods—whereas the common people were their subjects (prajas). Under the British, the common people, from being subjects, were made into slaves. In 1947, when we became independent, the common people had the chance of becoming citizens, but unfortunately we remained subjects. Only our rulers changed. 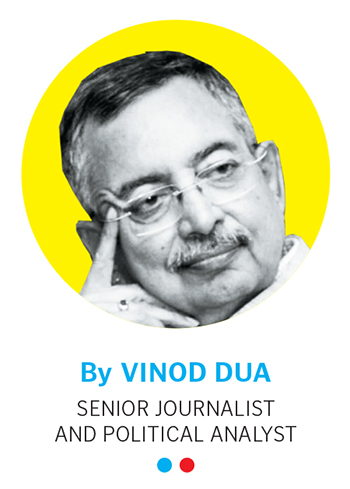 In India, the relationship between the government and the governed is not one among equals. We stand up from our seats when any government official enters the room, as though they are our superiors, when we should not be standing up even if the Prime Minister enters the room. Governance is, in reality, a social contract between equals, wherein the citizens pay the government money through taxes, and the government is supposed to provide certain services in return. This is pretty much like how we pay our telephone company for the services it provides.

Although I do not see governance becoming a social contract between equals in the near future, I do believe that it is a concept that will gain ground. This change can happen only through an enlightened citizenry—comprising people who are educated, and wise—which in turn can happen through the elimination of disparities and inequalities within society.

When India had grafted the first-past-the-post system into our electoral setup, our leaders did not realise that we are not a homogenous country, such as the US or the UK, from where we had adopted the polling system. We are not homogenous because of our languages, our histories, incomes, apparels, food, education and income levels. When we became independent, our leaders acquired a huge land mass with a population of great pluralities. Keeping this in mind, we should have had a welfare state that would cater to the different segments of people, who had different means.

Today our government hospitals are in very bad shape, they are very unhygienic, and are full of poor and low-income people. This is because they cannot afford to pay for healthcare in better, and far more expensive, private hospitals. If you look at public transport outside of cities such as Mumbai and Delhi, in places such as UP and Bihar, for instance, you will see they are only meant to transport human bodies from one place to another. There is no thought given to comfort or convenience.

Where public education is concerned, it was either a major act of negligence or a deliberate attempt to perpetuate status quo by Jawaharlal Nehru, when he continued with the system established by Thomas Macauley: On the one hand were the state-sponsored government schools, and on the other were English-medium elite schools. It is the nature of ruling classes that they don’t want to empower the rest of the people through education. Nehru could have done away with this division of class, but he didn’t remove the existing disparities.

These three sectors—health, transport and education—are the three equalisers in a society. It is by investing in public health and hospitals, by upgrading and empowering public transport systems, and by investing in education that the government can create an evolved citizenry, who will not look upon the government as their rulers, but as equals. I believe these issues will find increasing space in public discussion and discourse, and in the media over the next decade.

What will also play a significant role in the politics of the next decade is mental health. When we look around ourselves, at the faces of those who are 18 or 20 years old, do we find them to be happy? Today’s socio-political atmosphere is giving rise to a lot of uncertainties about the future. The media, too, is a major culprit; it is really not the media’s job to create a state of mind of discouragement and disillusionment.

We need to be joyous people. Look at Bhutan, which has a Gross National Happiness Index. We don’t need to be clinical about it—and monitor it like an ECG—but it is something we should be conscious about and work towards. As people we have become very judgmental: We are constantly judging people by what they wear, what they eat, what they think, and what they say.

I believe that in the first few years of the next decade, this uncertainty and unhappiness will continue, but from the second half, things will start improving. Youths, in their 20s today, will be in their 30s by that time—they will be the ones running companies and governments—and they will find ways to be a happier lot.

Starting with the 2012 protests in the wake of the Delhi gang rape, we have seen the spontaneous gathering and uprising of young people in the past decade. The youth have demonstrated that when there are issues that rattle them, they will come out on to the streets on their own. This is what we are seeing now again, in the protests against the Citizenship Amendment Act and the National Register of Citizens. The current issues are not about any religion, it is about citizenship and about being Indian. The nature of people at the grassroots who are involved in politics has improved immensely; they are far more aware and participatory than before.

In the coming decade, I foresee initial years of dissent, then a cleansing of bigotry, economic reconstruction, the beginning of the end of demagogy, and serious and sombre application of mind by the generation next to ours on an original political ideology for India.

(As told to Jasodhara Banerjee)

Tweets by @forbes_india
The kinds of collaboration that lead to successful innovation
'Politics in the 2010s began with hope, ended with despair': Sanjaya Baru