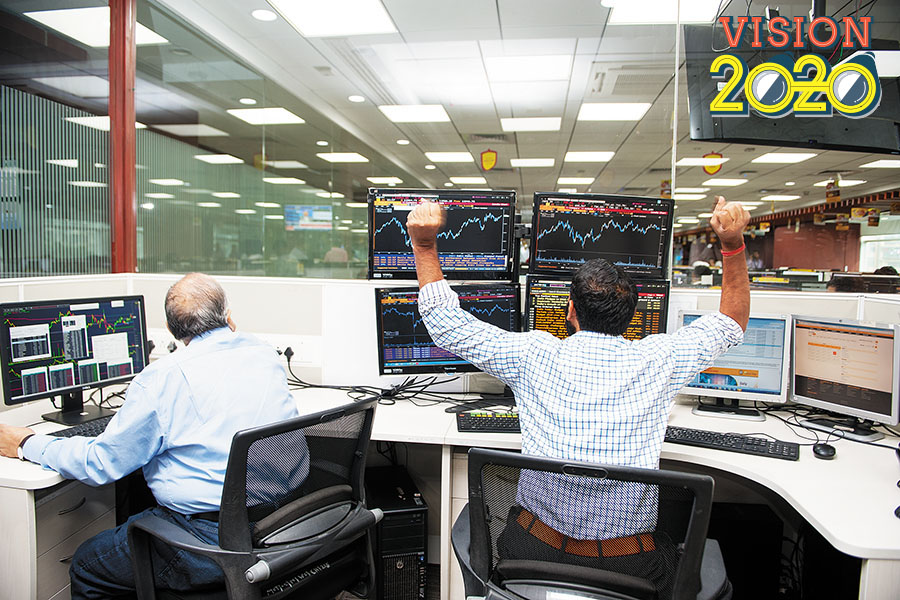 India has been one of the favourite markets for global investors since the turn of the millennium. It offers strong demographics, a population with the propensity to spend, a strong entrepreneurial class, and innovation—the very ingredients Adam Smith thought would lead to a prosperous nation. 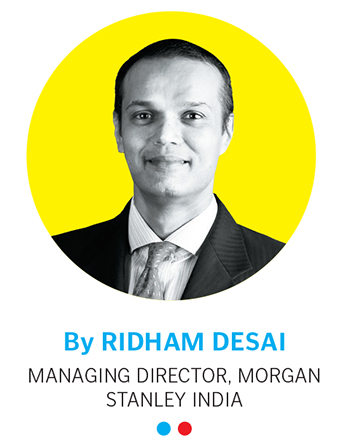 On the surface, however, things appear to be faltering. The new narrative is that democracy is taxing growth, social priorities have superseded the economy, and fading global tailwinds have lowered India’s potential growth rate. The broader market seems to support the new narrative, with mid-single-digit annual returns over the past 10 years implying that it would have been better to spend your money or park it in bonds.

Below the surface, the story is not as bad. Despite India’s lacklustre absolute performance, it still managed to outperform emerging markets by 17 percentage points (ppt) cumulatively over the past 10 years, although this is lower than the 56-ppt outperformance in the prior decade. Essentially, both the old and new narratives are questionable and the truth lies somewhere in the middle.

The Decade at a Glance Crash in Earnings Drove Down Equity Returns
Contrary to the popular belief that low GDP growth has driven down share prices, it has been the fall in corporate net margins to all-time lows that actually caused trouble for stocks. The share of corporate profits to GDP dropped to 1.9 percent in FY18 from a peak of 7.1 percent in FY08. What caused this?

India’s current account surplus ex-oil started falling somewhere in the middle of the previous earnings cycle (2003-2010), and the fall accelerated as earnings peaked in 2010. The slippage in this measure of the current account shows that the rupee became overvalued in the current decade relative to the previous decade, especially in the run-up to the ‘taper tantrum’ in 2013. An overvalued currency means a loss of competitiveness. Naturally, domestic companies gave up earnings to firms overseas.

Indian firms made significant investment decisions between 2007 and 2010. A lot of things went wrong after that. The global financial crisis reset global growth. In several global sectors, excess capacity resulted in weak pricing. Plus, Indian growth rates were at peak levels, which influenced aggressive bids on infrastructure projects. When growth rates slowed at the start of the decade, the aggressive bids made projects unviable. Finally, the quality of credit appraisal suffered as the demand for loans surged.

Loan growth to the infrastructure sector, especially in the terminal year of the profit boom in 2010, was a staggering 50 percent. A lot of those loans later went bad, and the banking sector’s non-performing loans eventually rose to a peak of about 12 percent of assets. That the public sector banks were short of capital worsened matters. The fall in the return on capital and the poor investment decisions that caused losses for banks and firms led to a sharp fall in risk appetite. This led to a drop in the investment rate, which continues to impair growth and margins.

At the same time the government’s balance sheet was stretched and inflation was high, which meant that the government could not undertake counter-cyclical investment spending. Capacity utilisation rates dropped, further hurting investments and hence margins. The successive shocks of demonetisation and the introduction of the Goods and Services Tax hurt growth, delayed the bottoming out of capacity utilisation rates and any turn in the capex cycle.

Positives to Take Away
In this context, we believe the corporate tax rate cut announced in September 2019 is just what the doctor ordered. It is also potent from a macro perspective because the most important driver of slowing GDP growth has been the falling private corporate investment rate, which in turn is intricately linked to a falling corporate savings rate (read profits).

Regulations can be an uncontrolled disruptive input to the value of businesses. The Bankruptcy Code, the Real Estate Regulation Act, the direct benefit transfers, GST, inflation-targeting, the equity mandate for retirement funds, or an emphasis on the environment are just some of those changes and lay the groundwork for where the most surprises could come from.

An inflation-targeting regime implies lower-than-historical levels of consumer price inflation, which in turn means lower-than-historical nominal growth and nominal equity returns. The equity mandate for retirement funds means a secular rise in the domestic ownership of large-cap stocks. These two put together could mean higher-than-historical multiples for stocks. Direct benefit transfers will increase cash flow to the lower half of the income pyramid and create new consumption opportunities. GST will likely create new credit opportunities for banks and also imply disruptions to poorly managed businesses. The Bankruptcy Code could alter the profitability of the financial sector and even change the cost of funds for the corporate sector.

In the meanwhile, corporate margins are set for mean reversion, resulting in strong profit growth and equity returns. The higher multiple at which this decade is exiting tells us that prospective returns are likely to be lower than the past but still better than this decade. Either way it seems like an exciting ride ahead.

Tweets by @forbesindia
Will the bankruptcy code be more effective?
Top Iranian General Qasem Soleimani is killed in U.S. strike