The next decade will see financialisation of savings and formalisation of the economy, retail and distribution, writes Saurabh Mukherjea, founder, Marcellus Investment Managers 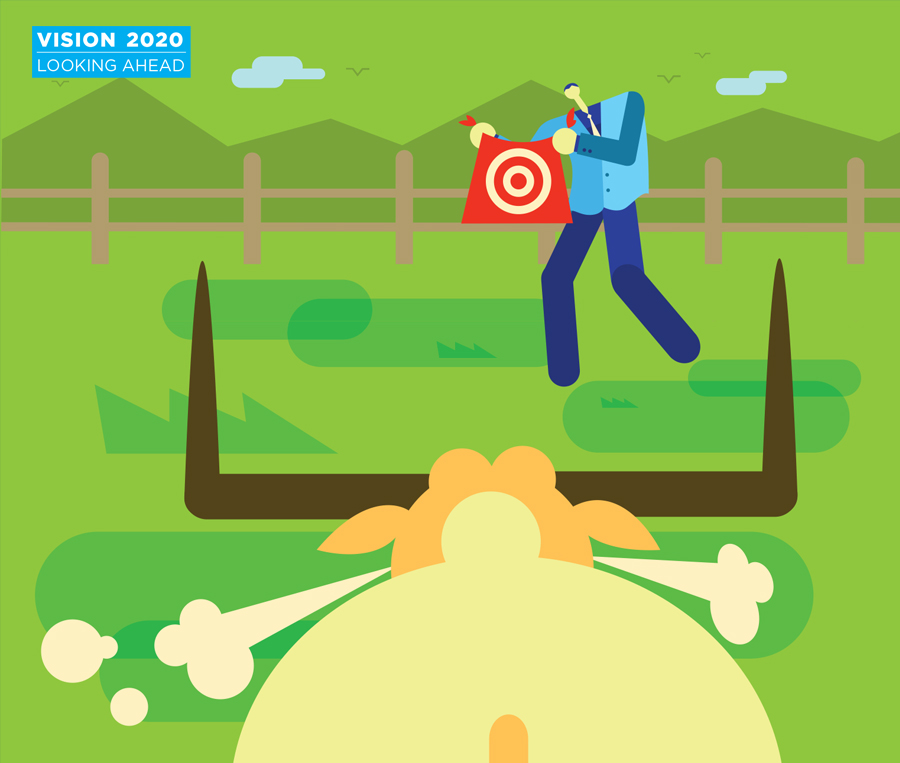 
The Nifty typically churns by 40 percent over a 10-year period. This implies that 20 of the current Nifty constituents will find themselves ejected. 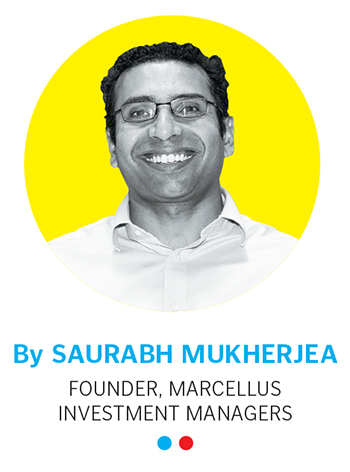 If you or I can second-guess some of these exits/entrants, we will improve our chances of generating returns significantly higher than the long-term returns of investing in the Nifty.

Going by the historical trend since the Nifty was created, almost all the entrants into the Nifty over the next decade will come from 100 stocks currently just underneath the Nifty. In order to assess which of these 100 companies will find themselves in the benchmark a decade hence, it is worth first trying to assess how the Indian economy will change over the coming decade.

I see three noteworthy changes that will take place in India over the next decade:
(1) Formalisation of the economy and concentration of profit share: India is already an economy with extraordinary levels of profit share concentration in key sectors, with one or two companies accounting for 80 percent of the profits generated in their sectors. For example, in paints (Asian Paints, Berger Paints), biscuits (Britannia, Parle), hair oil (Marico, Bajaj Corp), infant milk powder (Nestle), adhesives (Pidilite) and small cars (Maruti, Hyundai). Now this trend looks likely to spread to more fragmented sectors where, hitherto, the unorganised players had greater profit share.

Leaving aside financial services and retail, several other sectors will face the impact of the networking of the economy (cheap broadband, low-cost domestic flights, extensive road network, availability of banking services etc.), and GST and the crackdown on black money, which is likely to compress profit share into one or two hands.

The rewards for the winners are huge: They get the profits of the entire sector and market cap in excess of $10 billion. The losers will be numerous, and understandably, they will make a lot of noise.

(2)  Financialisation of Savings: I see that in small-town India, owners of SME businesses have understood the devastating implications of not being able to retire with a large enough corpus. The August 2017 Household Financial Committee report by the Reserve Bank of India (RBI) says that 95 percent of Indian households’ stock of wealth is in physical assets.

With physical assets struggling to keep up even with the rate of inflation, SME owners are first turning their black money savings into white money by paying income tax. Then they are searching for providers of financial savings products who can give them steady compounding. As a result, in this economic downturn, equity inflows into mutual funds are holding up as are insurance premiums written by even third-rung insurers.

The financialisation of savings has happened to a certain extent in big cities like Mumbai, Delhi, Bangalore and Chennai. In smaller cities, most SME owners only have a smattering of financial assets (usually fixed deposits and life insurance policies). Furthermore, in smaller cities, the market for real estate is frozen solid. There have been no deals all year long in several of the smaller cities. Hence a big part of the impetus towards financial savings has come—and will continue to come—from small-town India.

(3) Formalisation of retail and distribution channels: Thirty years ago, as a newspaper delivery boy in London, I saw the English high street change. Of the 60-odd shops to whom I would deliver the evening newspaper, the first to shut down were the travel agents, disrupted by the rise of online. By the early noughties, the convenience stores (selling candies, biscuits etc.) started shutting down. They were disrupted by the convenience-store format rolled out by the large supermarkets for local neighbourhoods. An additional challenge for the owners of the convenience stores was that their children were landing lucrative jobs in the City of London and hence uninterested in running the family store.

A similar challenge is now befalling the kirana (mom-and-pop) stores in the suburb of Mumbai where I reside. And the beneficiary in my neighbourhood is the local DMart and a few enterprising shopkeepers who are spending money in growing their stores and refurbishing them to create 7/11-type formats. With the decline of the kirana store, the traditional FMCG distributor is also dying.

In fact, local eateries in India also face rising competition not just from Starbucks and Dominos, but also from the organised ice cream parlours (Haagen Dazs, Baskin-Robbins, Naturals) and fast food chains (Chaayos, Theobroma, Busago, etc). The same applies in the retailing of other items like clothes and electronics. As the economy formalises, it doesn’t take much to figure out who will win this unequal fight.

Implications for the Nifty
If I look at the Nifty as it stands today, I can see a number of metals and mining companies, power and infrastructure companies, old-style conglomerates struggling with rational capital allocation, and public-sector banks. I find 23 such companies within the Nifty that will be out a decade hence. Ejecting these from your portfolio is likely to bump up your decadal returns from investing in large cap Indian companies.

Going by the three trends identified above, the companies that appear to be potential Nifty entrants over the next decade include Pidilite, Berger Paints, Divi’s Laboratories, Marico, Info Edge, Abbott India, Page Industries, ICICI Lombard, Dabur and HDFC Life. (Disclosure: The first eight of these 10 stocks feature in most of Marcellus Investment Managers’ client portfolios.)

Whilst I cannot possibly tell you what returns the above companies will give you, I know that had I been clever enough 10 years ago to predict the names of the 20 companies that have entered the Nifty in the interim period, my portfolio would have compounded at 40 percent per annum.

Tweets by @forbesindia
'We have to make products for India, not just Made in India'
The 3Cs of 2019: Conflicts, contraction and confidence