The 3Cs of 2019: Conflicts, contraction and confidence

Among the conflicts and complexity, at the year-end one can see green shoots of growth emerging though it may be too early to declare revival 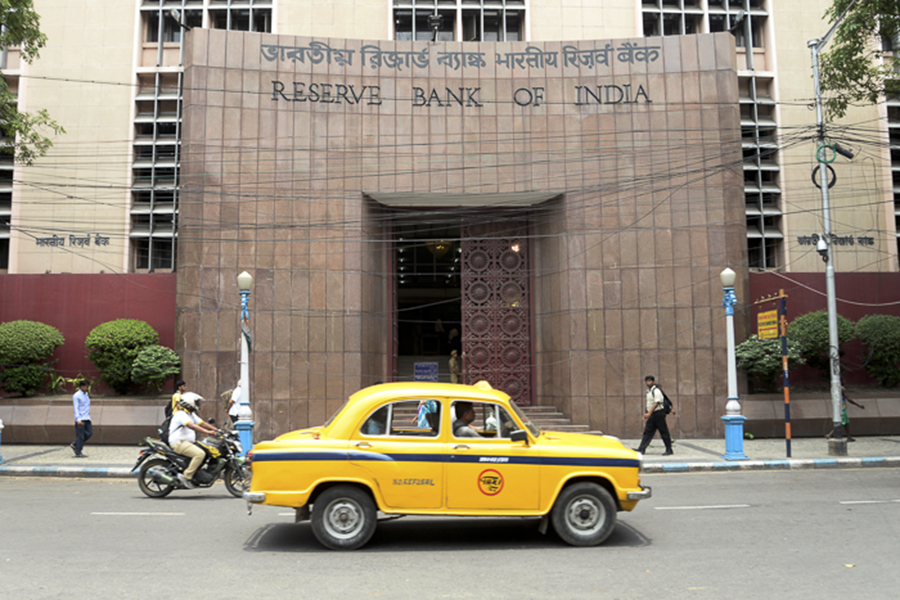 The world saw India in a sweet spot in the months before 2019. Quarterly growth rate kept rising with Q2 clocking 8 per cent displaying fastest economic growth rate globally. Inflation was quite low. But, 2019 being election year made the preceding period fertile with forces that could change sentiments of people and thus fortunes of political parties.  Thus, India rode into 2019 saddled with conflicts. For instance, adequacy of ‘reserves’ held with RBI; the security of Aadhar data; Victimization in CBI; Appropriateness of Rafale Deal etc. The common man discussed these issues without having access to adequate data.

Yet opinions got formed on whether government is usurping the autonomy of the institutions. Conflict resolution largely went in favour of the government, yet, the economy slowed down under the weight of the uncertainties of the intervening period. With election in sight, various groups experienced increased bargaining power as 2018Q3 growth rate fell to 7 percent, unimpressive IIP growth of 1.7 percent and inflation showing downside risk.

Consumer demand seemed falling and government seemed faltering. The voice of dissent came from various sections of the society. Traders and small businesses complained about the GST complexity and excessiveness. Farmers complained about the implementation of MSP in true spirit of Swaminathan Report and demanded farm loan waivers.

All this while, the government was busy preparing the interim budget to produce a potent syrup that could invigorate economy and reduce the projected bitterness among the voters. Come February the interim budget announced - assured yearly income of Rs 6000 to almost twelve crore small and marginal farmers of the country through the PM-KISAN Samman Nidhi Scheme. Ten crore unorganised sector worker were assured of monthly pension of Rs 3000 after attainment of 60 years of age.

Attractive tax exemptions and rebates were announced. Recapitalization assurance was given to PSU banks of Rs 48,239 crore. Within the same week the first monetary policy by Shaktikant Das was announced. Das had taken over as Governor after Urjit Patel quit RBI after picking conflict with the government over issues of autonomy, particularly on quantum of reserves to be transferred to government. Interestingly, the repo rate was reduced by 25 basis points and the stance too changed from ‘calibrated tightening’ to ‘neutral’. This was the first of five cuts that happened in year 2019 with total reduction in repo rate coming to be 135 basis points.

However, the rate cut by Shaktikant Das was cheered by the industry though it came out to be too late and too less. More cheer within the country came as India launched the Balakot airstrikes in Pakistan to avenge the terrorist attack of 14th Feb on convoy of Indian soldiers in Pulwama. The nation lapped on the heroics of Indian Airforce pilot Wg Cdr Abhinandan Varthaman. These developments improved the sentiments of people and prospects for NDA to win majority in the forthcoming election. March saw the rupee rising despite rising crude oil prices. Foreign investors kept pumping money into the economy factoring in the increased prospects of NDA coming back to power. Meanwhile RBI and Finance Ministry worked together to ease the liquidity situation in the country.

By end of February, six banks were taken off the Prompt Corrective Action (PCA) instituted by RBI under Urjit Patel. In March, RBI changed the tack by endorsing the inter-creditors agreement (ICA) which required 66% lenders to approve of the resolution of bad debt before it could be referred to NCLT for bankruptcy.  Earlier, it required 100 percent the creditors to approve the ICA.

Many a times, small lenders would not approve the resolution plan and hence the big lenders suffered in their attempts to recover reasonable amount of money. The 100 per cent creditors approval was required under the RBI’s infamous ‘Feb 12 Circular of 2018’.

The efforts of the government showed results on the supply side in April as the IIP rose by 3.4% but demand remained subdued. April showed sharpest decline (17%) in purchase of passenger vehicles, biggest decline in last 8 years. Initially, it seemed a reaction to a) the uncertainty of forthcoming election b) contraction of credit to NBFCs following the IL&FS crisis and c) rising cost of insurance. However, the malaise ran much deeper as it was to be revealed later.  The demand just did not respond to many of the levers used by the government and RBI. Demonetisation of 2016 still being held as the culprit. Arvind Subramanian, former CEA, and his colleague Josh Felman, bring out in their December 2019 Working Paper “The Great Indian Slowdown” presented at Centre for International Development, Harvard University, that there is more to it.

Corporate profits as a ratio of GDP continuously declined from 7.1 percent in 2007 to an agonising low of 2.7 percent in 2018. Low profit coupled with very high interest rate led to fall in growth rate of investment since 2007. All this while, business prospects were challenged by high interest rates, inflation, poor project implementation, scams and cumbersome land acquisition process. This led to default on loan repayments. Banks needed to be recapitalized. While industry needed to be assured of benign environment. But, the government needed higher tax revenue to recapitalize the banks.

More people and industries paying taxes meant lesser money left with them leading to lowering of demand. The government had to break free of this complex situation. The clamour from the industry compelled the government to keep lowering the interest rate and the taxes. Through July’s Union Budget, government reduced tax rate to 25 percent for all companies up to Rs 400 crore turnover. In August, another recapitalization package of Rs 70,000 crore was announced.

Unfortunately, in the meantime banking sector irregularities kept surfacing. As many as 18 PSU Banks were found to have irregularities amounting to around Rs 32,000 crore. RBI, that had been craving for more autonomy, was found wanting on monitoring of the banking system; NBFCs and the cooperative banks. The PMC Bank fraud unearthed in September created more scare among the masses that undermined the consumer confidence further.

The benefit from these steps was expected to be seen in future after a lag, but in the meanwhile September IIP fell by 4.3%. Spiritual leaders say that negativity begets more negativity. October saw monsoon deluge in many parts of the country especially the onion producing states Maharashtra, Karnataka and Telangana. The onion prices skyrocketed once again producing battery of jokes around onions. Extended monsoon further hit the coal mining and the truck demand. IIP plunged further by 3.8 percent in October. Gloom descended further upon businesses and masses. All this while, declining economic performance led to ruling party losing assembly elections in Madhya Pradesh, Rajasthan, Maharashtra and Jharkhand. It barely formed government in Haryana. People believed that the economy had gotten into recession though the economy had clocked 5 percent growth in Q1 and 4.5 percent in Q2.

Some political leaders took it to the extent of stagflation though there has been positive GDP growth as well as inflation. New terms like ‘growth recession’ got coined, which actually meant slowdown but stamped recession on the economy. Many believe that the things are not that bad. The 4.5 percent growth is better than most among the world’s large economies. Almost all major economies are seeing IIP in negative or near zero mark. The ageing world population; changing consumer behaviour and the trade wars took toll on global GDP growth. It may be the new normal.

At the end of December, a section of people feels that economic problems have been highlighted to achieve political gains on non-economic issues too. The elusive growth is becoming a chink in the armour of the government. The control that saw the government coming out with repealing of Article 370; passage of The Muslim Women (Protection of Rights on Marriage) Act, 2019; and verdict on long pending Ram Janam Bhoomi Ayodhya Mandir issue seems to be doubtful in the resentment against CAA and NRC.

Among the conflicts and complexity, at the year-end one can see green shoots of growth emerging though it may be too early to declare revival. The November GST collections reached Rs 1.03 lakh crore which is highest since April 2019. The growth in domestic collection has been reported to be 12 percent. Another good news is that demand for daily household products and groceries saw a sharp recovery in Q2. Rural market in terms of volume grew 4.4 percent in Q2 period as compared to the previous year when it had declined 2.4 percent. Kantar Worldpanel, a global consumer research firm owned by communications and advertising giant WPP, has reported the data.

The report further says that the growth might have come at the cost of listed companies that witnessed subdued primary sales in villages. This indicates the changing market dynamics where consumers may prefer unbranded products. The government has further announced an expenditure of Rs 100 lakh crore on infrastructure in the next five years. It is hoped that this investment works as a catalyst to bring steady growth in investments and jobs leading to prosperity in the New Year.

Tweets by @forbes_india
'Many old-style conglomerates will be out of the Nifty in this decade'
Serena Williams, Kylie Jenner, Sundar Pichai: 20 people who changed the 2010s