Globally, the decade began with the hope of a new dawn in the East and a new equilibrium of power, with the Western sun seen as setting, but it ends with persistent concerns about a global geopolitical disequilibrium and economic slowdown 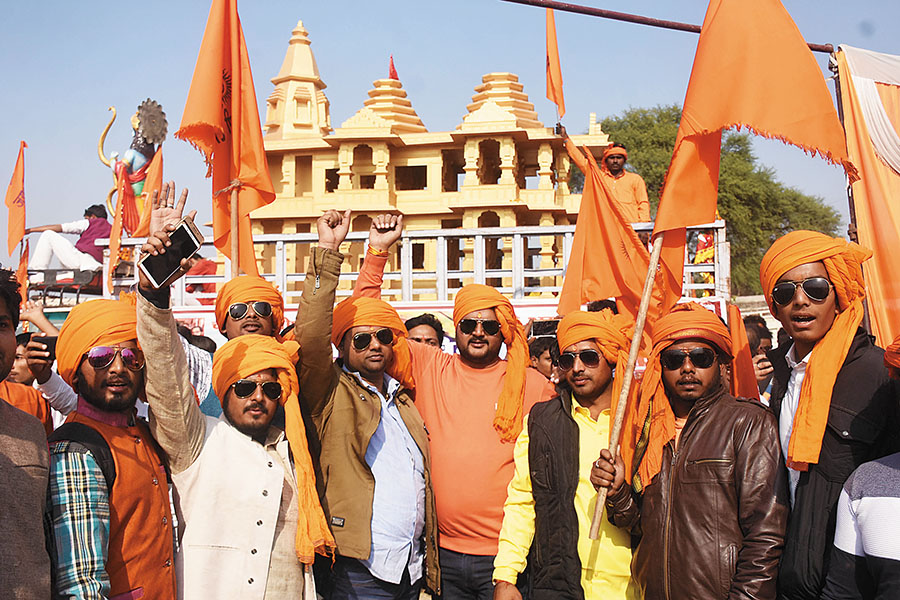 Like political leaders across the world, PM Narendra Modi and his BJP too have resorted to Hindu nationalism to retain control over dissent at home and point to external enemies
Image: Deepak Gupta / Hindustan Times via Getty Images

The angst of growing up is a hallmark of teenage years. It is a decade that begins with the anxieties of adolescence and ends in the confidence of adulthood and hope for the future. Yet, that is not how the second decade of the 21st century will be remembered. At home, in India, the decade began with hope. It is ending in despair. Globally, the decade began with the hope of a new dawn in the East and a new equilibrium of power, with the Western sun seen as setting, but it ends with persistent concerns about a global geopolitical disequilibrium and economic slowdown. 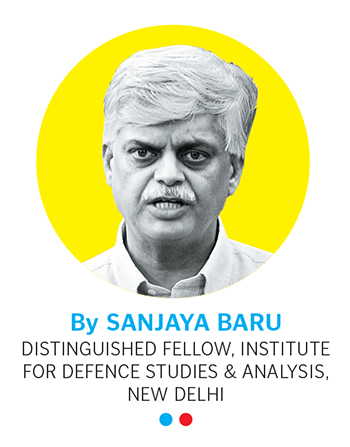 As the world entered 2010, the shadow of 2008-09 loomed large. Yet, India seemed to have insulated itself from the worst impact of what was described as the ‘global financial crisis’, though essentially trans-Atlantic in origin. It was not just India but Asia as a whole that appeared to have survived that crisis, thanks to the rise of what was then viewed as a ‘new engine of global growth’—China. The return to office of a coalition government led by Prime Minister Manmohan Singh, who had secured global recognition for India’s strategic nuclear capability, cemented the narrative of a Rising India. Across the developing world new hope sprung as Africa began rising too and Latin America put its problems of the 20th century behind. Neither the African promise nor the Latin American resurgence materialised.

The India Story was built on four simple numbers: From 1900 to 1950 India’s average annual rate of economic growth was close to 0 percent per annum. From 1950 to 1980 the Indian economy grew at an average pace of 3.5 percent per year. This went up to 5.5 percent during 1980-2000, and to 7.5 percent thereafter. But the second half of the first decade saw a dramatic acceleration of growth. For the first time in recorded history the Indian economy grew annually at over 8 percent between 2003 and 2010.

Even a long-standing India sceptic like Singapore’s Lee Kuan Yew began to view India through the same lens as he viewed China and the rising Asia to India’s East. Writing in his regular column in Forbes, Mr Lee hoped both India and China “will pull Asia into an era of dynamic growth. The inevitable surprises will occur, but both China and India are on course for a revival of their glorious civilisations. By 2050, the world’s economic centre of gravity will move from the Atlantic to the Pacific and Indian oceans.”

'Governance is a social contract among equals': Vinod Dua

The rise of Asia and the relative decline of the West are both historical trends that will continue unabated, but the confidence with which many in Asia viewed this power shift as inevitable has been tempered by the uncertainties and anxieties of this past decade. Not only is the West fighting back, with all manner of diabolical trade and immigration policies, but even within the Rest—led by the so-called BRICS nations—there is growing uncertainty about the dubious impact of their domestic policies.

Three long-term global challenges pre-occupied most nations: Climate change, terrorism, and human migration. While the war against the threat of jihadi terrorism has won some impressive battles, the sources of radicalism feeding that threat have not gone away. The decade ends with continued stalemate on climate change, a deadlock in multilateral trade negotiations and no hope for the millions who wish to migrate in search of better life.

To make this dismal scenario worse, political leaders across the world have resorted to varying brands of nationalism to retain control over dissent at home and point to external enemies. In Russia, that enemy is the West. In the West, it is Russia, China and radical Islam, not necessarily in that order. In China, an economic slowdown and the challenge posed by the trade war unleashed by the United States have combined to make the communist party leadership more assertive and authoritarian. An externally aggressive China that finally abandoned its ‘peaceful rise’ policy of the Deng Xiaoping era and began to ‘dream’ of replacing the US as the world’s dominant power of the 21st century raised alarm bells around its neighbourhood.

The wave of nationalism gripping the world from Donald Trump’s America to Xi Jinping’s China and finding resonance across Europe and the Islamic world has found its echo in India. Narendra Modi’s Bharatiya Janata Party (BJP) came to power promising good governance and faster development, riding the wave of anger against the corruption and incompetence of the second United Progressive Alliance government. Modi’s rise defined a shift in the structure of power and the framework of policy that he defined as the hallmark of a “New India”. In the middle of the decade, Modi was viewed as a messiah, by the end of the decade, he is seen having created a mess.

The demonetisation of high value currency and the incompetent handling of economic and fiscal challenges caused one such mess. The mishandling of inter-communal relations and regional and linguistic sensitivities has created another. Modi’s focus on development gave hope to a New India. His party’s obsession with a sectarian political agenda has created new reasons for despair. While government spokespersons claim the economy has bottomed out, few are willing to bet on whether India will be a $5 trillion economy by mid-2020s.

The wave of nationalism globally and at home has been fuelled by a multitude of resentments. One that cut across developed and developing economies was the sullen anger of a marginalised poor and lower middle-class against the arrogant lifestyles of the rich. Thomas Piketty’s 2013 book, Capital, drew global attention to the problem of economic and social inequality. It is the unwillingness or inability of governments to address that problem in a meaningful way that has, in large parts, contributed to the rise of rightwing nationalism.

On the positive side, though, the century’s second decade has also witnessed the onward march of human ingenuity with new technologies and new solutions to old problems showing the way forward. From solar power to 5G technology, from 3D printing to new life-saving medical technologies, the creative genius of the human mind has not been at rest. If this past decade would be viewed in years to come in positive terms, despite the many social, economic and political challenges it has posed to humanity, it would be because of the good work of scientists and technologists, writers, composers and artists and their unabated pursuit of creativity. Like a lotus flower that blossoms in muddy water, human creativity this past decade has also blossomed in the murky waters of bigotry and prejudice masquerading as nationalism and patriotism.