While the economy will grow at 7 percent and see a savings-led consumption boom, policy-making and reforms will remain painful 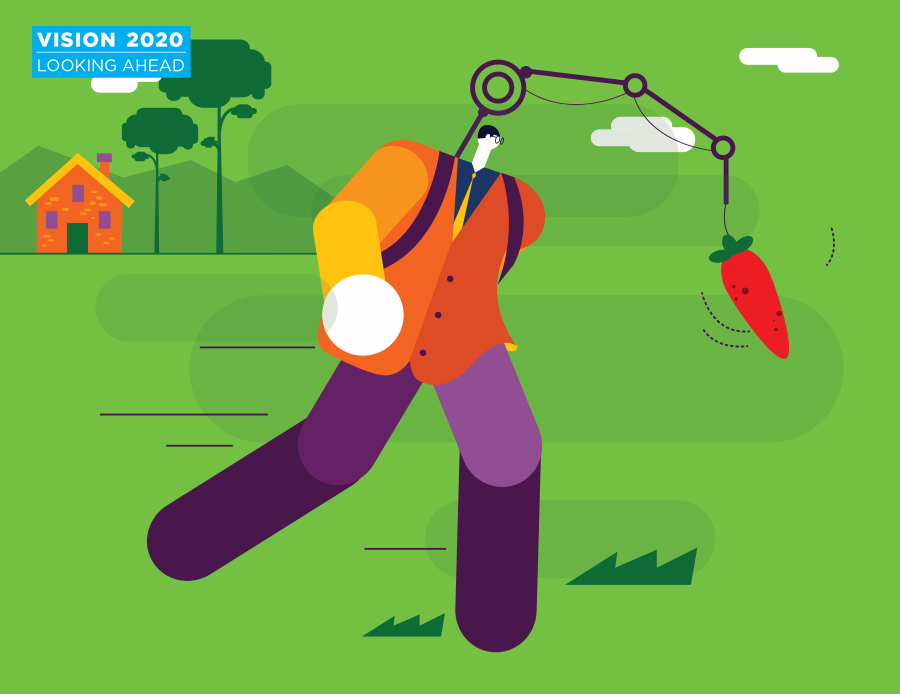 
In his story published in 1819, Washington Irving spoke of a villager Rip Van Winkle who fell asleep and woke up 20 years later. So, if a modern Indian version of Rip Van Winkle were to wake up in 2030, what kind of India would he see? He would certainly miss one of the most historic transformations of one of the most potent and promising economic stories of the past few decades, just like the protagonist of Irving’s story had missed the entire American Revolution. 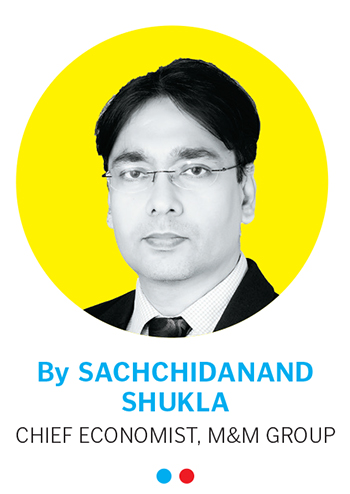 India a middle-income economy now: The Indian economy is now the third largest in the world at $8 trillion in real GDP terms, having grown by 7 percent over the last decade (versus the RoW growth of less than 3 percent and assuming the rupee stays constant at 75 to a dollar from 2024). It remains one of the fastest growing economies in the world (some African nations are growing rapidly but have relatively low mass). The per capita income is now about $4,643, making it a middle-income economy.

The most populous and also the youngest: With about 1.5 billion people it is the most populous in the world now. Increased education and awareness on population control has helped lower the projected population growth. India’s population would now peak out by 2040 as against earlier expectations of 2055. The median age in India is about 31 years, well below that in China (about 41 years), making it the largest young country in the world.

Premiumisation is the by-word: India’s consumption story is now entirely driven by premiumisation. Rapid growth in non-food items such as health care and education have led to these industries booming. Private health care has burgeoned, aided by government provided health insurance—the Ayushman Bharat Scheme is oversized, covering about 1 billion people. Tourism and leisure are mega industries, thanks to increased incomes.

Who’s who of the globe in India: Most foreign companies have a manufacturing base in India. Tax cuts, cheap labour and reforms by state governments have attracted investments. Manufacturing now accounts for more than 20 percent of GDP.

Rural India a bigger catalyst: Every unit increase in infrastructure and supply effort gave a bigger bang for the buck versus unit rise in income. Central government spending on rural infra quadrupled to $100 billion in the last four years, with states also continuing to improve their rural focus on agri, irrigation, education etc.

India, a gig economy: The nature of India’s labour market changed dramatically over the years to morph into a gig economy thanks also due to continued focus on labour reforms. The share of contract and part-time workers in the total workforce increased. Platforms that enable workers to seek contractual work and labour aggregators (which supply labour for specific time periods) are now commonplace.

India not as rich even as it has grown older: India’s population above 60 years has increased by about 50 million to about 190 million, and the burden of supporting the older population is staring in the face. Government moves on inclusive growth, direct benefit transfers and increased awareness did enable the development of a social safety net. Yet, despite all the progress and achievement of the Millennium Development Goal (MDG) on poverty reduction, India is still home to one of the largest chunks of poor people in absolute numbers. Moreover, while India is the third largest economy, per capita incomes at less than $5,000 still lag significantly as compared to most large economies.

Oil still roils? The move away from crude oil and towards EVs has not been a smooth one for public finances as oil was a significant revenue source for the central and state governments. Besides, the provision of public goods such as subsidised transport facilities and health care have also hurt finances. The scope of the PM-Kisan scheme has been widened and basic income schemes have proliferated among states. This has also put pressure on public finances and government debt has increased and is closer to 90 percent of GDP. The government had begun levying higher user charges, including taxing electricity etc, at a much higher rate a couple of years ago to make up for the revenue loss from oil.

Agri dependence of workforce: While the share of agriculture has dropped to 12 percent of GDP, the workforce in agriculture remains at only marginally lower levels than a decade ago and far higher than its peers. The trend in farm fragmentation continued, and private farm sizes are only slightly smaller than a decade ago. Farm stress, coupled with government policy lags, have forced smaller landholders to lease out their farms to aggregators (for long tenures) in lieu of monthly rents. Economies of scale have enabled these aggregators to farm more profitably. Aggregators now hold 15 percent of India’s farmland.

A perpetual election state with bi-cameral conundrum: Four or five states still continue to enter elections every year. This continues to induce cyclicality in policy making. Since no major party enjoys a dominance in both the Houses, ie Rajya Sabha and Lok Sabha simultaneously, reforms still take time and force parties to consider joint sessions for tougher reforms unsuccessfully. Moreover, unless the situation is dire, policies aren’t legislated quickly enough and India reforms only in a crisis mode.

Water stress and climate change: India took the lead along with France championing the cause of climate change as the US under President Donald Trump vacated the space at the fag end of the 2010s. However, owing to its huge population and growth demands, the environmental impact has been significant. Water stress has replaced air pollution as a key concern, especially in the Gangetic belt, along with the central and western parts of the country.

As I write this, I recognise that all this seems quite distant but am reminded of what Albert Einstein once said: “I never think of the future, it comes soon enough”, and am sure all of these will be soon enough and hopefully better!