Private equity is now an established asset class in India, and entrepreneurs will increasingly experience its benefits 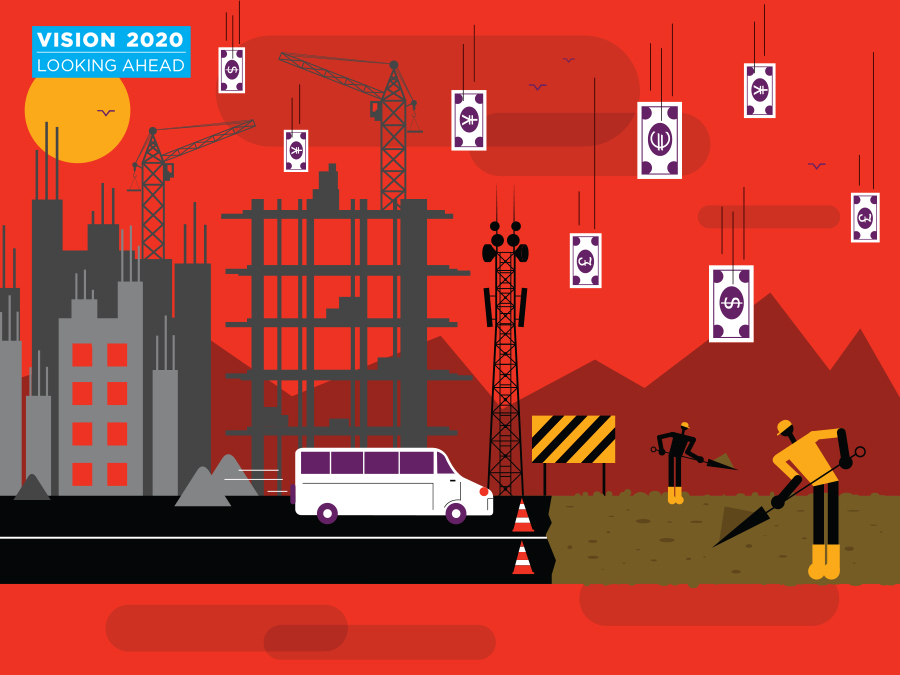 
I was recently asked, ‘What does the future hold for the private equity (PE) industry in India?’ Thinking about how far the industry has come since its humble beginnings in India almost 25 years ago, I can’t help but feel optimistic about what the next decade holds. I read that it’s always safer to forecast far in the future, no one will know you got it wrong. With that caveat, here are a few of my predictions for India and the PE industry a decade from now. 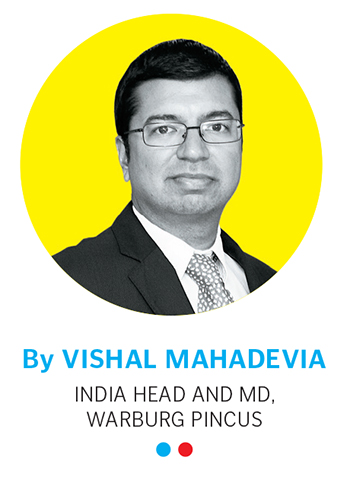 In the next decade, India’s economy will have crossed the $5 trillion mark, and will be well on its way to becoming the next $10 trillion global economy. This growth will be enabled by a generation of young professional entrepreneurs, as India will be the only major global economy that will significantly add to its workforce over the next 10 years. India’s young population will also play well to a number of secular trends, in particular the rise of the consumer and the growing clout of the Indian middle class. While the government’s reforms over the past couple of years, including Aadhaar, demonetisation, UPI, GST, and the Insolvency and Bankruptcy Code have had their share of teething troubles, each of these reforms will have a far-reaching impact on the economy. Over the next decade, India’s economic growth will also be shaped by disruptive technological innovations, which will be aided by rapid internet penetration and smartphone usage.

In 2030, half of India’s 500 largest companies will have PE backing. The importance of high standards of corporate governance has increased, especially in light of the few high-profile corporate frauds that the country recently experienced. Markets will continue to reward professionally managed companies with robust corporate governance and active boards. Over the next decade, PE will continue to play a vital role in helping companies strengthen governance levels and preparing them to eventually become publicly listed companies and contribute to building deeper and more robust capital markets in India.

In the next decade, PE capital will drive foreign direct investment (FDI) growth into India by more than fivefold to $200 billion a year. Foreign investment in India will continue to grow rapidly, driven primarily by PE investments backing the next wave of Indian companies and entrepreneurs. PE is now an established asset class in India, and entrepreneurs are increasingly experiencing its benefits. Recent macroeconomic events have highlighted the elevated levels of leverage in the economy, with banks increasingly reluctant to lend to large businesses and over-leveraged founders. Given the low equity in the system and generally tight liquidity, PE will continue to be the dominant form of FDI into the country, providing companies and entrepreneurs true equity capital at scale.

PE's journey has been one of growth: General Atlantics' Sandeep Naik

Successful PE firms will be measured not just on returns to investors, but also the social and economic impact created by their investments. Over the next decade, environmental, social and governance (ESG) considerations will become increasingly important for the industry. For PE firms to be successful in the long run, they will need to demonstrate that their investments are contributing to job creation and are positively impacting all stakeholders. Focusing on ESG considerations will also create more valuable, competitive and sustainable companies. Successful PE firms will actively integrate ESG considerations into their core investing processes, and not just view it as a ‘check the box’ exercise.

Finally, PE-backed companies will emerge as not just domestic champions, but also global leaders in their sectors. The industry will play a key role in supporting talented Indian entrepreneurs in creating the next generation of iconic companies that will compete on the global stage. PE firms can support entrepreneurs who want to ‘think big’ by bringing global networks and best practices, while still keeping in mind the importance of being local.

PE will also increasingly serve as a partner to management teams that want to take the entrepreneurial plunge and own a stake in their businesses, as these entrepreneurs will benefit from not just the capital, but also the institutional support framework that PE provides. Alliance Tire, led by Yogesh Mahansaria, has demonstrated how successful this model can be. Over the next 10 years, we will see multiple such instances in which entrepreneurs will partner with PE firms to build world-class businesses. For example, India has the potential to be home to the next cyber-security leader, given the global nature of the issue and the software and engineering talent available here. The next wave of payments and fintech innovation will also come from India, and the world’s largest digital bank a decade from now could be Indian.

While I am optimistic about the prospects of PE in India, the industry’s success is not pre-ordained. On the macroeconomic front, while India has positive demographics and multiple tailwinds to support growth, the investment cycle is yet to kick off meaningfully. India has also made substantial progress in the ease of doing business, but there are still many issues that need to be addressed. Lastly, while the government’s reforms will have long-term benefits, there has naturally been some short-term pain, most notably to growth momentum. In the long run, success for the PE industry (and the Indian economy as a whole) will require a coordinated effort among the government, the entrepreneurial community, and the industry itself. I believe the opportunities ahead of us far outweigh the risks.  To read all the Forbes India Vision 2020 essays, Click Here

Tweets by @forbes_india
How many animals have died in Australia's wildfires?
'In jobs, expertise from experience is no longer critical'