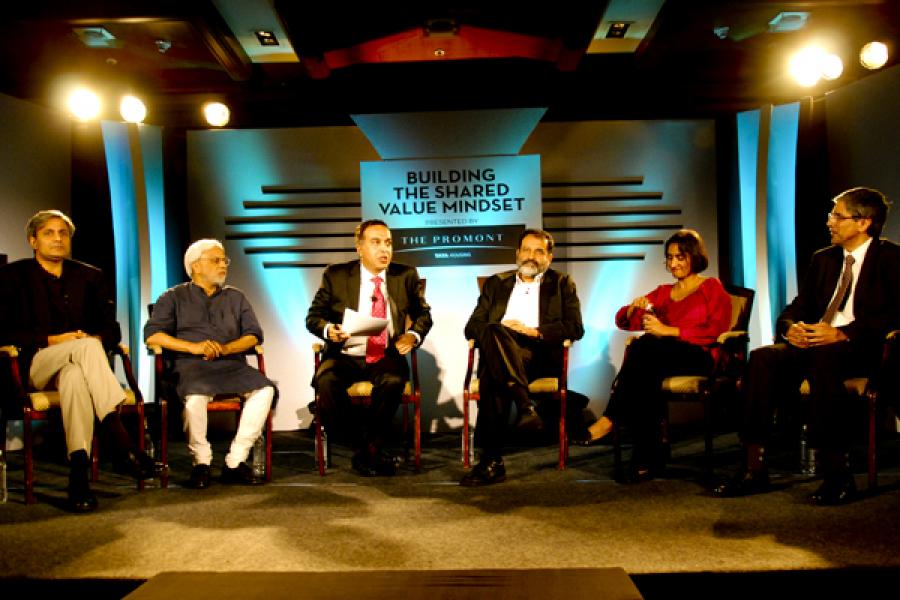 At one point in Crimson Tide, a film set in a US nuclear missile submarine, a humbled Lt. Commander Ron Hunter, played by Denzel Washington tries to convince his like-minded partner that his attempts to stop the Captain from deploying the bomb was not a mutiny. “I did everything by the book,” he says. His fellow officer replies. “It’s not about the book. If the Russians are gonna launch and we sit here and do nothing, who’s gonna stop them? Half of me is glad that the Captain came back.”

This is probably one of the less memorable parts of the movie. Yet, it brings out the fact that the basic conflict of the film is not between a good man and a bad man. It is between two men with different points of view, neither of them wrong. The movie invariably moves towards a resolution that’s in favour of Ron Hunter. Yet at the end of it, you knew that at another time, in a different circumstance, it could all have been different. The movie ends, but the fundamental question it raises never stops to engage you.

Those who attended the Forbes India Panel Discussion on Shared Values – ‘Doing Well, Doing Good: How Entrepreneurs Create Impact in Society’ in Bangalore on November 15, 2011 had a Crimson Tide moment. The discussion on stage lasted a little more than an hour, but the questions about the purpose of a business enterprise continued to engage the audience well into the night.  Whether a business enterprise should look beyond creating value for shareholders and look at society at large or if, as Milton Friedman famously put it, “the business of business is business.”

One could be forgiven for expecting less of a debate and more of consensus given the composition of the panel. It had Dileep Ranjekar, a Wipro veteran who now heads Azim Premji Foundation; Mohandas Pai, former CFO and HR head of Infosys, who now heads Manipal Education, and has been involved in Akshaya Patra, a free meals programme for children; Ramesh Ramanathan of Janagraha; Sunil Chainani, a director at Fabindia, which is known as much for its engagement with the artisans as it is for handwoven garments; and Lalitha Vaidyanathan, representing FSG, whose founder Mark Kramer developed the Shared Value framework along with Michael Porter of Harvard Business School. The panel discussion was moderated by CNBC TV18’s Suresh Venkat and presented by The Promont (Tata Housing)

Shared value, wrote Porter and Kramer in a Harvard Business Review article are “policies and operating practices that enhance the competitiveness of a company while simultaneously advancing the economic and social conditions in the communities in which it operates. Shared value creation focusses on identifying and expanding the connections between societal and economic progress.”

Explaining the context, Lalitha Vaidyanathan said for some time now, there is a general sense that to continue the economic growth in a sustainable way, businesses cannot do anything that’s detriment to the society. Harm caused to environment or to society comes back to business; and business as usual is no longer an option. A business has to consciously take into account the impact it has on society, and look at ways to increase social welfare. 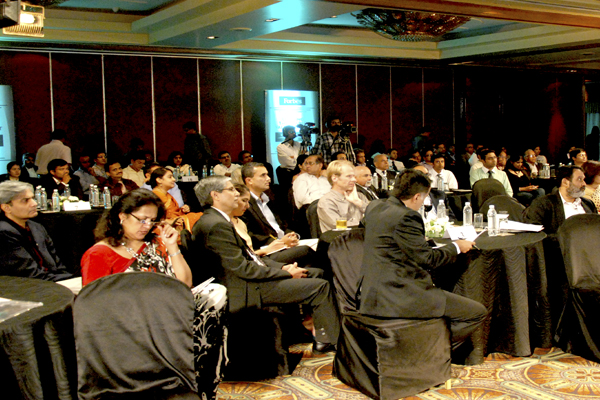 A section of the audience: The discussion revolved around the age old question on how businesses create value: by just doing their businesses well and fairly, or by proactively looking at ways to raise social welfare
Proponents of Shared Value argue that it can be done in three ways: By reconceiving products and markets, redefining productivity in the value chain, and building supportive industry clusters at the company’s locations.

There were examples for these on the stage. Eight years ago, Infosys started working with 500 engineering colleges, designing the syllabus, training the teachers — and generally improving the quality of education provided at the colleges. That had an impact on 100,000 students who came out of these colleges. The supply reduced the wage pressure for IT companies. “It made perfect business sense,” Mohandas Pai, said. Fabindia started its journey by looking for ways to improve the lives of artisans. Sunil Chainani mentioned how at top management at Fabindia, which is raising equity to fund its growth, asked itself if it would continue to engage with artisans as deeply as it does now, and decided it will. Artisans are in our DNA, he said.

Dileep Ranjekar proposed a serious rethink. Azim Premji Foundation he said came out of the restlessness Mr Premji felt about the inequality in the society. He looks at it as holistic endeavour. “Life exists holistically, it doesn’t exist in parts,” he said. Yet, businesses often ignore that it’s a part of society. Asked if NGOs should be run as efficiently as corporates, he said “I am not sure if even corporates should be run as corporates.”

Shared Value framework suggests a way to engage more deeply with the society.

Ramesh Ramanathan however found three limitations with that idea. He said while it’s a good idea for operating in an optimally efficient market, it might not work where the primary need is the efficiency. In retail market, for example, cutting down middlemen might help the farmers, but what about the middlemen themselves? Again, when companies operate across the world, what happens to the idea of serving the community? And finally, it also doesn’t answer the principal-agent issue. (Which states that managers, basically act on behalf of the shareholders to maximise their value.)

Mohandas Pai said the fundamental problem was balancing the fact that the purpose of the business is to make profit and the fact that in the end only a few people, the shareholders, reap the benefits of that profit. The solution is in the entrepreneur committing to use his wealth to serve the society, and not to give a business that responsibility — unless, of course, it also raises profits.

Among the audience, the debate continued well after the session.

Richard Stengel, who published a biography of Nelson Mandela, has said that one of the striking characteristics of the African leader is his tendency to ask the question: Why not both?

In the movie Crimson Tide, the characters did not have that option. In the world of business, managers do. The promise of Shared Value is that question can make capitalism even better.
You can view more pictures from the event here