The Top 50 Business Thinkers Of the World 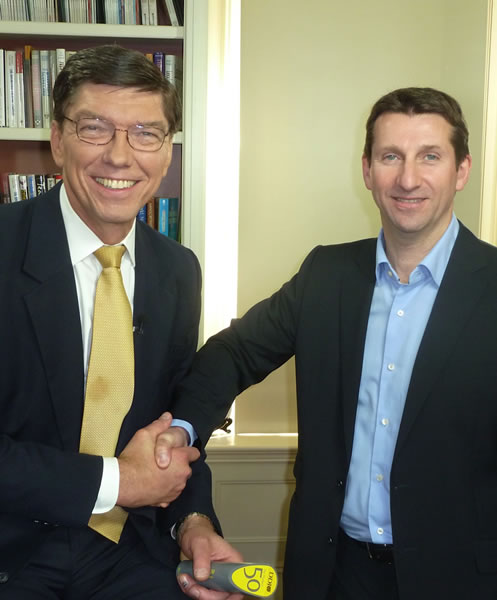 Ideas matter in the world of business. From the balanced scorecard to core competencies, managers are on the look out for ideas which will allow them to keep one step ahead of the competition. As a result, the thinkers who originate the big business ideas are in huge demand.

Over the past decade, the Thinkers50 ranking has kept pace with ideas that are shaping the daily agenda of global businesses and managers, and the ranking is a guide to which thinkers are in, and who have been consigned to business history.

The 2011 ranking was announced in London at the first ever Thinkers50 Summit on November 14, where Professor Clayton Christensen of Harvard Business School was declared the leading management thinker of the year.

The influence of Christensen, author of several best-selling books, has been profound. In The Innovator's Dilemma, Christensen looked at why companies struggle with radical innovation in their markets. The book introduced the idea of disruptive technologies and innovation. The innovator’s dilemma lies in the fact that the very management practices that have allowed companies to become industry leaders make it hard for them to develop disruptive technologies that steal their markets.

Christensen has applied his ideas to healthcare and education to show how enlightened management thinking can tackle the big issues facing society. Christensen also picked up the 2011 T50 Innovation Award.

In the Steve Job’s biography, it is revealed that Christensen’s thinking had a direct influence on the late Apple CEO.

Diverse Thinking
The biggest trend in the 2011 Thinkers50 is a move away from male American domination. The new diversity can be expected to boost the range of business ideas in future.

The 2011 Thinkers50 is the most international so far. Ten different nationalities feature on the list, and includes names from the US, Canada, Cyprus, Korea, Holland, the UK, Greece, India, Sweden and Cuba. Although North Americans remain the largest group, 23 non-Americans have made it to the ranking, compared with just 10 in 2001.

Another trend is the rise of Asian thinkers. Korean-born W. Chan Kim is the highest placed at joint Number 2. Vijay Govindarajan and Harvard Business School dean Nitin Nohria at No. 3 and 13, respectively, are two of the seven India-born thinkers on the list. London Business School’s Nirmalya Kumar (26); Pankaj Ghemawat, author of World 3.0 (27); Vineet Nayar, CEO of the Indian high-tech company HCL and the highest placed practitioner in the ranking (40); Harvard’s Rakesh Khurana (41); and quality expert Subir Chowdhury (50) are the others India-born persons on the list.

Among the women on the radar are China-born Haiyan Wang and Dong Minghzu; the Korean business woman Soo Joo Kim; and happiness guru Srikumar Rao.

In 2011, there are 11 women on the list, compared with five in 2009. At joint second (with writing partner Chan Kim), INSEAD’s Renée Mauborgne is the highest placed woman so far. Also moving up are Lynda Gratton of London Business School, up from No. 18 to 12; Harvard’s Rosabeth Moss Kanter, up to No. 25; Tammy Erickson, up from No. 46 to 33.

Why it matters
So, why does all this matter?  First, there is a need for greater recognition of the vital importance of effective management to organisational success.  Strangely, management is often short-changed. When there are problems in large organisations — from Wal-Mart to the UK’s National Health Service or the Indian railways — managers are blamed.

But, can anything be done without managers? Certainly not. Any organisation demands management. Innovative and effective management can make an enormous difference.

And herein lies the second reason why those on the Thinkers50 matter: Great managers can change the world. Think of some of the world’s leading thinkers and the impact they have on society and organisations.
For example, at Number 2 are INSEAD professors Chan Kim and Renée Mauborgne. They are the authors of Blue Ocean Strategy and a string of highly influential HBR articles. (They also collect the 2011 T50 Award for Strategy.) Blue Ocean Strategy has already sold more than two million copies, and has been embraced by companies, not-for-profits and governments around the world.

In 2010, the Malaysian government launched the third wave of its National Blue Ocean Strategy (BOS). A key target is building rural infrastructure — providing housing and water supplies for the rural poor. Malaysian Prime Minister Dato’ Sri Najib Razak has said that BOS has already proved useful in several government programmes. “Blue Ocean Strategy is a management tool that can be applied in the government’s administrative context as it enables us to think out of the box with good results,” he said in a recent interview. “It will be expanded to other initiatives.”

Or consider the work of Vijay Govindarajan. V.G., as he is better known, is a professor at the Tuck School of Business. In 2008, he joined General Electric (GE) for 24 months as the company’s first Professor in Residence and Chief Innovation Consultant. He is the originator (with GE CEO Jeff Immelt, and Chris Trimble) of the concept of reverse innovation — where innovation takes place in emerging markets and then is brought back into developed countries. Reverse innovation is rated by the Harvard Business Review as one of the 10 big ideas of the decade.

An August 2010 blog by Govindarajan and Christian Sarkar challenging designers to create a house for $300 set off a campaign to re-invent housing for the world’s poorest people, which earned Govindarajan the C.K. Prahalad the Award for Breakthrough Idea.

Next  page shalll give you the full list of the Top 50 Business thinkers. 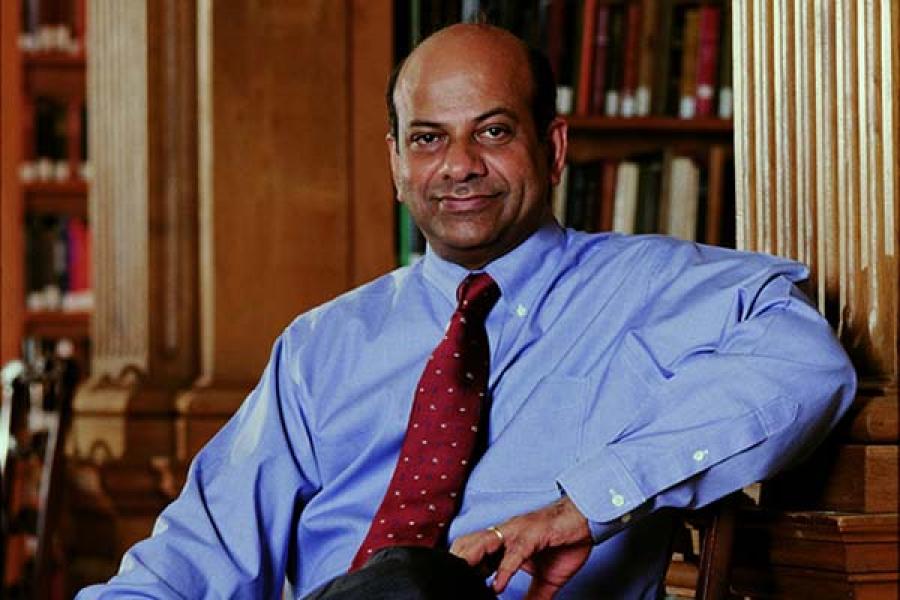 THE BREAKTHROUGH IDEA AWARD
Which management idea has emerged over the past two years with the potential to change the world?

WINNER
Vijay Govindarajan: The $300 house.  An August 2010 blog by Govindarajan and Christian Sarkar set off a campaign to re-invent housing for the world’s poorest people.

THE LEADERSHIP AWARD
Which thinker has contributed most significantly to our understanding of leadership over the past two years?

WINNER
Marshall Goldsmith: Author of bestsellers What Got You Here Won’t Get You There, and Mojo, Goldsmith’s success is built on a no-nonsense approach to leaders and leadership and a Buddhist philosophy.

THE GLOBAL VILLAGE AWARD
This award is given to those who have contributed most to our understanding of globalisation and the new frontiers established by the emerging markets.

WINNER
Nirmalya Kumar: London Business School’s Kumar’s latest book India Inside (with Phanish Puranam) provides a compelling take on the reality behind the stereotypes and hyperbole.

THE INNOVATION AWARD
Which management thinker is re-shaping the way we think about and practice innovation?

WINNER
Clayton Christensen: The author of The Innovator’s Dilemma (1997) and many more, Christensen has been applying theories to classrooms and healthcare among other things. Founder of consulting firm Innosight.

If you were the CEO of a major corporation who would you turn to for practical and imaginative strategic advice? Who could see your world in a new light and figure out a way through the competitive complexity?

WINNER
W. Chan Kim and Renée Mauborgne : Blue Ocean Strategy is the business book of the past decade. The INSEAD professors are working on a sequel and overseeing their ideas being put to work around the world.

THE FUTURE THINKER AWARD
Which thinker has emerged over the past two years with the potential to change the world of theory and practice?

WINNER
Lucy P. Marcus : Anglo-American board chair and non-executive director is setting the agenda on future proofing boardrooms and companies. The CEO of Marcus Venture Consulting, her expertise embraces best practice in governance, investment and entrepreneurship.

THE THINKERS50 BOOK AWARD
Which business book has made the outstanding contribution to management thinking over the past two years?

THE LIFETIME ACHIEVEMENT AWARD
The award is given to someone who has had a long-term impact on the way people think about and practice management.

The Thinkers50 recognises that the influence of certain individuals over the course of their careers has been enormous. Their regular presence in the ranking over many years is testimony to that. The Thinkers50 Emeritus awards are made wholly at the discretion of the Thinkers50 creators, Stuart Crainer and Des Dearlove, and their advisors.