Saroj Datta, Executive Director, Jet Airways, says if foreign airlines enter the Indian market, we will be back to a situation where the international carriers control the skies 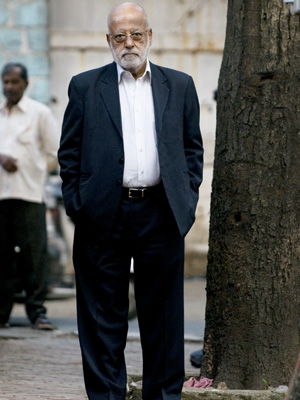 Saroj Datta
Age: 75
Career: He has been with the Jet Airways group since 1991. Prior to that was with Kuwait Airways and Air India
Interests: Listening to Hindustani classical music, jazz, reading crime fiction and  translations of Bengali classics

Q You’ve spent two decades building India’s largest airline. What were the turning points?
Early in the life of the airline, the first call was about coming into the Indian skies to provide a completely different level of service. Indian Airlines was then in a monopoly position and there was a huge potential for a new player in the market. We were able to succeed at that, a lot of help came from [Naresh] Goyal and his friends and partners from the global airline industry. Some of the basic rules we set then are still in place in the airline.

In more recent times, buying wide body aircraft was a crucial decision. Foreign airlines have for long had a much larger share of the Indian market. The other big call was to go for the low fare segment. Jet now attracts the highest volume of international traffic from India.

Q Can a full service airline operate in the LCC (low cost carrier) space, as Jet has been trying to do in recent years?
It is very difficult. The Indian market has grown very differently from what we expected. We expected the business class market to grow much faster than it did. Full service airlines like us have just not been able to lower costs as much as possible. Running an LCC is an entirely different concept. For example, [in a full service airline] if a flight is delayed with important passengers on board and the airport staff came to me, I would arrange for accommodation and transfers. Michael O’ Leary [CEO of Irish airline Ryanair], on the other hand, would throw them [airport staff] out of the window.

In India, the total air traffic has grown significantly. But the fastest growth has been in the low fare space. They have been able to carry larger numbers of passengers and make up for the other inefficiencies in the market.

Q Indian carriers are under-capitalised and are looking for funding. Should foreign airlines be allowed to pick up a strategic stake in Indian carriers?
The Indian airline industry is not faring very well, so few foreign investors (non-airline) would be interested in putting their money here, till the airlines can provide a good return. But foreign airlines would certainly be interested. They are looking not for returns, but for a share of the Indian market. In return for providing cash, training and support, they will take away the share of Indian carriers. That is the only reason why a British Airways or a Singapore Airlines would put their money here. The whole purpose of opening up the skies for Indian airlines will be lost. We will be back to a situation where the international carriers control the skies.

Q What are you planning to do next?
I have worked for the past 50 years, starting at the NCAER [National Council for Applied Economic Research] in 1959. I certainly do not plan to sit at home. I will take up some projects in an advisory capacity.

(This story appears in the 02 December, 2011 issue of Forbes India. To visit our Archives, click here.)