In the last decade, there was a paradigm shift globally with respect to access to capital. Whether it is low interest rates or excess liquidity, the ecosystem was created for disruptive innovation within the finance industry 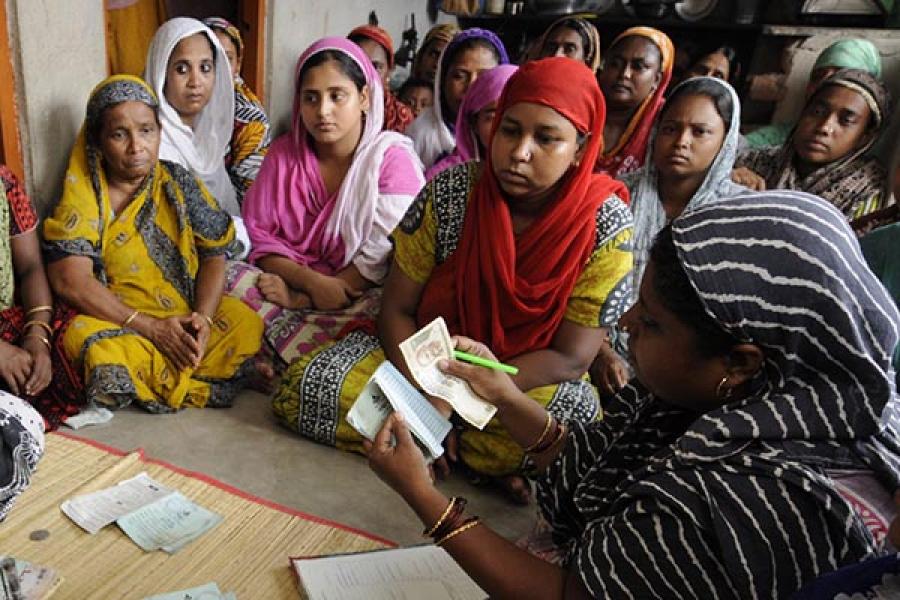 Image: Shutterstock (For illustrative purposes only)
Microfinance which was in existence for a long time took centre stage in 2006 when Grameen Bank, founded by Dr Muhammad Yunus received the Noble Prize

The world has witnessed a decade of disruptive innovation. The products and services that we use in our day to day life are offered by companies that did not exist a decade ago. The credit for this global phenomena to a great extent goes to the mobile and later smartphone technology penetration in Emerging Economies. In the last decade, there was a paradigm shift globally with respect to access to capital. Whether it is low interest rates or excess liquidity, the ecosystem was created for disruptive innovation within the finance industry.  Disruptive Innovation is defined by Harvard Business School scholar Clayton M Christensen as; “A disruptive innovation is an innovation that creates a new market and value network which eventually disrupts an existing market and value network, displacing established market leaders”.  We explain the decade of disruptive innovation using five gGame changers like Grameen Bank, M-Pesa, Carbon Credit, Bitcoins & Blockchain and Paytm.

Think about a concept of microfinance which was in existence for a long time but took centre stage in 2006 when Grameen Bank, a Micro-Finance organisation founded by Dr Muhammad Yunus received the Noble Prize. The world took notice of this amazing experiment of lending in small amounts to closely-linked communities. The challenge of authentication was taken care by lending to closely link small communities which was the first contrarian concept by itself. The risk of default was also minimised due to this very fact that it’s a close community and a default would mean no less than a social taboo. This was a very innovative way of looking at grass root communities and providing them access to capital. This gave rise to a series of micro-finance institutions adopting Grameen Bank Model to provide access to capital.

In 2007, as emerging markets were at the cusp of mobile revolution, one of the African countries made the world witness the biggest revolution till date in the form of ‘M-Pesa’. The product M-Pesa was developed by Vodafone essentially as a mobile phone based money management product.  It could not only be used to deposit and withdraw money but also transfer money, pay bills and purchase airtime. M-Pesa almost threatened the existence of the formal banking set-up in Kenya and the world for the first time witnessed a telecom company turning into a bank. This indeed was a disruptive innovation which changed the way banking happened not only in Kenya, Tanzania or the African continent but began to spread across the world. In 2013, 43 % of Kenya’s GDP transacted through M-Pesa and the figure is rising day by day. Similarly, in Bangladesh bKash has taken centre-stage in the mobile payment market. In India, the customer adaptability of M-Pesa or Airtel Money is still at its nascent stage.

While the world was witnessing payment based solutions, an Innovative financial instrument called ‘Carbon Credit’ was first traded in 2008 by CantorCO2e Ltd which developed an internet based trading platform. A carbon credit in simple terms is a tradable certificate which permits a right to emit 1 ton of carbon dioxide or other greenhouse gas of this equivalence. The concept was created as part of Kyoto Protocol to discourage countries/companies that emit carbon dioxide, and that they should pay to countries/companies that don’t emit such toxic gases by using clean technology. Globally carbon credits have traded above 20 Euro which brought windfall gains to many companies globally. Many companies like Indian Railways, Jindal Steel, Reliance Power, Delhi Metro Rail Corporation have got rewarded remarkably by this.

In the decade that was witnessing a lethal combination of access technology and access to easy capital due to quantitative easing, an out of the box concept of Digital Currency called ‘Bitcoin’: A peer to peer Cash System was invented in 2009. This was considered as a threat to the concept called ‘Currency’.  Bitcoin is a digital currency whose record is kept by Blockchain. A Blockchain is distributed database software which is a public ledger that records all bitcoin transactions. Since it is a digital currency the peer to peer transactions or chain needs to be verified by network which runs this software. Every time a transaction occurs, its information is shared across network to validate the transaction, which is done by miners and to avoid duplicate bitcoin transactions without a central agency, as in the case of real world currency. As per last figure there are 21 million bitcoins floating in the system. The interest in bitcoins peaked when in 2014 IRS stated that gain from bitcoin trading can be taxed. In 2015 around 1 lakh merchants accepted bitcoins as a form of payment. According to Don Tapscott – CEO of Tapscott Group, the Blockchain revolution is going to change the money business which seems quite likely. This is just the beginning of disruptive innovation in financial sector as the underlying software Blockchain is finding more applications whether in capital market or air-ticketing and many more.

The disruptive innovation wave hit India in 2010 with the advent of Paytm a home grown payment gateway solution which started its humble beginning as a mobile charging solution. Today Paytm has reached an astonishing figure of recharge worth 5 million a day. The biggest challenge in Financial Sector worldwide was regulation. Taking clue from the African nations, RBI in 2015 gave licenses to payment banks. This was a Game changer for Paytm which has not only entered business of bill payment or B2C retail but has ambitious plans of  raising deposits to the tune of Rs.10,000 crore in next three year as a payment bank.

In times to come, established banks and financial service companies are going to face the competition from these disruptive innovations in finance. As barriers in business reduce due to governments around the world spending time on simplifying regulations for facilitating Ease of Doing business, this competition would certainly increase. If a telecom operator can become a bank, imagine the plethora of possibility for innovation in Banking and Financial Services industry (BFSI)! In near future, we may see the e-retail giants not only selling products but also lend money or even accept deposits thereby challenging the brick and mortar format of banking. It would be very interesting to witness innovative ideas in finance which are going to challenge traditional business models in the times to come.

- By Prof Dr Suyash Bhatt, core faculty in finance at WeSchool, Mumbai. He is a Computer Engineer with Masters in Finance and a PhD in Business Management. Views expressed are personal.