To bid or not to bid: Economics of sports

Whether to host a mega sporting event for economic benefit or not? 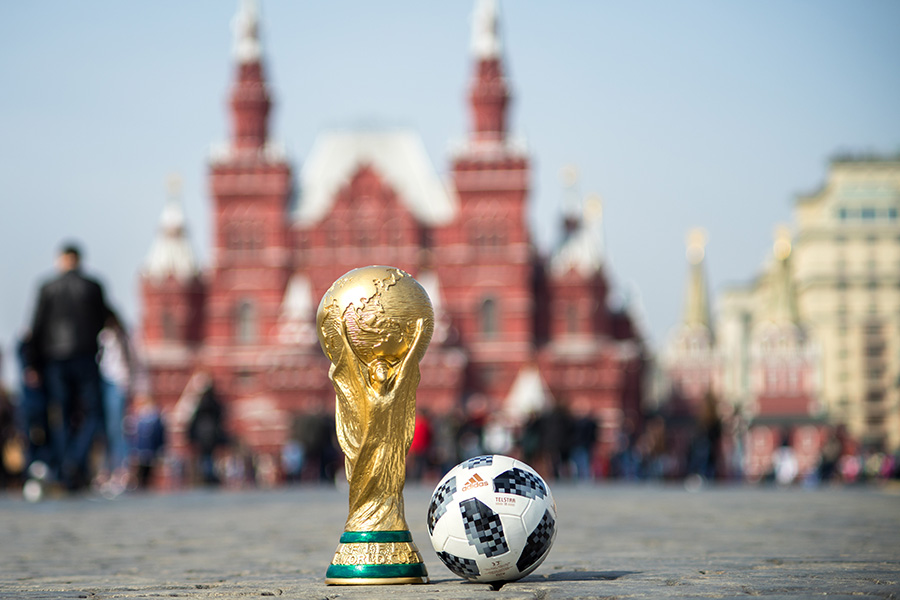 As the world is gripped with 2018 FIFA World Cup, assessing the economic impact of the world’s most followed events would be worthwhile. This year, FIFA 2018 would be the second largest international event hosted by Russia after the winter Olympics. According to World Economic Forum, FIFA 2018 is the most expensive edition so far, with an estimated investment of $14 Billion. Economists around the world are busy calculating the opportunity cost of hosting such a mega sporting event.  Traditionally, government expenses on building a desired infrastructure should boost GDP of the host country by few 100 bps. We believe there are four major areas which would benefit from hosting such a mega sporting event.

1. Boost in Tourism
FIFA 2018 is a sports tournament watched by billions of fans across the world but very few witness the event live. A chance to watch it live plays an aspirational element associated with it. The host country witnesses a huge influx of new tourists who would have traditionally not have visited the host country for some reason or the other. The fact is well published in all post-event analysis of mega sports events. 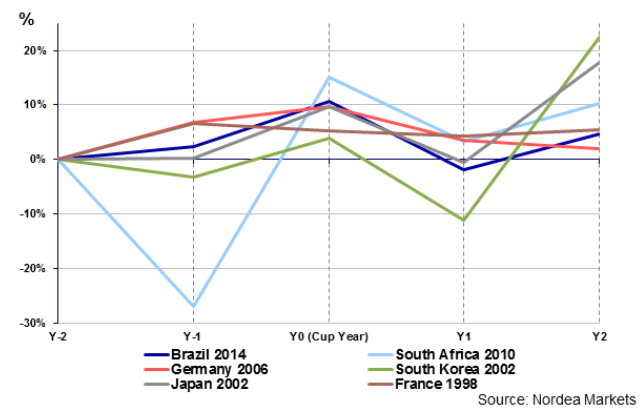 However, there is a flipside to it as well.  The United Kingdom government saw a considerable displacement of regular tourists due to anticipation of overcrowding.

2. Investment and Upgraded Transport Hubs
There are set rules in context to minimum infrastructure made available by all major sporting consortiums. In this pursuit, there are many host countries who end up spending more than what they can handle. For example, according to Brazil’s Federal Court of Accounts, the host had spent $9.63 billion which was majorly utilised to upgrade or build urban transport, stadiums and airports. However, the aftermath of the same is shocking as we see the most expensive stadium Estádio Nacional Mané Garrincha, in Brasilia is currently used for bus parking lot. In fact, many of these public sporting infrastructure created across the world for World Cup or Olympic or Common Wealth Games are found to be highly underutilised,  and go on to become white elephants for states or local councils. Does this mean hosting a mega sporting event is a loss making proposition? The answer is no. If these events are hosted in a developed economy, the host country would end up spending incremental amount only for upgradation like in case of London Olympic.

3. Job Creation
Hosting a mega sporting event means; “All the king’s men and all the kings horses...” are put to work creating a large scale employment generation for a short span of time. Our study shows, a jump of 50 to 200 bps in economic activity is observed in the host country over last two decades.

4. Bragging factor
This aspect seems to be the prime attraction for countries bidding to host the world’s most celebrated sports tournaments. Our study shows that ranking of the country as an investment destination significantly improves as evidently seen in case of Brazil post 2007 when it was confirmed as host for 2014 FIFA World Cup. Our study also shows a marginal increase up to 100 bps in trade of the host / bidding country as well. This may be true even for Russia which may post a positive GDP number after two years of negative numbers posted. This is true even for oil rich Qatar which will be hosting 2022 FIFA World Cup.

Just as a coin has two sides so does the question ‘whether to host a mega sporting event for economic benefit or not?’ The popular book by Andrew Zimbalist, Circus of Maximus does explain why expenditure on such events is a colossal waste of tax payers’ money whereas the Lewis Theory of Economic Development suggest otherwise. There is an element of prestige associated with such decision making which many behavioural scientists are still trying to quantify. Nevertheless it’s definitely a moment of conceit for being host for a World Cup or an Olympic.