Branded jewellery is the new darling of investors

Branded jewellery, especially with diamond insets, is attracting the attention of investors 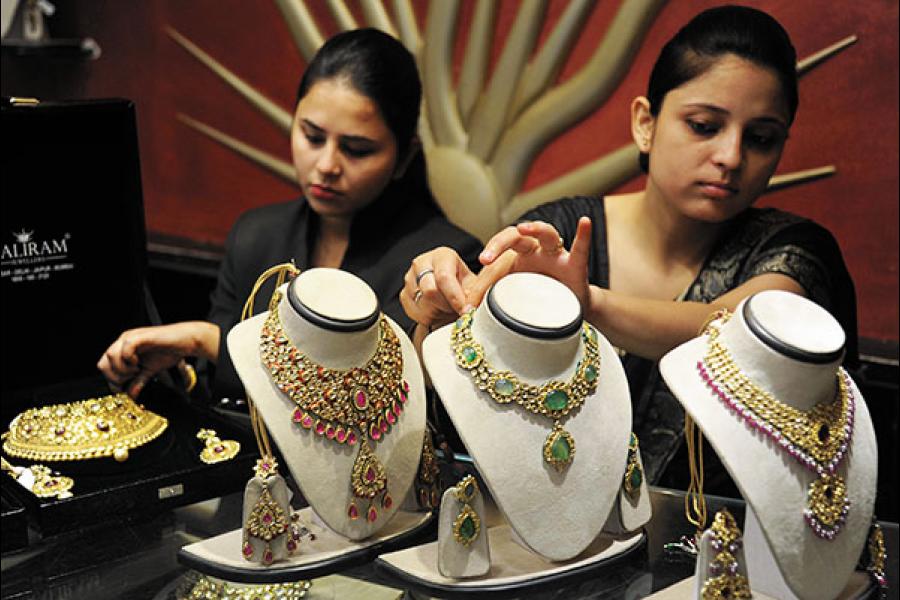 Image: Getty Images
In 2014, India was the world’s leading purchaser of gold, consuming about 880 tonnes

Last month, private equity (PE) firm Creador said it has invested Rs 135 crore in a minority stake in publicly listed Delhi-based jewellery makers PC Jeweller Ltd. So far, consumer services were the sweet spot for Creador; it focuses on long-term investments in India, Indonesia, Malaysia and Singapore. With this deal—Creador’s sixth in India—the PE firm made its first investment in the jewellery segment.

Private equity investors have traditionally shied away from commodity and commodity price-driven businesses like gold and silver jewellery because generating margins is not easy in such sectors; it is not possible to charge more than an accepted amount when the commodity is traded on a daily basis and customers are aware of the rates.

However, over the past two years, there has been an increase in investor interest in the jewellery business in India: In 2014, there were nine such transactions worth $277 million, compared to four deals worth $35 million in 2013.

The reason for this newfound interest lies in the fact that gross margins are higher in jewellery businesses that are design led. Also, massive profits can be registered by offering a mix of gold and diamond jewellery.

“When you add beauty and design to jewellery, it is not a commodity. It becomes aspirational, artistic and brand-driven,” says Gaurav Singh Kushwaha, founder and chief executive of online jewellery company BlueStone. “We see jewellery as an ornament and that’s where high margins come into play; the fundamental value of the business is very high.”

BlueStone, founded in 2011, has been backed by Ratan Tata, chairman emeritus of Tata Sons, apart from Accel Partners, Kalaari Capital, Saama Capital and Meena Ganesh. It has so far raised $15 million over two rounds of investments. In FY2014, the company’s revenues grew four times to Rs 17 crore; it is expected to touch Rs 70 crore for FY15.

According to Kushwaha, margins are not more than 3-5 percent in gold coins and bars. But for finished branded jewellery, the margins are between 25 and 35 percent.  “Internal rate of return [IRR] for companies like us, based on the valuation over a period of time [the past two to three years], is anywhere between 70 and 80 percent.”

Mridul Arora, vice president of SAIF Partners, which invested in Senco Gold Ltd, says designs are a formidable differentiator and margin creators when it comes to jewellery. In October 2014, SAIF Partners invested Rs 80 crore in Kolkata-based Senco Gold, one of the largest jewellery retail chains in Eastern India. “It [jewellery] is a very profitable retail format; it’s the most profitable retail business per sq ft from the point of view of margins,” says Arora, adding that the demand for jewellery has been steady for the last two decades.

In 2014, India was the world’s leading purchaser of gold, consuming about 880 tonnes, says a report prepared in conjunction with Gold Fields Mineral Services (GFMS) analysts at Thomson Reuters. This was at a time when global demand for gold fell by 18.7 percent.

Diamonds: A Jeweller’s Best Friend
However, even design-led jewellery with gold alone cannot give investors the desired returns of 20-25 percent as day-to-day trading prices set the value of the ornament; making charges and design alone cannot generate a premium of more than 18 percent. But add diamonds to gold, and the stones alone can bring in margins of 100 percent to a whopping 8,00,000 percent.

Unlike metals, it is very difficult to put a price on diamonds, even if you get them assessed on caratage, colour and clarity. The value of these stones depends on their source, and on the rarity of their colour and size. In the hands of a renowned diamantaire, the price shoots up to a few crores.

“Diamonds are huge value creators. Pricing of diamonds is based on how one uses it in the jewellery. If used imaginatively, it can fetch attractive premiums,” says Anand Narayan, senior managing director, Creador Advisors India. “That’s the most attractive part of these businesses, with margins that can be massive.”

When it comes to diamonds, jewellers typically buy large stones that are then cut into smaller pieces. All these smaller pieces are then sold at various price points. The waste that is produced during the cutting of diamonds is also put to use, and is often used in bangles. “You charge the customer for these diamonds [which are actually a waste],” says Narayan.

PC Jeweller has demonstrated a growth of 46 percent compound annual growth rate (CAGR) in profit after tax between fiscal years 2010 and 2014, driven by an increasing proportion of domestic sales and diamond mix. It has an average return on equity (RoE) of 34.7 percent over the last five years.

Brand Value
Only 20 to 25 percent of the jewellery market in India is organised, including companies like Tanishq and Gitanjali. Experts say there is a viable opportunity to build branded, design-led jewellery businesses here, on both online and offline platforms. Investors too are bullish about both these formats.

“A capacity to sell intricate, complex designs in gold and diamond can drive the margins up. Your brand also drives margins. Organised firms have higher margins because of the making charges,” says Arora of SAIF Partners.

But buying gold is not what it used to be a couple of decades ago. About 15-20 years ago, jewellery was seen only as investment, but that mindset is changing, says Harminder Sahni, founder and managing director, Wazir Advisors, a retail consulting firm. “Customers are now more open to the fashion aspect of jewellery and do not want to spend a lot on pure gold [18 or 22 carat] jewellery,” he says.

In the fashion jewellery space, typically the ticket size is between Rs 1,500 and Rs 2,000. In BlueStone, for example, they are talking about design-based fine jewellery with an average ticket price between Rs 15,000 and Rs 20,000. “It is more of a brand that you are creating and people specifically look for your designs and brand and that’s what we want,” says Meena Ganesh, promoter and investor.

“Gold is now a fashion accessory. Fashion is not dying. It is the customers’ need to look beautiful, to flaunt. The nature of the business may change, but requirements for luxury, fashion are not gone,” says Vasudevan of Creador. “Customers in the US are buying 12 carat jewellery. It will come to that in India soon.”

Tweets by @forbesindia
The Forbes India Trophy 2015
Supercars and Timepieces