Can Ashiana Housing replicate its success outside North India?

Ashiana Housing owes its success to its pursuit of customer satisfaction and conservative business practices. But can the Rs 123-crore North India-based developer sustain this model as it expands to other parts of the country? 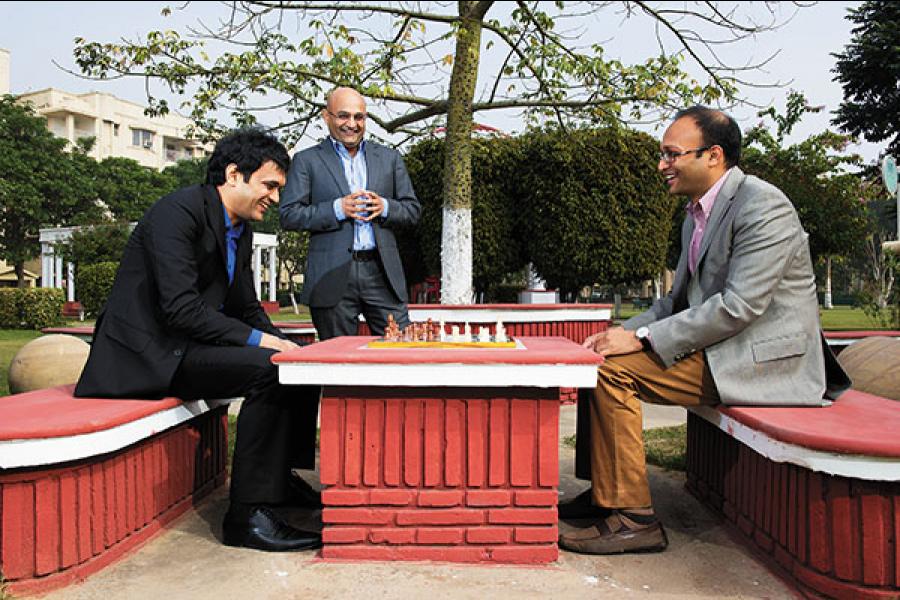 Manoj Kumar, a chartered accountant who resides with his family in Bhiwadi, a tier-II city in Rajasthan, spends at least a fortnight every month at his company’s headquarters in New Delhi. The nature of his job and the extended periods he spends away from his family played a key role in his decision to buy a two-bedroom apartment at Ashiana Surbhi, Bhiwadi, in March 2014. This investment, he says, has brought him a measure of peace. “In my absence, I wanted my family to live in a comfortable house with facilities such as excellent security, good maintenance and playgrounds. I didn’t want to worry about my wife and children when I was at work,” says Kumar. “Ashiana (a South Delhi developer) has good after-sales services. I have always received prompt response from the support staff.”

This would be music to the ears of the management at Ashiana Housing Ltd (formerly Ashiana Housing & Finance), a company that specialises in mid-income housing and retirement homes in North India, with units sold in the Rs 20-70 lakh range. It has enjoyed success despite breaking several unwritten rules that govern the real estate industry. For one, it actively encourages buyers to interact with senior management to give feedback and discuss concerns. At Bhiwadi, where Ashiana is credited by industry analysts with developing the real estate market, homeowners are invited to the company’s monthly meetings, which are usually attended by 70 employees from the mid- and senior-managerial levels.

For the other, the 28-year-old company is not solely dependent on a land bank; instead, it relies on customer goodwill to expand. Over the years, it has acquired a reputation for delivering flats on time. It controls quality by managing a project’s facilities in-house instead of outsourcing them, and doesn’t engage brokers to sell its units, preferring to deal directly with potential buyers.

Above all, it takes pride in the fact that no buyer has taken it to court.

With FY14 revenues of Rs 123 crore, and a profit of Rs 21.86 crore, Ashiana is smaller than all the top players in the market. (Parsvnath Developers, a mid-sized builder which is active in tier-II cities, reported revenues of about Rs 560 crore in FY14.)

Founded in 1979 by the late Om Prakash Gupta, the business is now run by his sons, managing director Vishal Gupta and his brothers Ankur (joint managing director) and Varun (whole time director). “We expect revenues of Rs 600 crore and net profit to cross Rs 100 crore by FY16 when we complete key projects,” says Vishal.

The goal is lofty, but Vishal, 41, and his brothers are as conservative as developers can be and this is reflected in Ashiana’s revenue recognition method or land bank policy. In 2012, the brothers changed the company’s revenue recognition method to contract completion under which earnings are recognised only after an apartment is handed over to a buyer. Most developers opt for the percentage completion method where revenue is recognised in proportion to the money spent on a project. “We did opt for the percentage completion method between 2006 and 2012, but it gave us a false sense of achievement. Our revenue shot up in those years, but we were not selling more units,” says Vishal.

The company funds land purchase through internal accrual, and construction cost through customer advances. “We have never been a debt-heavy company,” says Varun, 31, the youngest of the Gupta brothers. “We are not looking to develop iconic projects or grow at 50-60 percent every year.”

This insight was gained at the cost of a few missteps and failures, including less-than-successful ventures in developing hotels and luxury complexes. In one of its Bhiwadi projects, Ashiana developed 4-5 BHKs priced at Rs 1.2 crore but was unable to offload the units easily. It has since left this niche market to the bigger players. “We don’t do well in the luxury segment. But we develop very good quality mid-income housing. I don’t need to be present in every sector,” says Vishal, who takes pride in the fact that Ashiana’s debt on books is a negligible Rs 15 crore.

Analysts cannot find fault with this asset light model, but wonder whether the company will be able to maintain it. “Such a system helps it remain debt free and keeps cash flow positive,” says Daljeet S Kohli, head of research, IndiaNivesh Research.

Sanjay Bakshi, managing partner at financial advisory firm ValueQuest Capital LLP, is a long-time personal investor in the company. He concurs that Ashiana is averse to raising debt. “You only have to look at some of the large developers’s leveraged balance sheets as well as fundamental and stock market performance to see why Ashiana shines in an area where many have faltered in the last six years,” he says.

The Guptas want their company to “grow at 20-25 percent every year for the next 10 years”. But can Ashiana achieve and sustain this rate without shedding its conservative way of doing business?

That’s unlikely, say experts. It will have to adopt a more aggressive land bank policy. Its current land bank of 16 million sq ft will last for six years at the most, say analysts. It will then have to replenish its inventory every year. “Scaling up is about buying land and launching new projects. It may need to dilute equity after three years or so,” says IndiaNivesh’s Kohli.

Rajat Budhiraja, portfolio manager at Banyan Capital Advisors, argues that Ashiana will not have difficulty gathering funds. “It recently proposed a shareholder resolution for raising capital using equity or equity-related instruments,” he says.Ashiana’s scalability will also depend on its ability to scope out untried markets. “It was the first to enter Bhiwadi, and develop a successful business. It will have to continuously replicate this success,” says Kohli.

Geographical expansion is part of the plan: The Guptas have projects in seven tier-II cities, including Neemrana, Jaipur and Jodhpur in Rajasthan, Jamshedpur in Jharkhand, Halol in Gujarat and Lavasa in Maharashtra. This year, it launched its first tier-I city project in Chennai by partnering with Arihant Foundations & Housing Ltd. In 2016, there are plans to enter Sohna (Greater Gurgaon) and Kolkata. “Not all market entries will be successful. The key is to take on smaller projects in new territories,” says Budhiraja.

And the Guptas know that well. “It took time and effort to establish ourselves in each city,” says Vishal. Ankur adds that Chennai will be a testing ground to see if Ashiana can build its brand in the South. “Can we construct faster, create better quality customer relationships, and consolidate our presence in a market in two years?” asks Ankur, 37, aware that this answer will determine his company’s future.

He’s not too worried, though. “Even if we grow at 20 percent a year for a decade, our turnover will increase 10 times. Our primary focus is to build on Ashiana’s reputation and make customers happy,” says Ankur.

At a time where many buyers are wary of developers, Ashiana’s success reflects a new trend, one where builders are banking on customer satisfaction for growth.

Tweets by @forbesindia
Budgeting high expectations: Why FM Jaitley has his task cut out
Why businesses don't need more and more data