With the backing of private equity major TPG, Vishal Bali is scripting a new chapter in his three-decade journey in India's health care industry 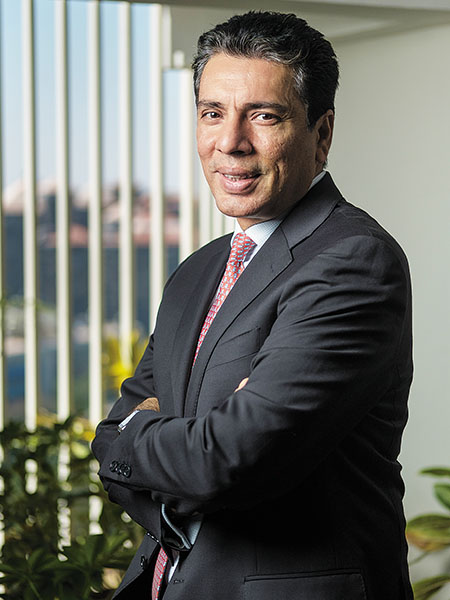 Vishal Bali relinquished his duties as Group CEO of Fortis Healthcare in March 2014 after heading the company for four years. It also led to a new chapter in his 23-year stint in the Indian health care industry. The 52-year-old had started out as a management trainee at Wockhardt Hospitals in 1991 and had worked his way up to the chief executive’s post. In 2009, Fortis Healthcare acquired Wockhardt Hospitals for ₹900 crore and thus began Bali’s association with the chain of hospitals which had operations across Southeast Asia, Australia and New Zealand.

“In health care delivery, particularly in India, you need a combination of soft and hard skills. You are dealing with clinicians, a unique group of people who have to be handled very well…many operating executives don’t have the expertise to deal with them day in and day out,” says Ankur Thadani, vice president, TPG Growth, an investment unit of private equity (PE) major TPG.

The US-based PE firm has $100 billion in assets under management globally, of which $15 billion has been invested in health care. “Vishal, though, has great respect among doctors and has a strong strategic focus in terms of what he wants to build,” adds Thadani. It didn’t come as a surprise then that he sought Bali’s help when he decided to invest big bucks in the country’s health care delivery space.

In India, TPG has invested about half a billion dollars in the health care space through its two investment arms, TPG Growth and TPG Capital. The latter holds a minority stake in Bengaluru-based Manipal Hospitals. Last April, British buyout fund Apax Partners bought TPG Growth-owned Healthium Medtech, a leading Indian medical devices company, for about $300 million. “Health care is a strategic sector for us,” says Thadani.

Following his stint at Fortis Healthcare, Bali was keen on doing something different in health care instead of just building and operating 250-bed multi-specialty hospitals. “If you keep on doing the same humdrum stuff, what’s the point of having spent over two decades in the sector?” quips Bali. While availability of hospitals beds is still woefully low in India, Bali says, “putting together large format hospitals is not only becoming capex heavy, but the return on invested capital behind them is going down substantially.”

He was of the opinion that India would begin to the ape the West with regard to health care delivery at home because of compelling factors such as an ageing population, rise of chronic diseases and insurers feeling the pinch of bloating hospital bills. Thus, in April 2014, Bali bought a Bengaluru-based at-home health care service provider Nightingales through an investment firm Medwell Ventures, which he co-founded. 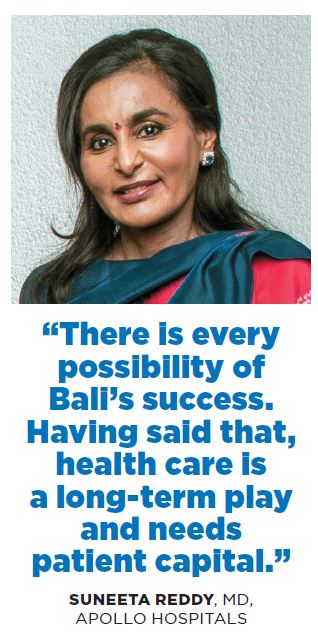 From a handful of caregivers serving a few suburbs in Bengaluru, Nightingales is now present across six cities with 1,200 clinicians on its rolls. It has raised over $35 million in venture capital. “My 100 percent concentration then was to see Nightingales grow because I was passionate about it,” says Bali, who today spends just two to three days a month taking stock of its operations.

His focus presently is on Asia Healthcare Holdings (AHH), of which he is executive chairman. AHH runs a network of small-format, single-specialty oncology, and mother and child hospitals under the American Oncology Institute (AOI) and Motherhood brands, respectively. Founded in mid-2016, it is 100 percent funded by TPG Growth and also runs a diagnostics business under the brand Ampath.

“There is nobody in the health care business that has his broad focus and direction,” says Thadani of Bali. “It’s tough to get people who are operationally intensive and have a numerical backbone.”

To date, TPG Growth has invested about $70 million in AHH, which has built its business by buying out small single-specialty health care businesses and scaling them. “We already have 12 Motherhood and 11 AOI centres, and are knocking on the doors of being the largest [health care providers] in both the specialties,” says Thadani. “A lot of our peers, be it single-specialty or multi-specialty hospitals, struggle for many years with profitability. Our business has broken-even across verticals.”

While Bali was busy scaling Nightingales (which is not a part of AHH), he joined TPG Growth as senior advisor in May 2014 and helped it find companies to invest in. However, it was easier said than done. Having seen multiple health care assets and conducted due diligence on at least five of them between 2014 and 2015, no deal was in sight. “Valuations were crazy—people were talking about 30 times their Ebitda, which was nonsensical. Even today it is the same,” says Bali. “If your entry price is that, what would your exit price be?”

He gave TPG Growth an alternative plan instead. Bali suggested that it invest in early-stage companies, about four to five years old, by taking majority control and growing their businesses. This was contrary to the PE firm’s practice of investing in more mature, high-growth-oriented companies. Bali, however, was happy to lead such an initiative as the delivery of health care in India was changing. “There are [medical] specialties that can be taken out of a [multi-specialty] hospital, which are far more scalable, have much better unit economics, and bring health care closer to the consumer,” says Thadani. It was on this premise that AHH was born: One health care delivery platform under which there would be multiple single-specialty medical companies.

In May 2016, AHH bought a majority stake (68 percent) in Cancer Treatment Services International (CTSI), which operated a single 250-bed hospital in Hyderabad under the AOI brand. It remains the only AOI hospital with a large bed count. AHH operates 10 AOI hospitals across cities like Ludhiana, Jalandhar, Nagpur, Hisar, Bhubaneswar, Vijayawada, and Guntur, and one hospital in Sri Lanka. These are all approximately 25,000 square feet standalone towers in the campuses of larger multi-specialty hospitals. For example, in Ludhiana, AOI is in the campus of Dayanand Medical College & Hospital, which is owned by the Hero Group.

“What the partners provide is the real estate. We don’t want to take ownership of the land as we want to keep our balance sheet light. We come in with all the technology and clinical expertise,” explains Bali. All the clinicians and staff are AOI personnel, the hospitals follow AOI medical protocols, and the day-to-day running of the centres is done by AOI.

Interestingly, CTSI was a US-based entity in which University of Pittsburgh Medical Center (UPMC) was a shareholder and technical partner. Today, UPMC, which is a $19 billion non-profit health enterprise and a leading provider of cancer treatment, is a minority shareholder in AHH-owned Cancer Treatment Services Hyderabad Pvt Ltd (name changed post acquisition) and continues to have a deep technical collaboration with the AOI.

“It [AOI] is the only cancer network which has an international tumour board wherein we have specialists [from UPMC] sitting down with our doctors to deliberate on cases where the diagnosis and treatment protocol are not straightforward or the outcome of the treatment protocol needs to be altered mid-way,” says Jagprag Singh Gujral, CEO, AOI. Typically, when hospitals prescribe cancer treatments to patients, the treatment is first vetted by an in-house tumour board that comprises a surgical, medical and radiation oncologist along with a pathologist and nuclear medicine specialist.

Between November 2017 and November 2018, 1,500 cancer cases were reported to AOI’s international tumour board due to the complexities involved. The UPMC association, believes Gujral, helps AOI differentiate itself from other hospitals by offering better accuracy of treatment.

Similarly, for another AHH entity Ampath, a diagnostic service provider to 800 hospitals and polyclinics in India, UPMC overlooks its technical know-how, undertakes audit checks and even overlooks the onboarding of its clinicians. Ampath, acquired by AHH as part of the CTSI deal, later spun-off into a standalone diagnostics entity. While Ampath does extensive work for AOI and Motherhood, Dr Sushant Agrawal, CEO, Ampath, says, “75 percent of our business is outside of the AHH platform.”

Through AHH, Bali is looking to better address critical factors in running a health care business such as speed of execution, efficient capital deployment and strong clinical impact. And for that to happen, he believes that single-specialty, small-format hospitals are the way forward.

Consider Motherhood, which AHH acquired in August of 2016. From three centres in Bengaluru, it has grown to 12 centres across metros like Mumbai, Chennai, Pune and Coimbatore. Importantly, Motherhood’s singular focus of offering boutique birthing experiences (akin to a 5-star hotel experience) has dramatically changed, with the focus now being on high-end mother and child care. 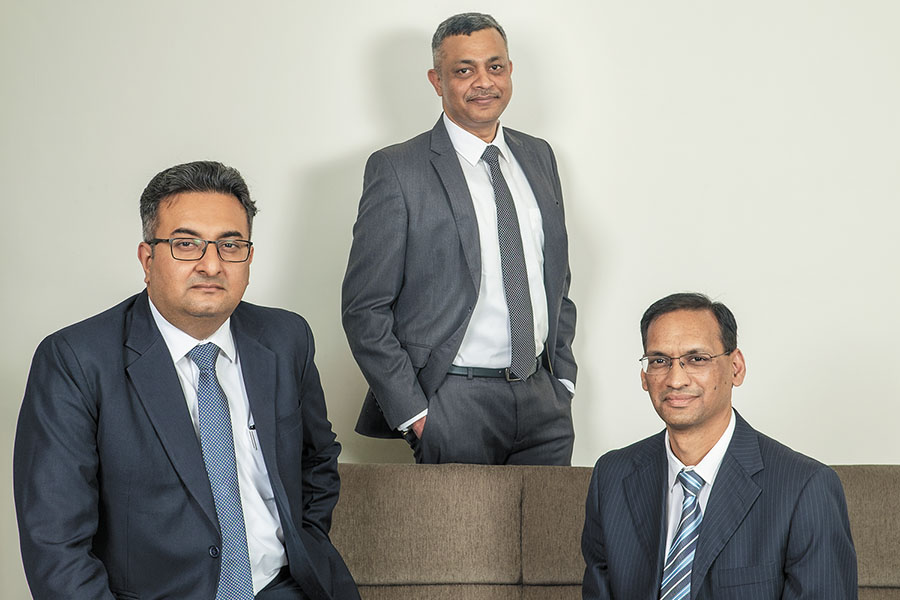 “At almost all centres we have highly trained women surgeons [with 20 to 25 years of experience] performing complex surgeries like laparoscopic uterus removal and vaginal prolapse repair, which take anywhere between four to seven hours,” says Vijayarathna V, CEO, Motherhood. “We have also operated on six babies suffering from diaphragmatic hernias (where the diaphragm of a baby moves up into the lungs, causing breathing difficulties) in the last one year. In one case, we had to operate on a baby after the second hour of birth,” adds Vijayarathna.

Overall, AHH has grown from a mere $5 million in revenue when it started in mid-2016 to about $83.3 million at the end of December 2018. And in just 30 months of its operations, Singapore’s sovereign fund Temasek is investing $50 million in AHH for a minority stake. “The idea of the Temasek funding is to get more money into the platform to grow the business,” says Bali. The AOI brand, for one, will be taken to Bangladesh, Nepal and Myanmar. “At the unit level (at each hospital), all our businesses which are more than one year old are Ebitda positive,” he says.

Apart from oncology, mother and child care, and diagnostics, ophthalmology is an area of interest for Bali. “A lot of technological advancement has happened in ophthalmology and it is a space of interest for us,” he says, adding that it lends itself to being a small-format, single specialty business.

Friend, competitor and health care veteran Suneeta Reddy, MD, Apollo Hospitals, gives Bali the thumbs up but also has a few words of caution. “I am sure there is every possibility of [his] success. Having said that, health care is a long-term play and needs patient capital,” she says.

The Indian health care landscape, according to Reddy, will have two addressable markets: One that is significantly premiumised and another where there is an opportunity to play the volume game without compromising on clinical quality. “Serious players will need to look at these carefully and position themselves along this spectrum,” she says. “Finding the right price point and value proposition will be key.”

For now, the only spectrum visible to Bali is AHH. And as Thadani says, “I would argue that we have the best operating team in the country.”