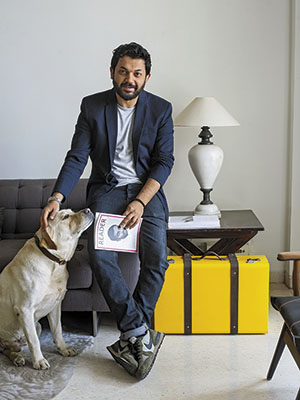 Tucked into one of the narrow bylanes of the historic Hauz Khas Village in New Delhi stands a store that many mistake to be Italian, or Japanese. It exudes an ambience of nostalgia and fine craftsmanship—leather goods and accessories with vintage black-and-white prints and contemporary designs—while muted detailing lines its walls and shelves.

Six years ago, Gautam Sinha, 36, set up his store, Nappa Dori, in this bylane to create an identity for himself, instead of continuing to hand over his designs to someone else. ‘Nappa’ is a word for soft leather that has Spanish and Native American roots while ‘dori’ means thread in Hindi, the two essential components of Sinha’s products. With these, not only has he stitched together a brand that is comparable with big names such as Hidesign and Fossil where quality is concerned, but has also brought Indian aesthetics to a global product range.

Today, Sinha can boast two more outlets (at Mehar Chand Market and Select Citywalk mall in New Delhi), exports to the US, France, the UK, Japan, Finland, Germany and Singapore, and provides in-room leather accessories for hotels such as The Westin Gurgaon and Fairmont, Hilton and Burj-Al Arab (all in Dubai). His famous clients include filmmaker Mira Nair, actors Sonam Kapoor, Jacqueline Fernandez and Nimrat Kaur, and Hollywood biggies Naomi Watts and Eva Longoria.

Sinha’s journey into the global market for fine leather goods began in Delhi, where he was brought up by a single mother, and where, as an aspiring designer, he did not have the money to apply to either the Rhode Island School of Design, or the Fashion Institute of Technology in New York; so he settled for what he could—studying fashion designing at the National Institute of Fashion Technology (NIFT) in New Delhi. 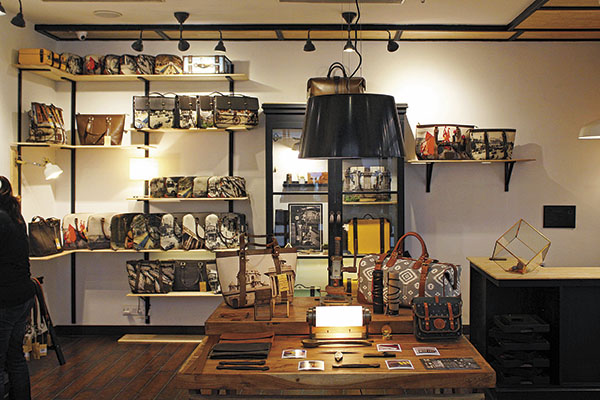 After “going through the motions” at NIFT, Sinha discovered his love for working with materials and manipulating them to his will in his first job with an exporter, making Christmas ornaments of glass beads and copper wires. This was also where he learnt the ropes of running a business, and designing goods with the objective of selling them.

“Leather came to me,” he says, remembering a chance order he bagged to replicate designs of leather belts for a Scandinavian buyer in 2004. Having never worked with leather before, he didn’t have the slightest idea about the material. But not wanting to let go off the opportunity, he travelled to Kanpur, a hub of leather tanning and manufacture, roped in the master craftsman of a prominent leather exporter, and executed the order. The process of discovering this new material made him create a few designs of his own, and soon he was also designing for the same Scandinavian client.

This marked the beginning of his love affair with leather, and the establishment of his first formal enterprise, Definite Design. “Leather is a fabulously versatile material to work with. It is one of the oldest materials used by man and has withstood the test of time in terms of its usability in different forms through generations,” he says. The lack of any kind of guidance proved to be a blessing in disguise; it was all about sitting down with the craftsmen and learning together. “The fact that there was no one to teach me made me fearless,” he says. 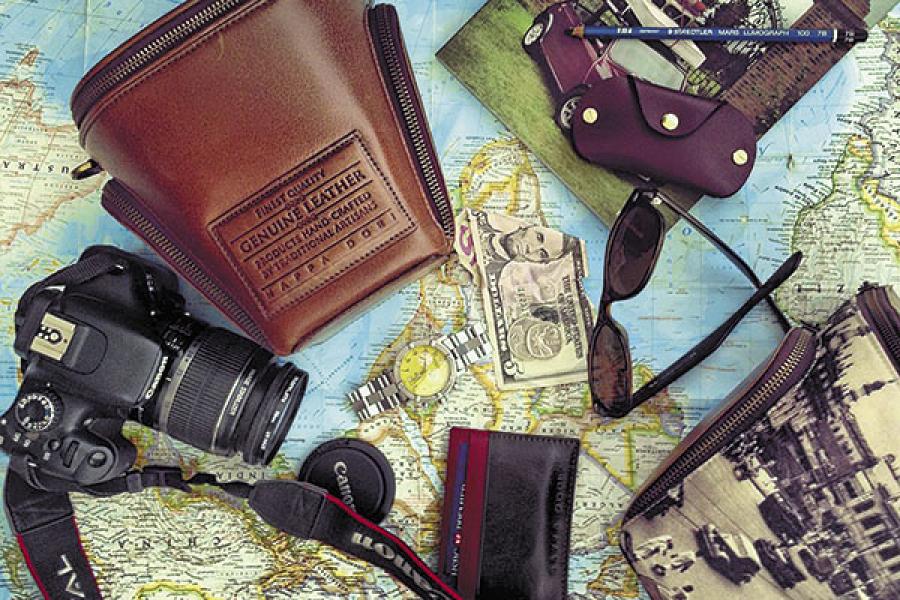 A DSLR camera case made of genuine leather

Though he created his own designs, he could not claim them as his own; they passed into the hands of brands that sold the products. After six years of Definite Design, Sinha decided to give a name to his own creations, and launched Nappa Dori in December 2010, with his first shop in Hauz Khas. (With an increasing product range, it became difficult to operate from there and the store moved to the shop next door, which is larger.)

Nappa Dori is representative of young, aspiring and urban India. Sinha designs for clients in their 20s and 30s, who are well-travelled, adventurous, and have a well-defined notion of style; they feel a sense of pride in being Indian and carrying an Indian brand that conforms to international standards. “This shows how well the country is doing economically, as well as the aspirational values of the younger generation,” he says. “Gone are the days when you felt you had to carry something made in England or America to show you are ahead of the curve.”

Nappa Dori’s product range includes bags, trunks, stationery and other accessories, including a teaser collection of shoes. Although bags are its predominant product line, and hence sell the most, Sinha’s personal favourite is the Sapper Log file—an old-school World War II logbook.

“I don’t think there existed a market segment that catered to really high quality, carefully curated leather products in India,” he adds. “We have paved the way for many to follow. So I feel the biggest competition for us is ‘ourselves’. We need to keep evolving, experimenting, giving people things they don’t expect. I feel most companies get stuck in routine rules and regulations, and market studies, and end up making the same things again and again. One needs to take risk or else you will always worry about competition.” 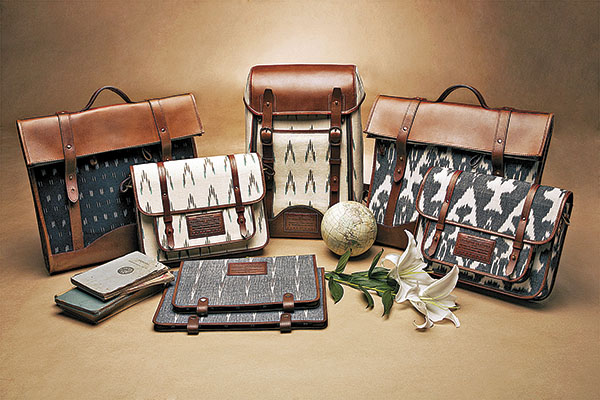 Handwoven ikat fabric is combined with leather to create a range of satchels, travel bags and laptop sleeves

In the early years, most of Nappa Dori’s revenues came from exports, but now in-store sales and corporate gifting have grown to contribute almost 90 percent of its current revenues, claims Sinha. Exports continue to feature on its revenue stream, where it manufactures products for other brands.

Drawing inspiration from neighbourhoods such as Lutyens’ Delhi and Connaught Place—home to a mix of colonial architecture with Indian influences—Sinha’s creations have generous dollops of nostalgia. “I love vintage,” he says. “When I am travelling, I am always looking for concept stores that have something unique to showcase. It shows you how much a city has evolved.” The love of all things old is also the reason behind his collection of vintage vinyls from thrift shops all over the world.

Travel, in fact, features big on his list of must-dos. Travelling with just his mind for company allows him the time for introspection. “It is just like meditation,” he says. “Travelling alone is an acquired taste, it’s not for everyone. But once you get used to it, it opens up the world to you.”

And the world, indeed, has opened up to Sinha’s designs.