The tycoon is seeking the next big growth leap in India for his steel empire. Now a promising start for his ambitions has come in Karnataka and Jharkhand 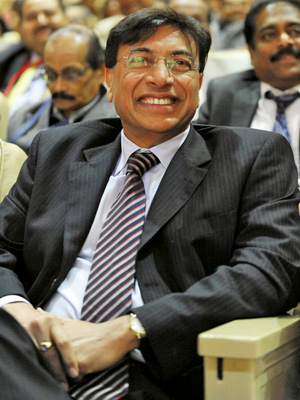 WHAT WE HAD SAID
Steel consumption in any region moves in a 30-year cycle: Large-scale building of infrastructure kick starts the demand, the automobile sector takes over after a few years and at the end of the cycle, replacement demand comes in. In India, it has just begun and Lakshmi Mittal (Forbes global billionaire ranking 21) wants a piece of this pie—especially because his expansion in China is limited due to regulative issues. But with constant delays because of delay in acquiring land and grant of mining leases, Mittal tweaked his India strategy a little. Instead of setting up mega steel plants of 12 million tonnes of annual capacity, he decided to go for smaller 6 million tonne-capacity plants. The main benefit: This will cut down on the land needed for the plant and thus speed up the project execution.

(You can read the story here:  Lakshmi Mittal: Cast In A New Mould )

WERE THE STORY STANDS
It is ironical that seven years after Lakshmi Mittal signed a memorandum of understanding, or MoU for the first of his Rs 1 lakh crore proposed investments in India, his biggest achievements are not in the steel sector, but in sports! Sportspersons supported by Mittal Champions Trust—the billionaire businessman’s private initiative to promote Indian athletes—have till now won 11 international gold medals. They include Abhinav Bindra who shot to fame in the last Olympic Games in Beijing. Eight of the “Mittal athletes” have already qualified for this year’s London edition.

Unfortunately, the steel king’s proposed plants in Orissa, Jharkhand and Karnataka are yet to bring similar glory. In fact, the MoU for the Orissa project, the first one that Mittal had announced amidst much fanfare in 2006, has expired and is up for renewal. The official statement on the Orissa project has also remained unchanged for the past few years: "We continue to pursue land acquisition and mines allocation with the state government.”

The most promising start for Mittal’s big ambitions in India has come in Karnataka, where his company ArcelorMittal has received “possession certificate” for 1,828 acres of the total 2,786 needed. But the hitch here is the iron ore mine, which Mittal wants before setting up the plant in the southern state. The Supreme Court ban on iron ore mining in the state means that the London-based businessman will have to wait for some more time.

Mittal’s company has also made some progress in Jharkhand, having received an iron ore mining lease. Right now the company needs the nod from the state’s forest department to start drilling. A coal block also has been awarded to the company. But the stickiest point for ArcelorMittal in the state is the suspended land acquisition drive, despite opting for a smaller plant with a capacity of 6 million tonnes a year. The company plans to set up a second plant of a similar capacity in another site to speed up the project progress.

However, despite changing the proposed site to Petarwar, the company found out that members of the local Munda tribe are covered under the CNT (Chotangapur Tenancy) Act, according to which a non-tribal can’t buy land from them. An ArcelorMittal executive said that the state government can buy the land from the tribals and help the company. The last word though is yet to be said on this.

Nevertheless, Mittal is making sure that plant or no plant, his company is getting some pie of the Indian steel market, among the fastest growing in the world. ArcelorMittal’s distribution arm now sells almost 2 million tonnes of steel in the local market. And that is not counting its presence through the stake in Uttam Galva Steel, where speculation never dies about Mittal increasing his shareholding.