Seven reasons why Deadpool is becoming a worldwide success

Deadpool could as well be renamed as Redpool. 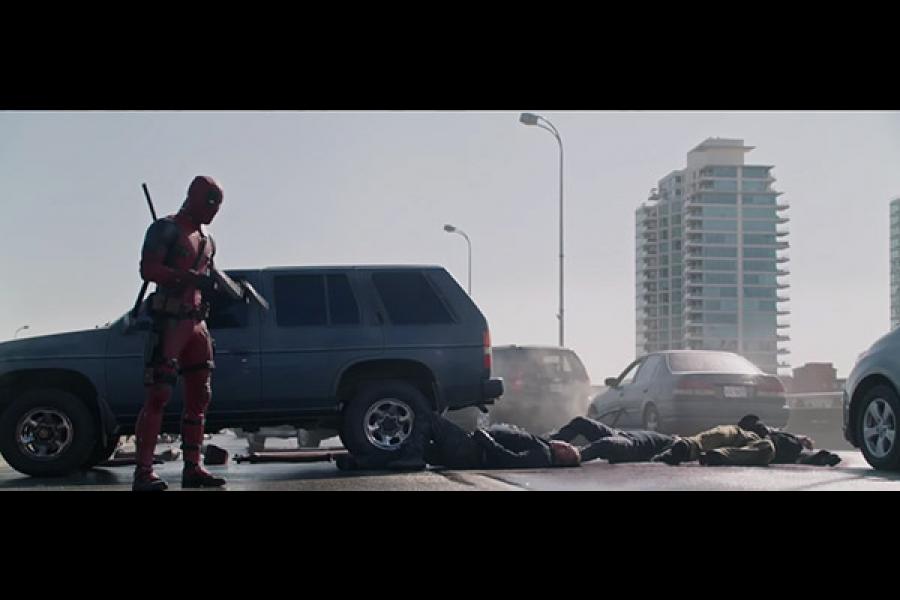 The movie starts with ‘Mera joota hai Japani’ with a superhero wearing a red suit. No wonder the movie is a big hit in Russia.

Deadpool has had the biggest opening for an R rated film at $325 million from 62 markets since it opened on February 12, 2016. In Russia, the film garnered $13.1 million in the opening weekend. That is even higher than the Star Wars Episode VII: The force awakens which bagged $12.3 million in Russia in the opening week.

Now the question is will Deadpool live up to its reputation and manage to actually beat Star Wars Episode VII’s total collection of $2 billion worldwide.

It doesn’t really matter. The movie has done what it was meant to do. And that is to create high quality entertainment for the matured superhero fan.

The movie is incredibly witty with gags and black humour. It mocks the entire superhero universe and makes fun of some of the most loved characters in the Marvel and DC franchise. But it is the self deprecating parts that really get you. Here are seven reasons why you should be watching Deadpool:

1. Superhero movies follow the deadly cycle of eight years. In 1992, there was Batman Returns followed by a financial crisis. The Christopher Nolan directed movie Dark Knight was released on July 18, 2008. On September 15 that year Lehman Brothers filed for bankruptcy. And now, we have Deadpool  and a lot of financial analysts screaming this is the beginning of a new crisis. Oil prices are below $30 and there are negative interest rates. The time is perfect for a superhero who doesn’t hesitate to kill whatever that doesn’t need to survive.

2. Most of the characters in the movie are low-level wage earners. There are mutants, ex-soldiers and CGI characters struggling to make ends meet. There are no rich guys in the movie. No fancy villains. The bad guy is a mutant crook who wants to create slaves out of people.

3. There is a cure for cancer. But then, there is too much torture and if you survive the treatment you will be immortal with a weird sense of humour. So serious surgery will come at a cost and that is plenty of black humour.

4. Deadpool starts with the popular Hindi song ‘Mera joota hai japani’ being played inside a cab driven by an Indian called Dopinder. He prefers a yellow cabbie. A superhero dressed in red and not having his own supercar and the Hindi song point towards a left-leaning superhero. He might be an inspirational figure for the protesting students from JNU.

5. Negasonic Teenage Warhead looks like Sinead O’Connors who did that phenomenal early nineties song cover version of ‘Nothing Compares to You’. If you still remember her then chances are that you missed the entire grunge scene and music stopped with O’Connors. There is a Ripley-Alien 3 joke in the movie. Negasonic is the futuristic version of Sigourney Weaver and Si O’Connors.

6. If you were a Wham fan in your teens then Deadpool is for you. Deadpool is a Wham fan. Remember George Michael and Andrew Ridgeley. But since most of the people in the cinema hall would not have heard Careless Whisper, chances are that you will feel like an uncle. If the 90s pop music nostalgia is not over for you, then the movie also has ‘You are the inspiration’ playing in the background during a serious fight. This one will kill you for sure as you will remember your 10th standard summer vacation.

7. The movie is the directorial debut of Tim Miller who had earlier done the title sequence of The Girl with the Dragon Tattoo and the opening sequence of Thor: The Dark World.

11,938
Thank you for your comment, we value your opinion and the time you took to write to us!