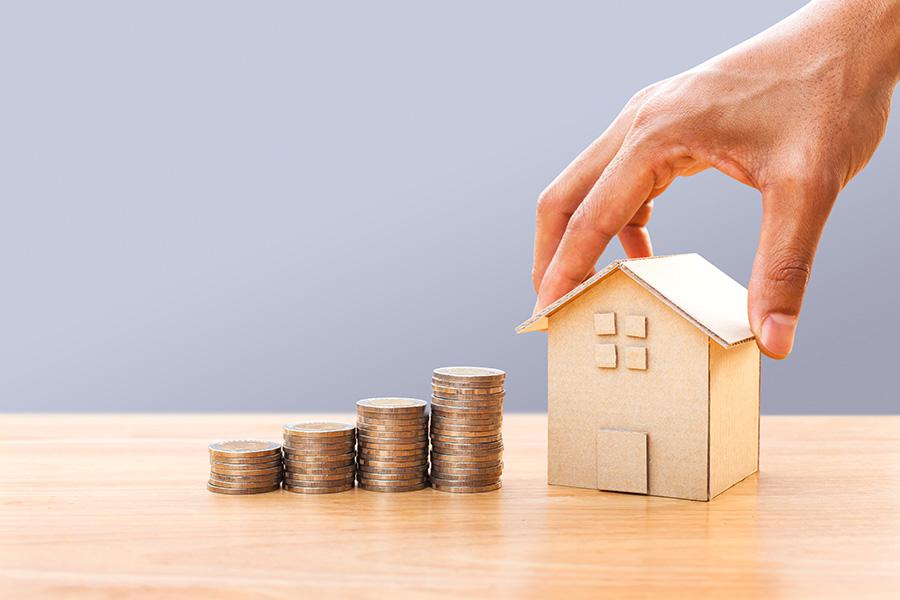 Housing finance companies (HFCs) closed fiscal 2018 with assets under management (AUM) of over Rs 10 lakh crore, up 24 percent year-on-year (refer to chart 1), shows an analysis of 20 HFCs that account for over 90 percent of the sector AUM. 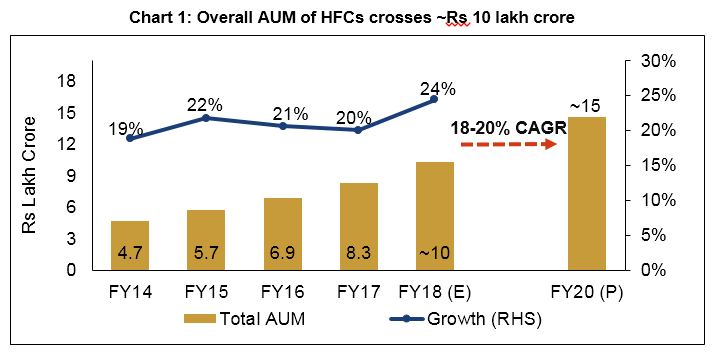 The surge exceeded CRISIL’s expectation of 21 percent growth and helped improve the market share of HFCs in the overall housing loan segment by around 100 basis points (bps) to 43 percent last fiscal.

The non-housing segment (loan against property, developer funding, corporate loans, and so on) remained the bellwether, growing approximately 30 percent.

The home loans segment, which accounts for around 70 percent of the overall AUM, was up 22 percent, outpacing approximately 13 percent growth in bank credit in this segment.

Within home loans, affordable housing (CRISIL defines affordable housing as loans with a ticket size of less than Rs 15 lakh) logged the fastest growth. The segment has witnessed rapid growth in recent years, aided by government initiatives such as ‘Housing for All by 2022’ and Pradhan Mantri Awas Yojana (PMAY), although HFCs have also benefited from relatively slower growth of banks, which are grappling with asset quality issues.

Adding to business growth, profitability has held steady, though delinquencies too have increased. HFCs have also been able to maintain their profitability, with the return on assets (adjusted for one-time gains) stable at 1.9 percent for fiscal 2018 (refer to chart 2). 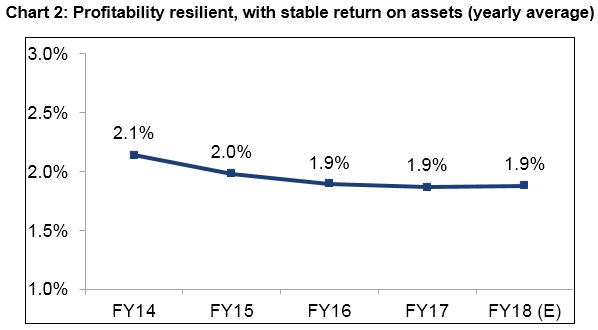 Given all this, CRISIL expects the overall AUM of HFCs to log a compound annual growth rate of 18-20 percent in the next three years. Growth would ride an acute shortage of dwelling units in the affordable housing space, a favourable regulatory environment, interest from a number of new players, and sharper focus of existing players in the affordable housing segment.

However, there are concerns on margins.

With the increased bond yields (which impacts their liability side) and continued competition from banks (which impacts their asset side), HFCs’ net interest margins are expected to compress in coming quarters. Indeed, the home loan segment, where the banks are more active and have better pricing ability, is where HFCs’ margins are expected to be affected the most in the near term. Further, with the proposed revision in priority sector lending (PSL) guidelines by Reserve Bank of India (RBI), increasing the home loan limits for PSL eligibility, the competition in this segment is expected to increase. Therefore, some control on credit costs and operating expenses by HFCs will hold them in good stead.

Asset quality is also an area of concern. In line with CRISIL’s expectation, gross non-performing assets (NPAs) inched up in fiscal 2018 to 1.1 percent compared with 0.8 percent a year ago. The two-year lagged gross NPAs – which CRISIL believes is a better indicator of asset quality for HFCs because of their longer-tenure products – also increased by 40 bps to 1.6 percent last fiscal (refer to chart 3). Besides, HFCs focusing on the affordable housing segment witnessed above-average increase in delinquencies, with gross NPAs of a few players even touching 4-5 percent. 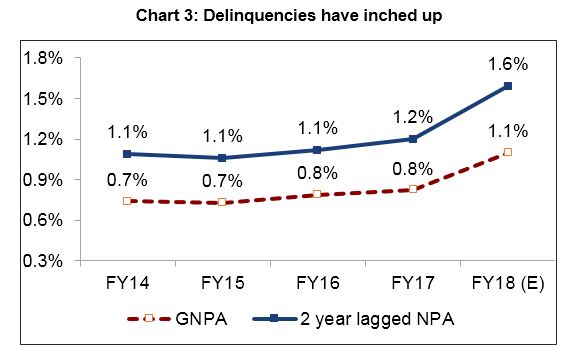 The uptick in delinquency levels was expected, given the spurt in loans against property and lending to self-employed customers, which is largely based on assessed income and where a chunk of borrowers have limited credit history or banking experience, are very vulnerable to disruptions such as demonetisation, and see high volatility in cash flows during exigencies. Also, as highlighted by RBI recently, the level of NPAs tend to be the higher in the low ticket segment, particularly for sub Rs 2 lakhs loans. Interestingly, the borrower profile in the sub Rs. 2 lakh loans are largely from the self-employed customer segment.  In the long run, strong credit and underwriting practices would be critical for the HFCs to keep delinquencies in check.

To their credit, HFCs remain well capitalised, which provides for adequate coverage for any asset side risks. Also, their gearing has reduced to approximately 7 times from approximately 8 times a year back, given the capital raised by a few large HFCs towards the end of last fiscal.

The resource profile of HFCs has also evolved of late, with the proportion of borrowings through capital markets increasing rapidly. Even smaller and mid-sized HFCs have been able to tap the capital markets.

Credit profiles of HFCs rated by CRISIL are expected to remain stable, supported by balance sheet strength and adequate financial flexibility. Also, many of these HFCs are backed by a strong parent or well-funded private equity player(s). Further, many HFCs have shown the ability to swiftly adapt to changing market dynamics.

7,392
Thank you for your comment, we value your opinion and the time you took to write to us!

Tweets by @forbesindia
Prev
GST in India: An amazing journey
Next
Caveats to drafting a roadmap for a trillion-dollar digital economy