Storyboard | Gaming and esports brands hooked to ads, spend over Rs 1,000 crore in 2021

With a significant surge in gaming and esports in India, brands have dialled up advertising to boost reach and popularise new offerings. We dive into their advertising playbook 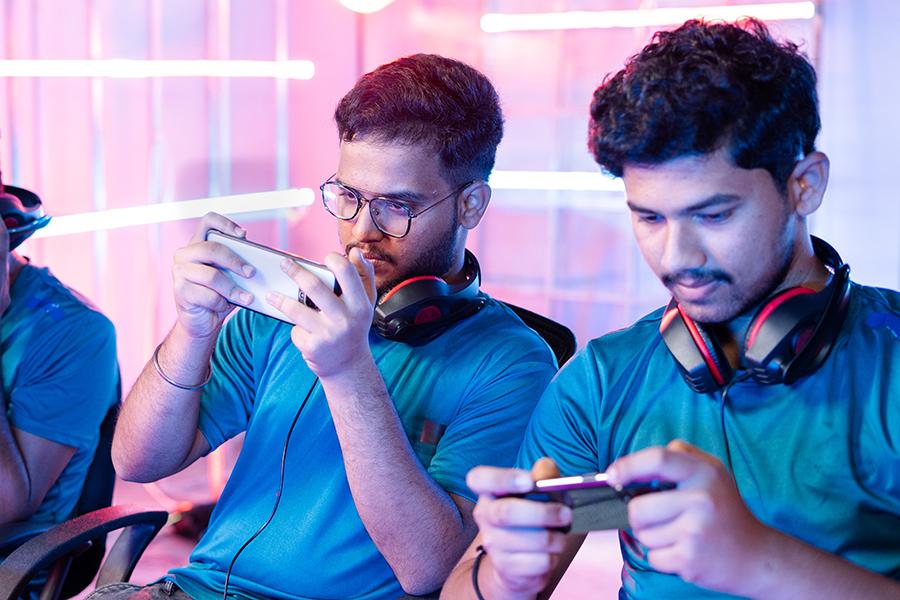 According to expert forecasts, ad spends from the industry (esports and gaming) are expected to touch upwards of Rs 1,000 crore in 2021. Image: Shutterstock

Brands such as Junglee Rummy, Ace2three, Nazara Technologies' NODWIN Gaming and many others are spending more than 80 percent of their marketing budget on advertising to create buzz and get more people to on board their platforms.

"Net investment in the gaming category during 2020 alone surpassed the total figure over 2016-2021,” says Shrenik Gandhi, co-founder and CEO, White Rivers Media. The agency works with India’s largest gaming platform Dream11, which is also the first Indian gaming company to become a unicorn.

Gandhi notes that as another set of investors stand prepared to pour funds into the category, “Leading players in esports and gaming are spending heavily on marketing and product R&D, while the smaller and mid-sized players are exploring higher ROI marketing solutions in their category.”

Putting TikTok super influencers in the gameBrands such as Dream11 which have been advertising on television, are also investing heavily in content creation. While the platform already has celebrities such as cricketers Rohit Sharma, MS Dhoni, Shikhar Dhawan, Hardik Pandya and Shreyas Iyer advocating their offerings, they also recently roped in international social media sensation Khaby Lame.

Lame, the Senegalese-born TikToker based in Italy, is famous for his wordless comedy short videos pointing out how people unreasonably complicate simple tasks. The partnership with Dream11 is Lame’s first-ever association with an Indian brand.

Dream11 got Lame to supercharge the fantasy sports platform’s IPL 2021 campaign #Dream11PeDimaagLagaNa during the second phase of the 14th edition league.

With big names come big spendsAccording to expert forecasts, ad spends from the industry (esports and gaming) are expected to touch upwards of Rs 1,000 crore in 2021.

“60-65 percent of our balance sheet goes towards marketing expenses and marketing for us at the moment is nothing but advertising. The content is designed in a way that helps us in customer acquisition as well as brand building,” says Deepak Gullapalli, founder and CEO, Head Digital Works (Ace2three).

In 2019, Ace2three spent close to Rs 150 core on digital advertising which is close to 100 per cent of its annual marketing budget and ad spends have only gone up since then. Most of it is directed towards digital marketing because that’s where the platforms have their offerings. It’s where the esport and gaming enthusiasts aged between 18 years and 40 years spend their time. These companies today use social media, streaming platforms, and in-stream ads, and partner with influencers to create exclusive campaigns.

“75 percent of our ad spends go towards proven digital properties that include social media marketing, influencer marketing and outreach programs and the remaining 25 percent is cordoned off for experimental and traditional media,” says Akshay Paul, CMO and co-founder, Penta Esports, the esports arm of Newgen Gaming that was founded in 2021.

“Experimental media”, according to Paul, “includes the likes of OTT platforms, music apps or any other new-age property where we have a young audience.”

Bindu Balakrishnan, country head India at DCMN, a digital media strategy and planning agency which works with gaming publishers in India and other global markets, tells Storyboard, “Digital ad spends is set to grow by 200-300 percent next year—as the Indian gamers’ willingness to spend has increased by 400-500 percent.”

What's next for the pandemic-boosted category Online gaming and esports, like edtech, got a huge boost when the world barrelled into a crisis and people were confined to their homes in locked-down cities. They sought comfort and entertainment in everything from gardening to gaming. Although esports and gaming are fast-growth categories, the pandemic, combined with an aggressive marketing push, accelerated growth.

The report also says that over Rs 600 million of ancillary revenue will be generated from the space between FY 2021 and FY 2025.

It is also largely a volume game. According to reports, India has the second largest base of online gamers in the world after China. EY reports India has 150,000 professional players generating a viewership 17 million people across 14 broadcast platforms. This is expected to grow to 1.5 million professional players, 85 million viewers and 20-plus broadcasters by FY 2025.

Level up: Getting more players in the gameNaturally, e-sports brands are poised to make this number grow by onboarding many more new users. The easiest way to do that according to them is by investing in strategic marketing.

Nazara Technologies' NODWIN Gaming for instance is making strategic investments in digital media. They are connected with the gaming community through Discord, a VoIP, instant messaging and digital distribution platforms.

“We have a widespread deal with MTV—NODWIN streams an average of four hours of esports content every week on MTV. We use this platform to promote everything we are doing, because it largely has a young, digitally-driven audience, which is our main target group,” says Sidharth Kedia, CEO at NODWIN Gaming.

In addition to these media, they are also using multiple media vehicles such as print, radio or the digital space to promote a particular event or IP, depending on the need and scale.

Alongside regular advertisements promoting their events, they also create content around challenges and other issues in the industry. Towards the end of 2020, the company put together a docu-series on esports events at a time when the world was at a standstill. The series was mostly about the company’s journey through the lockdown.

“We want to set the bar for e-sports in India and we want everyone to know about how we are going about it,” Kedia adds.

While NODWIN didn’t share its ad spend, the company did indicate that spends have grown in proportion to the company’s growth.

Poker face: Brands have to play it safe when it comes to advertisingWhile creating the “right buzz” is top on the agenda for e-sports brands, the Advertising Standards Council of India (ASCI) has introduced guidelines to make real-money gaming advertising safe and responsible.

In December 2020, the government asked all private television channels to follow ASCI guidelines on online gaming and fantasy sports. As per the guideline, all such advertisements are required to carry a mandatory warning message that says, “This game involves an element of financial risk and may be addictive. Please play responsibly and at your own risk”. The disclaimer as per the guidelines is also expected to occupy at least 20 percent of the advertisement space.

The guidelines also state that gaming advertisements cannot depict users under the age of 18 years as engaged in playing a game of “online gaming for real money winnings” or suggest that such users can play these games.

The advertisements are expected to neither suggest that online gaming presents an income generating opportunity as an alternative to employment nor depict a person playing such games is more successful than others.

The online gaming industry is definitely booming in India. It will be interesting to watch where it—and advertising dollars—go from here.

1,903
Thank you for your comment, we value your opinion and the time you took to write to us!