The Power of Mind Over Money

Confront failure and stay focussed on the entire portfolio

Benjamin Graham once famously said: “The investor’s chief problem — and even his worst enemy — is likely to be himself.” So, what is it that drives these frequent blips in investment behaviour?

Over-confidence is probably the single most lethal error. It may seem bizarre, but repeated academic research has proven that the more complex the task, the more inappropriately over-confident we are. Not surprising then that most investors are blissfully unaware of their blind spot! Common illusions related to this misplaced sense of confidence are the belief that it is possible to consistently time the market as well as develop superior stock-picking skills based on fairly limited effort and information input.

In many ways, spectacular predictions resemble a broken clock. Even the stopped clock is right twice a day. Two dirty tricks conspire against the vast majority of investors when it comes to being self-assured. The first error relates to the classification of success and failure. Typically, we remember and talk about those parts of our investment strategy that have done well and forget or try to erase from our consciousness the bits that have gone wrong. Second, virtually all of us find it far more agreeable to ascribe success to skill rather than luck. 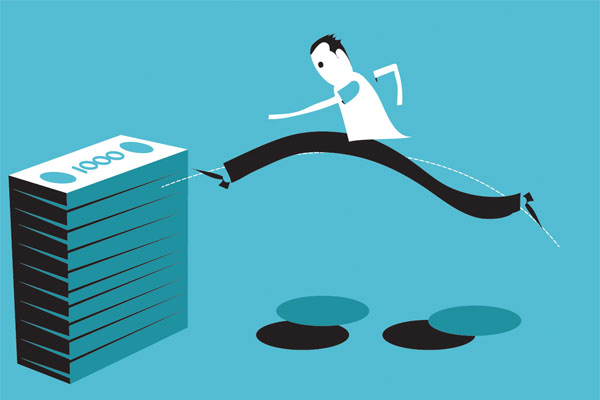 Human beings are the ultimate social animals. Yet, exactly this habit spells doom when it comes to investing. Being part of a group that seems to know most of the answers is far more comforting than being in a minority of one. Not when it comes to getting investment logic right. Two reasons argue against succumbing to the herd instinct.

First, it is well nigh impossible to seek ‘disconfirming’ evidence or even suggest a glimmer of self-doubt as part of a large group. Second, even scarier is the extreme conviction that leads to over-commitment.
Most investors assume that the immediate past is a good basis for predicting the longer term future. In January 2009, the wise men were falling over themselves in predicting financial Armageddon. Three months later, the exceptionally strong rebound in equities caught everybody napping.

The need for excitement is one of the most deadly investment sins. Why do most of us look forward to visiting the casino when we know that it almost always leads to a lighter wallet? A fundamental truth relating to human behaviour is the propensity for individuals to actively seek low probability, high pay-off bets.

Ask the professional handicapper at the race-track about how to maximise your odds and he would recommend sticking with the favourites rather than punting on long shots. But the rookie is seduced by the 50-1 odds and does not mind the small loss compared to the excitement of a spectacular gain. In large measure, this explains the appeal of IPOs (initial public offering), lottery tickets and penny stocks. There is absolutely no denying that the most effective investment strategies are intrinsically boring.

The fear of adverse outcomes is what leads to irrational risk-taking. The gut-wrenching anxiety that overwhelms most of us when the portfolio plummets 25 percent in less than a year is often the prime catalyst for short-term risk: The urge to seek the safety of cash and get out of stocks!

Academics refer to this phenomenon as ‘myopic loss aversion’. Given our evolution from ‘hunter-gatherers’ the tendency to focus on short-term peril and ignore the far more serious long-term consequences of such behaviour remains intact. Equally, given the superior long-term performance of equities as compared to bonds across markets in any 20+ year time period, it remains a mystery why investors allowed stocks to remain so cheap. The answer lies in the fact that the pain of losing a significant sum in the short run far outweighs the dismal, but distant prospect of not being able to cope with our long-term financial objectives.

The illusion that great companies equal great investments has wreaked huge damage on unsuspecting investors. It may not seem obvious, but some of the largest companies in terms of current market capitalisation — Apple, Microsoft et al — were not in existence 30 years ago. Laissez faire capitalism ensures that even the brightest and the best — Citibank, GE, Goldman Sachs — come to terms with adversity.

The trouble with the ‘great companies’ is that they typically sell at an exceptionally high multiple of earnings.

This stratospheric multiple is rooted in the belief that earnings growth for such superstars will be significantly higher as compared to their less glamorous counterparts for an extended period of time. The sad truth is that the story of Jack and the Bean Stalk doesn’t hold true in the stock market — trees don’t grow to the sky! This is not to suggest that growth stocks always do worse than value. Rather, the enthusiasm is greatest for growth stocks in exuberant markets while value stocks tend to best in their aftermath.

Human beings have a special skill that differentiates them from all other intelligent species: The ability to recognise highly abstract patterns. Unfortunately, this talent causes serious damage in investing. The reason is that the pricing of financial securities is entirely random!

Thanks to incredibly cheap computing power, economists have now come up with some reasonably efficient leading indicators  — monetary policy changes, housing starts, confidence among purchasing managers and so on. So, do these bits of data help in pattern recognition? Not really.

Last, but not least, is the damage caused by our ego. Our ability to sell losers is singularly affected by the unwillingness to confront the finality of failure. Equally, our habit of segregating winners from losers in our mind — mental accounting — gives rise to a serious inadequacy. Instead of staying focussed on the entire portfolio, the natural tendency is to bury the failures and treasure the winners without objectively assessing the overall performance of the investment strategy.

How does this shape our current investment idiom? Remain fully invested, seek a margin of safety in buying stocks, deal objectively with ideas that have gone wrong, avoid getting rattled by short-term volatility and remember not to confuse September 2008 with 2011.

Tweets by @forbes_india
Gautam Rajadhyaksha: The Man Who Saw Beauty
Celebrating The Power of Women