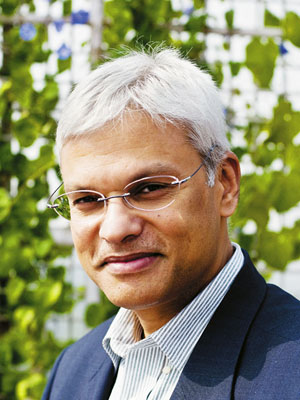 What concrete things do you see coming out from President Barack Obama’s visit to India?
Obviously, great symbolic attention has been taken by the UNSC [United Nations Security Council] announcement. That is important but I don’t see it as providing an immediate benefit except in one way. That is, it communicates to the outside world that the United States values its relationship with India in ways that people did not appreciate before.

On substance, I think there are two big baskets of issues. One is what was discussed in terms of material cooperation, everything on integrating India into the non-proliferation regimes, everything with respect to deepened economic cooperation, deals that were consummated, the partnership in energy, agriculture and health — all are significant and will make a material difference.

The second one is the commitment of both countries to cooperate jointly in some very important parts of the world that have both high payoffs and risks, such as the commitment of the US and India to cooperate in Afghanistan and Africa. Remember, for India, cooperating with the US is very dicey. India has always preferred to go it alone. The fact that it has crossed this bridge says a great deal about the evolution of Indian foreign policy. For the US, to have India as a partner in two very sensitive regions sends a signal to important countries like Pakistan and China.

Do you think President Obama’s statement on UNSC will influence or force countries like China to rethink their own strategy vis-à-vis India?
Yes. My view has always been that the closer the US and India come together, the greater the incentives for China to find ways for reconciling with India. The Chinese have a vested interest in not seeing too tight a US-India relationship. During the Bush administration. The Sino-Indian statement of principles on the territorial issue would never have been signed if it was not for the civilian nuclear agreement between the US and India. The Chinese feared that India would go into the US camp drove it to agree to the statement.

A decade ago, there was this theory in American policy circles that India is a counterweight to China. Has that view evolved?
You have to be careful about what that means. People say that very often but they are often very loose in its meaning. India is a counterweight to China whether the US thinks of it as one or not. It is one simply because it is a large mass of geopolitical capacity living next door to China. The second question is because it is a statement of fact, should the US be exploiting that. My view is that the US does not need to exploit it because India is going to find its own reasons for balancing China whether or not the US assists it to do so. India is going to make its investments out of sheer self-interest.

President Obama, when he was addressing the Indian Parliament, referred to India’s shying away from major international issues. He cited the example of Myanmar. What is the real meaning of that and what are US expectations?
I think there are two expectations. One is that there is a strong feeling that India is punching way below its weight. India has become capable only recently and its institutional capacity and psychology has not kept up with its material transformation.

But there is another dimension that the President was referring to. That is India has so far gotten accustomed to the veritable middle way on everything in the world. That is a strategy that worked well when India was weak because then you do not want to make enemies. The point the President is making is that there will come a time when you will have to make some choices.

The question on Burma is a very good example. On the one hand everyone understands that India has national security interests in making sure that Burma does not slide under the Chinese influence. But at the same time it has a vested interest in ensuring that the right kind of Burmese survive the current repression. It is not in India’s interest that Burma’s leadership over the next 50 years consists of thugs in uniform. India’s real interests lies in the democratic forces in Burma asserting themselves. Given this fact, India still cannot bring itself to be more vocal in its support to this strata of Burmese society. So, the President is basically saying – look, at some point of time you are going to have to make a choice.

How will current geopolitics affect the way business is done and the behaviour of capital?
In the near term, I see the global system as subject to great vulnerability because American power is weak and somewhat precarious at least for another decade until it pulls out of all the consequences of the global economic crisis. For the next decade, I see the global system as being vulnerable because American weakness means the systemic reliance on the US will not be assured. The US will not be robust enough to provide the collective goods required for systemic stability. If, however, the US manages to get its act together, then I see the long-term future excessively bright because of all the natural advantages that the US has — large population, substantial labour force, extreme innovation. These will enable the US to sustain its primacy over a much longer period than people think. But if in the middle period the global system comes apart then you have a very different world when the US finally recovers. So the next 10-15 years is a window of vulnerability.

Could we have a situation where innovation continues to happen in the US but manufacturing moves to countries such as India?
That is one possibility. Depending on what kind of innovation you are talking about, there is every possibility that high-end manufacturing could make a comeback [in the US]. What has essentially moved out is the industrial age manufacturing. But we don’t know what the next wave of innovation is going to be. If you look at commercial aviation, for example, the US has a substantial lead over the rest of the world. If you think of high-end defence technology, the US has a substantial lead. If tomorrow innovation is in highly efficient new energy systems and the manufacturing required for that is not essentially what can be done with blue-collar labour but engineers or high-skilled labour, then there is no reason why the US cannot have a lock on that market, at least for a long enough time frame until the comparative advantage shifts elsewhere.

Tweets by @forbesindia
Podcast: UID - The Making of The World's Most Ambitious Information Bank
Bosch MD Believes Stuttgart Is All About Cars And Beverages