IATA Chief: No Point Supporting a Failing Airline, Even if it's the National Carrier

IATA chief Giovanni Bisignani tells Forbes India that passengers don't care which country's airline they are flying. All they want is good service. That's why governments need to give the industry the freedom to consolidate and survive 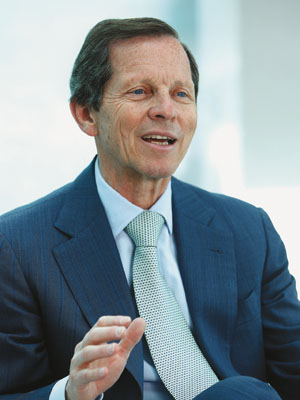 Giovanni Bisignani
Title: Director General and CEO, IATA
Age: 63
Qualification: MBA, Harvard Business School
Experience: Been at the helm at IATA since 2002. His career spans several industries. He began with Citibank and then held senior positions in Italian oil company ENI. He served as president of Tirrenia di Navigazione, Italy’s largest ferry company and went on to be the managing director and CEO of Alitalia for five years.
Interests: Golf, tennis and riding

The latest data from the International Air Transport Association (IATA, which represents over 90 percent of the scheduled airlines in the world) shows that air travel in Asia-Pacific has surpassed North America, the dominant market since the Wright brothers. What does this mean for Asian carriers?
With the new size comes responsibility. Much of the industry in Asia is still working on the post-Chicago convention era, rules that were set in the 1940s. This is a framework of the last century. I am hoping airlines from Singapore, China, Australia and India can take the lead and reshape these rules. Europe and the US are slowing down and going through their own political and cultural crisis.

Unlike other businesses, airlines are very tightly controlled in Asia. Consolidation is practically impossible outside limited geographies. Caps on foreign ownerships restrict cross-border investment and consolidation.
Most governments still say ‘Show me your passport before we accept your money.’ If investments are allowed in every other sector, including banks, why not airlines? The flag is not relevant anymore.
We tried to break out of this mould two years ago and invited open-minded governments to build a new order. Of the 15 countries invited, that included India, only seven agreed to sign up an ‘Agenda for freedom’ that promotes open skies and liberalisation of market access, pricing and ownership. Unfortunately, India was not among those that signed, but the European Union, US, Singapore and Malaysia did agree and are pushing for change.

You say ‘the flags on the planes are killing the airlines’. India is struggling with the issue of getting national carrier Air-India back on keel. Do you approve of the bailouts?
No, we do not. But what can we do? Take the case of Aerolinas Argentina — the airline went bankrupt and we stopped supporting it through our billing and settlement system on a Friday. On Saturday, the government nationalised it.
Many governments who tried to support loss-making airlines have failed. Some have pulled the plug, as in the case of JAL, which used to be supported by the [Japanese] government for a long time. The passenger does not care about which flag is on the airline’s tail, all he wants is good service. The Swiss flag carrier is now owned by German carrier Lufthansa.
We have supported the merger of Air India and Indian, every country should have the opportunity to build a strong national carrier.
There is little point in supporting a failing airline, even if it is a national carrier. It should not take more than a year to start running it like a business. The CEO should be given the opportunity to restructure it. The politicians want to save jobs. That is probably their job. It is embarrassing for the government to ask citizens to pay more taxes to support a loss making company.

You have been very critical of Indian airports and the facilities offered. How do you see the changes in terms of new developments?
Airports often view airlines as a licence to print money. They are monopoly players in most cases. In India, the AAI [Airports Authority of India] has increased charges by 10 percent in the past six months, even though the airlines are bleeding.
The regulator and AERA [Airports Economic Regulatory Authority] have come into the picture recently — but what use is it to close the doors after the horse has bolted? I met with Yashwant Bhave [AERA chief] in Geneva in January. He is bright, but has come in four years too late.
There is much scope for improving the air traffic flow in India. In most other parts of the world, an aircraft would take off only when there is a landing slot available at its destination, but this often does not seem to be the case in India — as I found on a recent flight to Delhi.
Airport infrastructure is a critical part of a country’s economic development. The UK for instance, is losing as financial markets are moving on to other cities like Geneva — much of this is because of the bottlenecks at London. The decision not to allow a new runway at Heathrow will be a very expensive one for the country.
IATA has of late begun pushing for biofuels, setting stiff targets to cap emissions. What is your position on the food versus fuel debate?
IATA airlines bought $120 billion worth of fuel in the past year. We have the opportunity to drive the change to cleaner fuels. The most promising today are camelina, jathropa and algae. These do not compete for land or water with food crops, but can reduce our carbon footprint by up to 80 percent.
The new fuels will be certified by the end of this year. We will need to find space, roughly the size of Belgium, to grow these plants. It is a good opportunity for those countries that do not have natural mineral resources. We expect oil companies to take the lead, as well as small entrepreneurs who will surely get into the business.
IATA is a grouping of 230 airlines now, most of these are network carriers. Doesn’t this make you a legacy that is fast threatened by low-cost carriers (LCCs) in almost every market in the world?
LCCs are not a part of IATA, with a few exceptions. They have changed the game for all our members. The $5 ticket, even if it is for a few seats on a flight, has changed passenger expectations. Everyone wants cheap tickets now.
It is interesting to see the changes in the LCC model too. Many of them are starting to upgrade and form alliances. Of course, many more network carriers have formed LCCs.
Pushed to the wall since 2001, the network airlines have managed to improve productivity by 58 percent. Labour and fuel efficiency has improved by 20 percent, but this is obviously not good enough. Our industry has the best CEOs, people like Alan Mulaly who have moved from Boeing to Ford. Yet why can’t we make money or handle capacity growth? This is the weak part of our value chain.
The crisis in the world’s airline business is because there is too much capacity. Yields are falling and airlines are not allowed to fail. With just a 3 percent fall in traffic, yields fell by close to $80 billion.