Khurshid M. Kasuri: We Were This Close To A Peace Accord 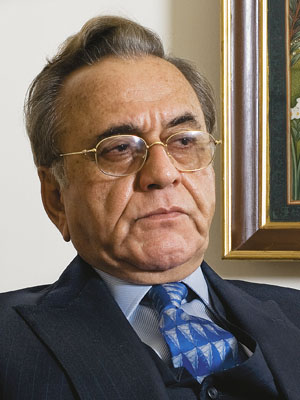 You made the rather startling revelation that India and Pakistan had almost concluded an agreement on Kashmir by the end of 2006. What were the main points of this agreement?
First, there would be gradual de-militarisation in Kashmir on both sides of the Line of Control (LoC). Nothing would fly without that. The second one was that Kashmir would have a special status. So we had worked out a very complex scheme of self-governance which the Indians insisted must be replicated on the other side of the border too. So we agreed to that [move] which would provide maximum self-governance in many areas [of Kashmir]. Then, for the Kashmiris to feel that they had achieved the bare minimum, the LoC would cease to be of any meaning. Because Kashmir could, for purpose of movement of persons and goods, feel that it was one entity. So it was agreed that there would be no barrier on the movement of people and goods, which means that there would be no visas and passports. They would just travel on the basis of an identity card, because without that we could not have sold the agreement to the people of Pakistan. The conflict was costing South Asia far too much and that is why we wanted a settlement.

There were some areas which were of common interest, like tourism, because Kashmiris live by tourism; or a water sharing arrangement, [a lack of which] can cause massive problems between Pakistan and India in the future. We had discussed how Kashmiris on both sides would be represented, but we were still discussing how the Indian and Pakistanis would be represented in the joint mechanism. It needed a few more months. We had also [decided] that we [would review it in] 10 to 15 years, so that if people found that there are some problems in its implementation, then the agreement could be improved. So no key issues were left unresolved.

So what held it back from being finally concluded?
We felt that if the Indian prime minister were to come to Pakistan towards the end of 2006 and sign the Sir Creek agreement [regarding coastline disputes], then it would provide a change in the atmosphere. [Everyone would] believe that Pakistan India can resolve issues bilaterally, without third party intervention. [This] would be a big thing for Pakistan also because Pakistan has historically demanded third party intervention.  The Sir Creek agreement, if it was signed, would have provided a massive boost to the Pakistani and Indian negotiators and the remaining 10-15 percent [of the Kashmir agreement] would have been nothing. But the Indian PM could not come due to elections in five or six states. [The date was then set for March 2007] and I wish we had given him February instead. In March 2007, all hell was let loose; all the furies were out on the road (against President Pervez Musharraf). The lawyers were out in full force with the media supporting them. And so the President asked me if we should call the Indian prime minister and I said ‘No, don’t call him, because if we call him now, with the lawyers and media against us, with parts of civil society against us, we will not be able to sell this deal to the people despite the fact that this was the best agreement, in my opinion, that could ever be done.’

So has the consensus been lost?
I don’t think our work has been lost. The Pakistani decision makers know the maximum that India can live with, and the Indians know the minimum that Pakistan needs. Now, that is no small achievement.

Was there a formal Kashmiri contingent that took part in these negotiations?
No, no. Pakistan wanted formal Kashmiri participation but the Indian government said no. So there was a compromise. So we convinced the government of India to at least allow them to travel to Pakistan. And we allowed our people to travel to Delhi and Srinagar. India allowed people to travel to Pakistan and Muzzafarabad (in Pakistan Occupied Kashmir). So this was the best we could achieve. But believe me when I say that most Kashmiris were on board.

In the past decade, India’s economy has grown rapidly. Did that help or impede the peace process?
It has helped the peace process. In fact, the best time in our negotiations was when both the countries were growing. Two years after we heard about the ‘BRIC’, we heard about ‘N-11’, or the Next 11 economies which included countries like Pakistan, Turkey and Argentina. In fact, in one of the years we grew at 8.6 percent, second only to China, even higher than India. We had a lot at stake. We had a lot of [reasons] to have peace.

So I think the fact that there was greater prosperity in South Asia was something that encouraged both, Pakistani and Indian decision makers to adopt the path less travelled.

You have been an observer of Indo-Pak negotiations. Is there some innovative solution, some new element that can help the peace process?
[It will help] if we encourage people-to-people contact; media is a part of that. [We should have] a liberal visa regime. You see, for some strange reason, bureaucracy in both countries think exactly the same way. [Smiles wryly] I don’t know why, or who has trained them, but they react in exactly the same manner. Like when we were discussing Sir Creek, we were told (by our own bureaucracy) that there were huge oil deposits. So I said to the President, how come all the oil deposits can only be found in these very 50 miles. We have 1,500 miles of coastline along the Baluchistan-Sindh coast, but we found nothing there. It seemed everything will be found in this area…gold, gas and oil [laughs]. So these are very entrenched approaches which only politicians can get over. That is their strength. But then, you need politicians who are willing to spend political capital and not always looking to count their votes.

The new element that you asked me is the media; because media is composed of people with differing views. Media encourages debate and I think the one thing which can make a difference is the presence of free media on both sides. The one single reason that I am optimistic is because of the power of the media to break barriers; and bureaucracy won’t do it.

Tweets by @forbes_india
The Fats of Life: What Weight Should You Lose?
Being the Boss