The Bombay Stock Exchange is no longer the power centre for capital markets. It is time it fought hard in the market and regained that glory. Former chairman Jagdish Capoor tells Forbes India what are the odds 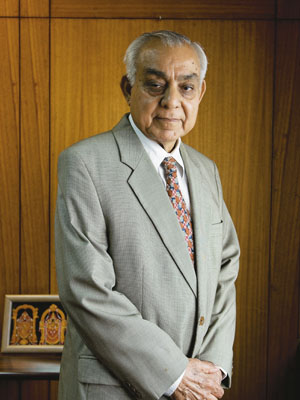 What do you think were the most important things that happened while you were at the Bombay Stock Exchange?
The most important thing was that it became a company. It became a “for profit” entity. It was earlier an “association of persons”. The change meant that there is now a difference between owners and managers.
During this time, the exchange also reduced the number of members of its board. We had 16 members earlier, now we only have 12. In accordance with the regulations we also reduced the proportion of trading members in the composition of the board.

Could some of these changes have come earlier?
We were the first exchange to demutualise. So in a sense when we undertook the exercise we also created a blueprint that the regulators could use. What we did was not easy process, especially for an old institution like ours.
NSE now leads BSE by a mile in Derivatives. Do you think BSE can get back in the derivatives game?
It is indeed a fact that they [NSE] have stolen a march over BSE in the derivatives segment. The liquidity in that product has shifted to NSE and frankly it will be a tough task for BSE to win it back. This is because even if the BSE offers a differentiated product, it may perhaps still need market makers. NSE already has large market participants. In that sense, what the BSE is facing is no different from any market. For example, if the business houses [in Mumbai] move to Bandra Kurla it may be difficult to bring them back to Nariman Point. The task is not impossible. BSE can do it but it is going to be very tough.

Do you feel BSE could have foreseen the fact that derivatives would become big and done something about it?
There was a time, early on, when the derivatives segment on BSE was lively but then a few things went against it. There was a regulatory action against BSE and its board was superseded. That action proved to be a heavy blow on the reputation of BSE. In any case, many FIIs were uncomfortable with the badla system being followed on BSE.
The fact that the regulators looked at BSE as a regional exchange and did not allow it to expand nationally too played a small part.

A lot of people are in the equity exchange business, most notably MCX. How do you see the market changing and what will be the impact for BSE, the Number 2 player?
I think the market can support two or three exchanges. Many countries have three functioning exchanges. Participation in Indian equities is only going to grow. As a general principle it is always better to have at least two exchanges, so that there are no monopolistic issues. Investors too have an option.
As far as the entry of MCX is concerned, it is too early to say. But here is something.  Even when NSE became big, BSE was doing okay from a financial point of view in absolute terms primarily because the volumes went up. So if the volumes stay healthy and increase, then everyone will have enough business to survive.

What do you think the BSE should do to get back into the game?
There is no fixed prescription. They need to beef up technology and make their investor service even better. Some product differentiation, too, would help.