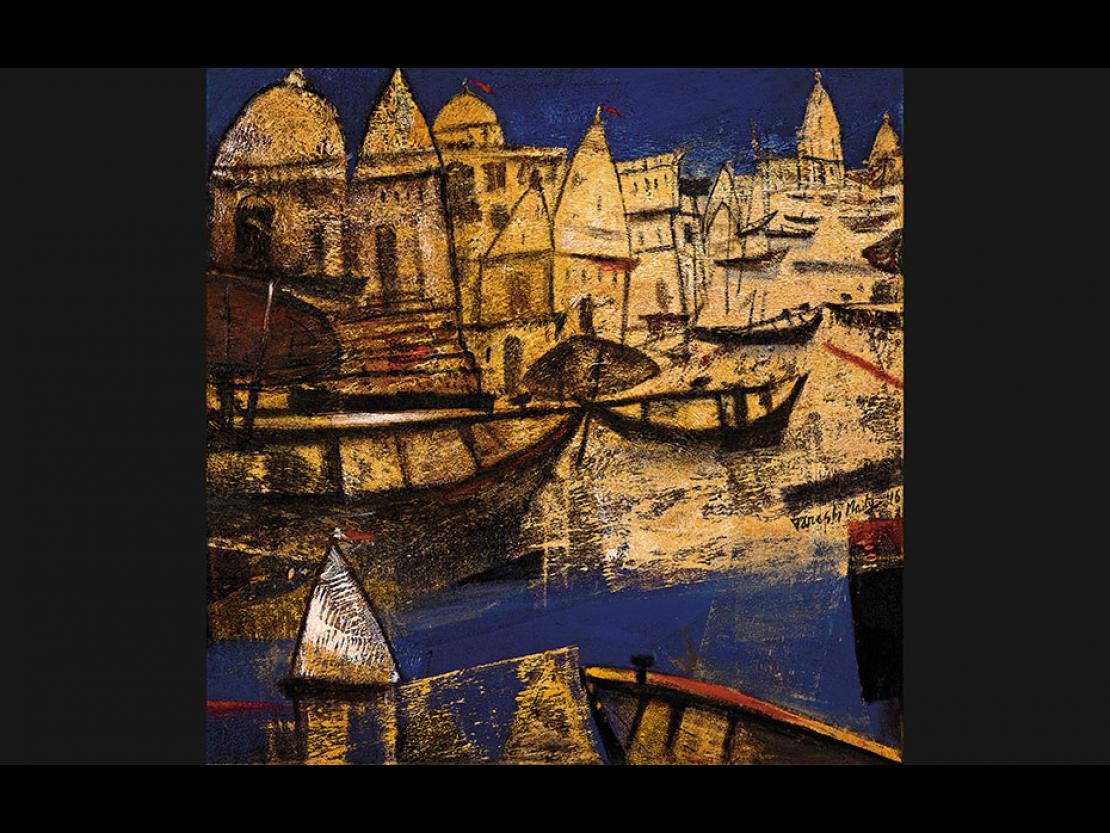 1/11
The discourse in visual art is usually articulated around the masters and their legacy, or constructed by the rising stars. As a result, critics and curators tend to marginalise those who base their work on popular aesthetics. Yet, these artists form the bulwark of the market and include well-known names with a consistent body and quality of work. To the public, they represent the face of Indian art without having to carry the burden of social engagement, thereby, believing in art for its own sake.

Tamluk, in West Bengal, is a picturesque enough place but that it provided the muse for a rising artist whose star had begun to ascend early in his life was no happenstance. Paresh Maity’s excruciating daily commute to Kolkata to study at the Government College of Art & Craft is the stuff of legends. So is his dedication to water colour landscapes that would ignite the spirit of the Bengal School while invoking an earlier tradition under the influence of John Constable and William Turner. Today, the artist, who is popular and collected around the world, remains the first choice among debuting collectors who can’t seem to get enough of his radiant canvases teeming with faces and evocative landscapes.

Over the years, the world has seen less of Maity’s watercolours and more of his acrylic canvases—the airport in Delhi alone has 53 works by him— and occasional sculptures and installations. He cuts a fine figure at art fairs and other events in his tunics embroidered with familiar motifs from his paintings: Parrots, boats, coquettish eyes. A prolific and talented artist, critics are waiting for him to turn his attention from the aesthetic concerns of the commercial market to more serious issues that will involve engaging with social disquiets.