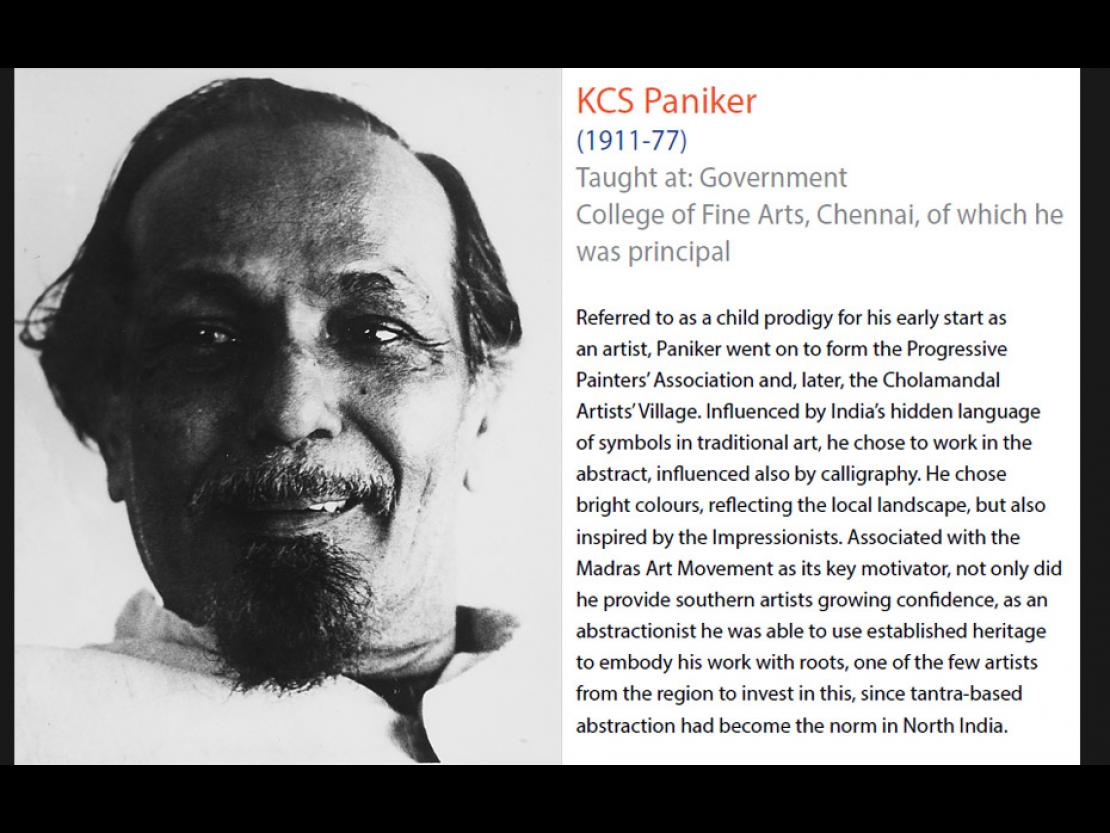 Referred to as a child prodigy for his early start as an artist, Paniker went on to form the Progressive Painters’ Association and, later, the Cholamandal Artists’ Village. Influenced by India’s hidden language of symbols in traditional art, he chose to work in the abstract, influenced also by calligraphy. He chose bright colours, reflecting the local landscape, but also inspired by the Impressionists. Associated with the Madras Art Movement as its key motivator, not only did he provide southern artists growing confidence, as an abstractionist he was able to use established heritage to embody his work with roots, one of the few artists from the region to invest in this, since tantra-based abstraction had become the norm in North India.