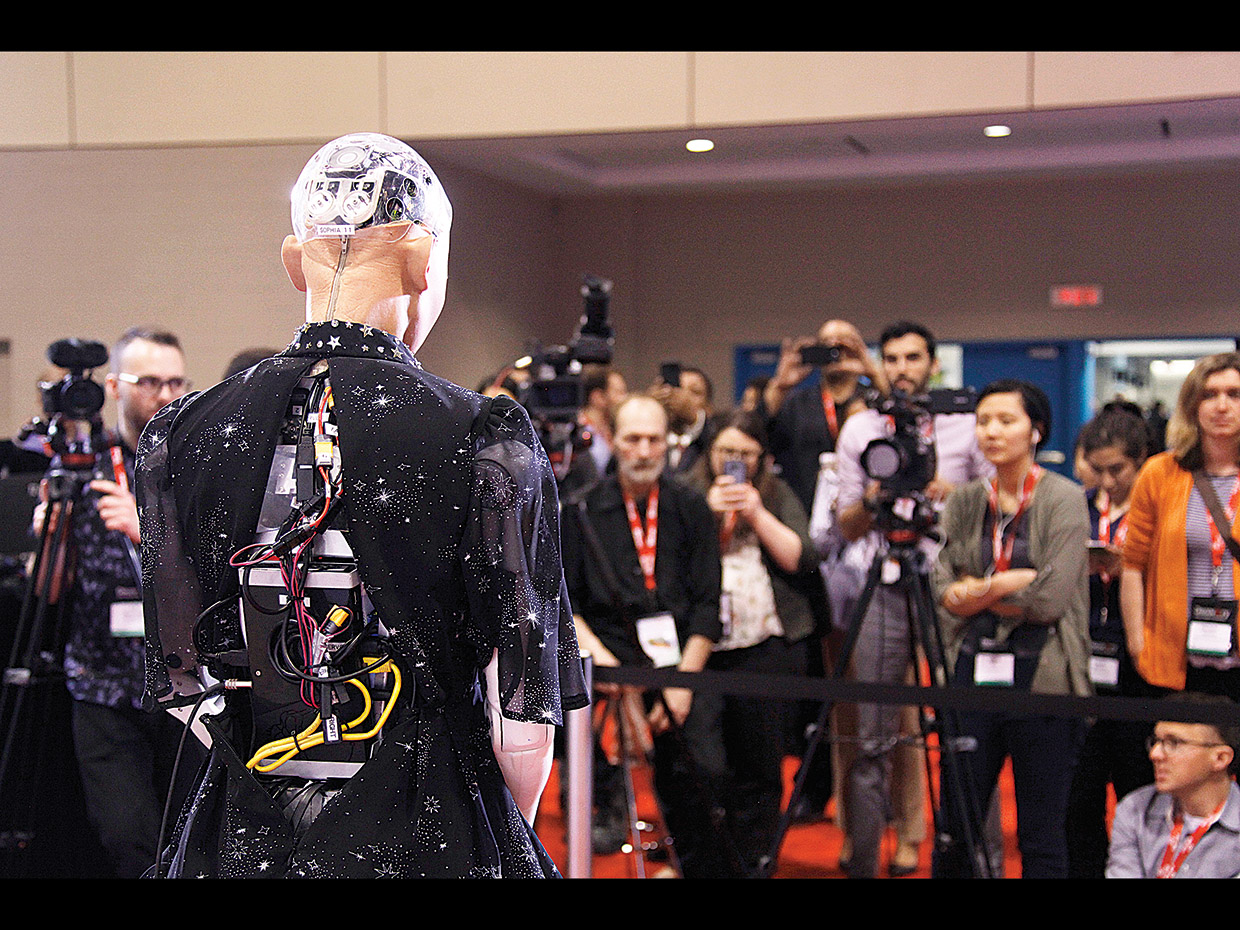 2/16
Sophia Humanoid Robot
Sophia was developed by Hong Kong-based Hanson Robotics in 2015. As the United Nations Development Programme’s first ever Innovation Champion, Sophia is the first non-human to be given a UN title and a citizenship (by Saudi Arabia). It has displayed prowess in voice recognition and making human gestures at various public events, including the Discovery exhibition on April 30, 2018 in Toronto (pictured).