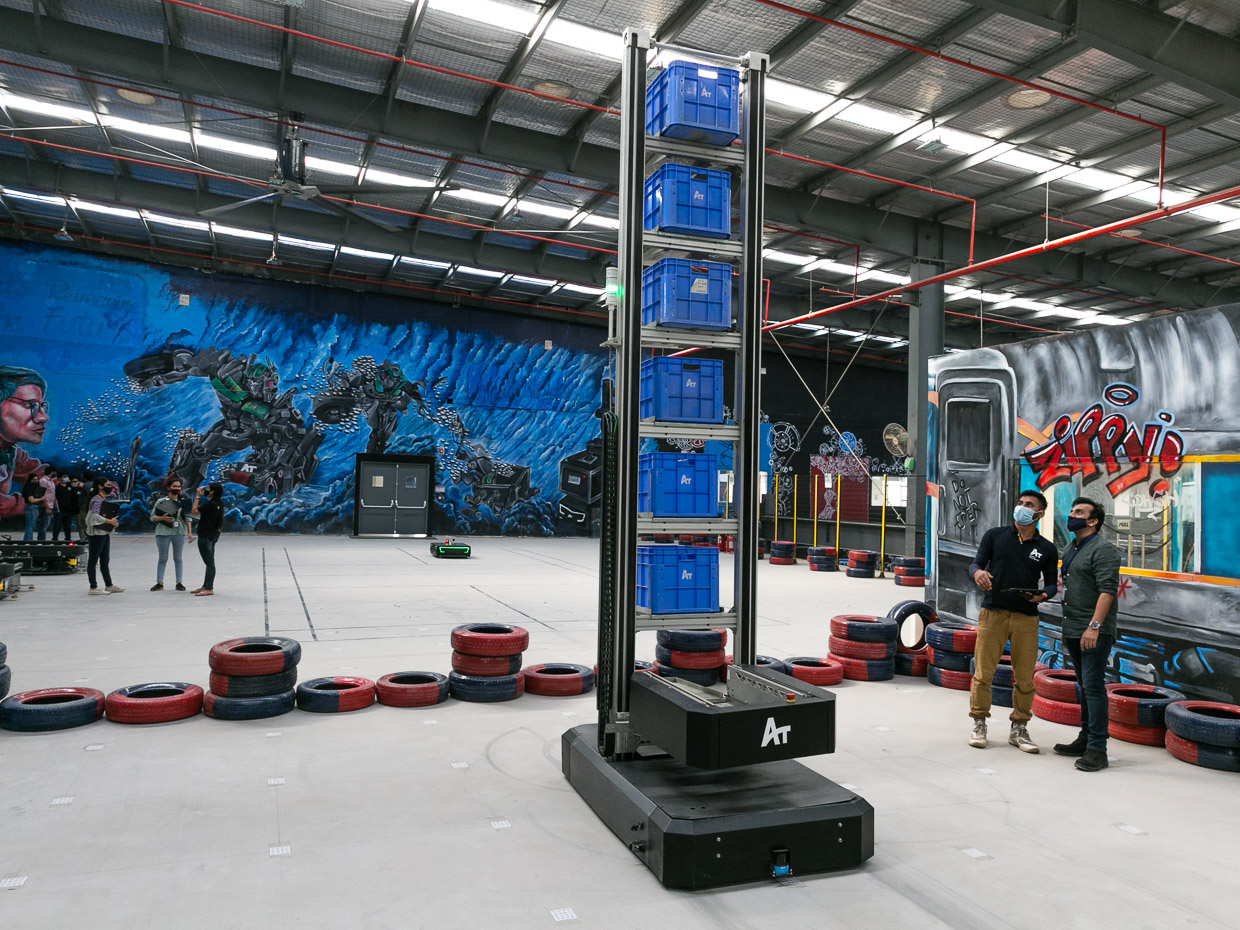 When the pandemic hit, Robotics Warehouse Automation company Addverb Technologies were in the midst of building an ambitious new facility called 'Bot valley' for manufacturing robots in Noida. Work had to be stalled as labourers on the construction site left for home. Spurred by the team’s enthusiasm, the founders took a call, and the team shifted in, even though the shop floor was in disarray and the machinery was partly installed. The facility was inaugurated on March 3, this year and houses 450+ engineers who can be found tinkering with robots in various stages of development, like Veloce, the robotic vehicle seen above.