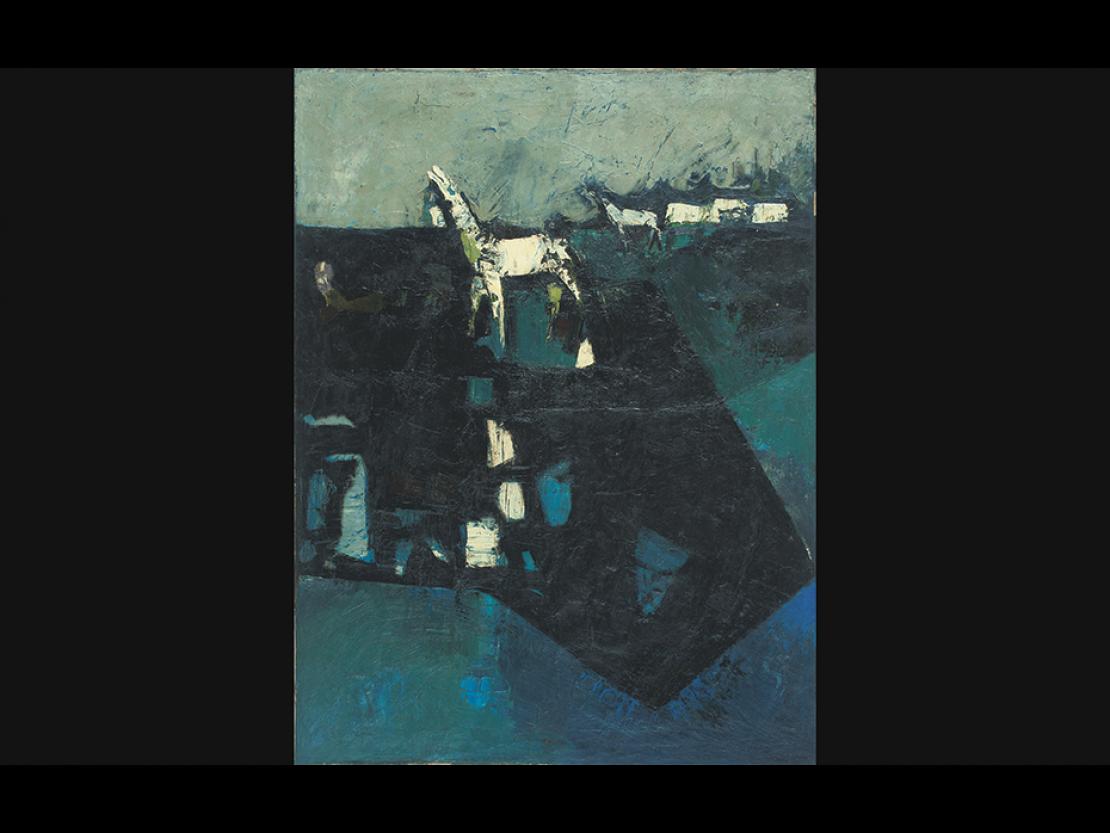 3/10
On a vigil
Gulam Mohammed Sheikh
b. 1937
Though the youngest member of Group 1890, Gulam Mohammed Sheikh is an intellectual giant of the calibre of Swaminathan and his career was richly weighted with labels such as significant artist, poet-writer, art historian, scholar and art teacher. He has often been referred to as the group’s conscience-keeper or gatekeeper, keeping vigil against any wrong or damaging reportage on the group or its members. Sheikh was not present during the group’s exhibition—he had left for England to do a second master’s degree at London’s Royal College of Art. Having seen the group dissolve, and inspired to some extent by Swaminathan’s journal, Contra, he started an arts magazine along with artist Bhupen Khakhar that was well respected. Sheikh was also one of only two artists whose work has tended to be figurative (to their abstract), the other being Reddappa Naidu.