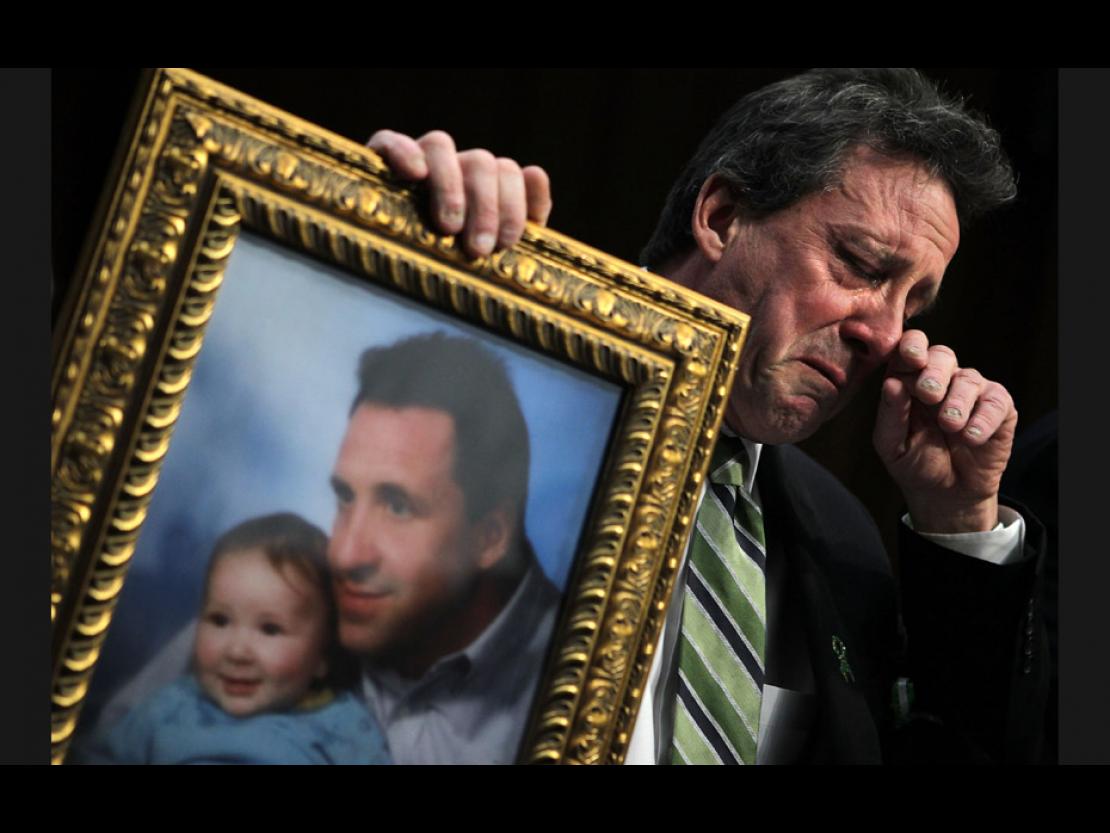 5/16
Neil Heslin, father of six-year-old Jesse Lewis (Sandy Hook Elementary School shooting victim), holds a picture of him with Jesse as he testifies during a hearing before the Senate Judiciary Committee at Capitol Hill in Washington, DC on February 27. The committee held a hearing on The Assault Weapons Ban of 2013