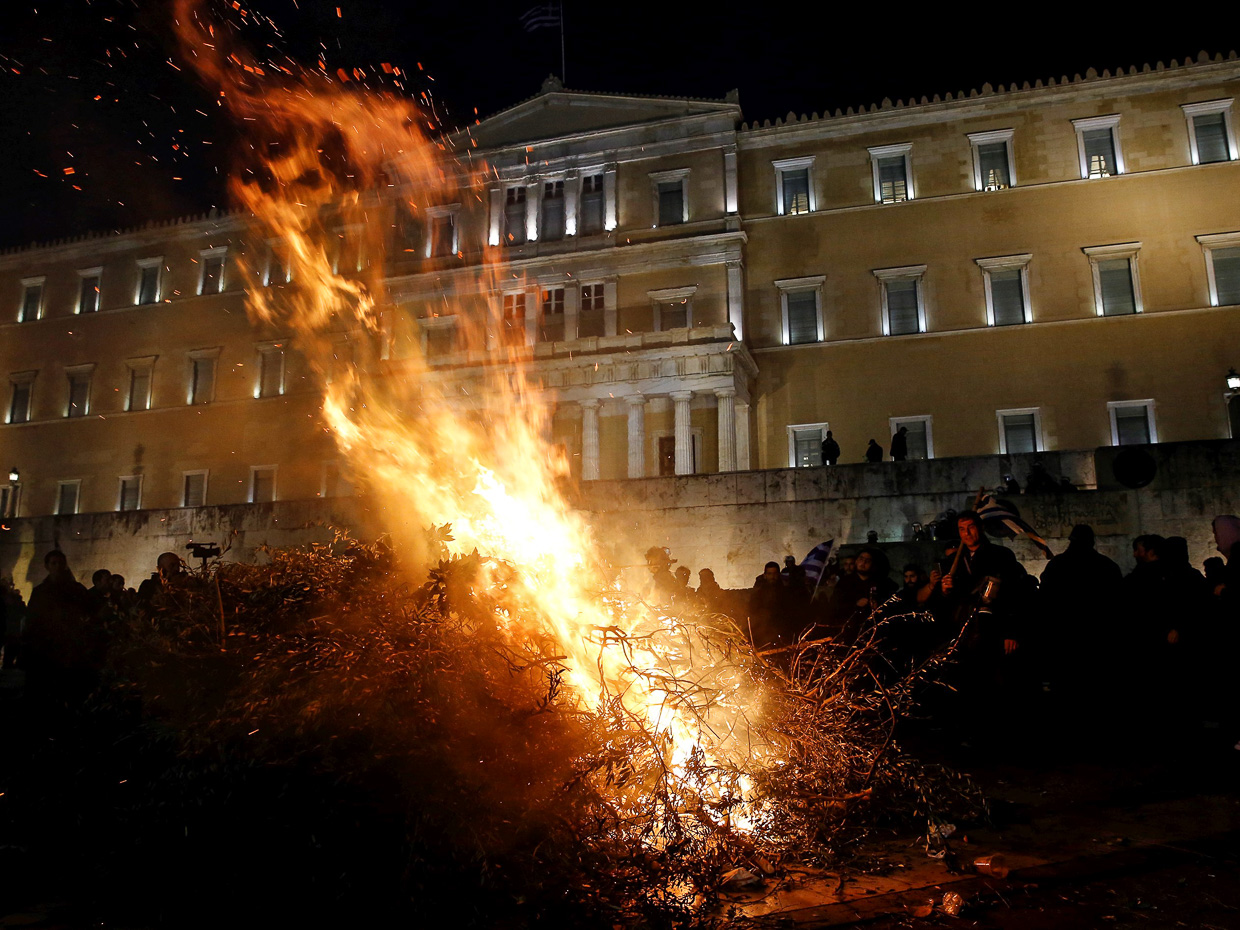 Flames rise as Greek farmers stage a rally against pension reform—which would bring in tax hikes and a tripling of their social security contributions—in front of the Greek parliament at the Syntagma Square in Athens on February 12, 2016. The government says the changes are necessary to ensure future pensions for the farmers, whose benefits have so far been almost completely subsidised by the debt-ridden state.