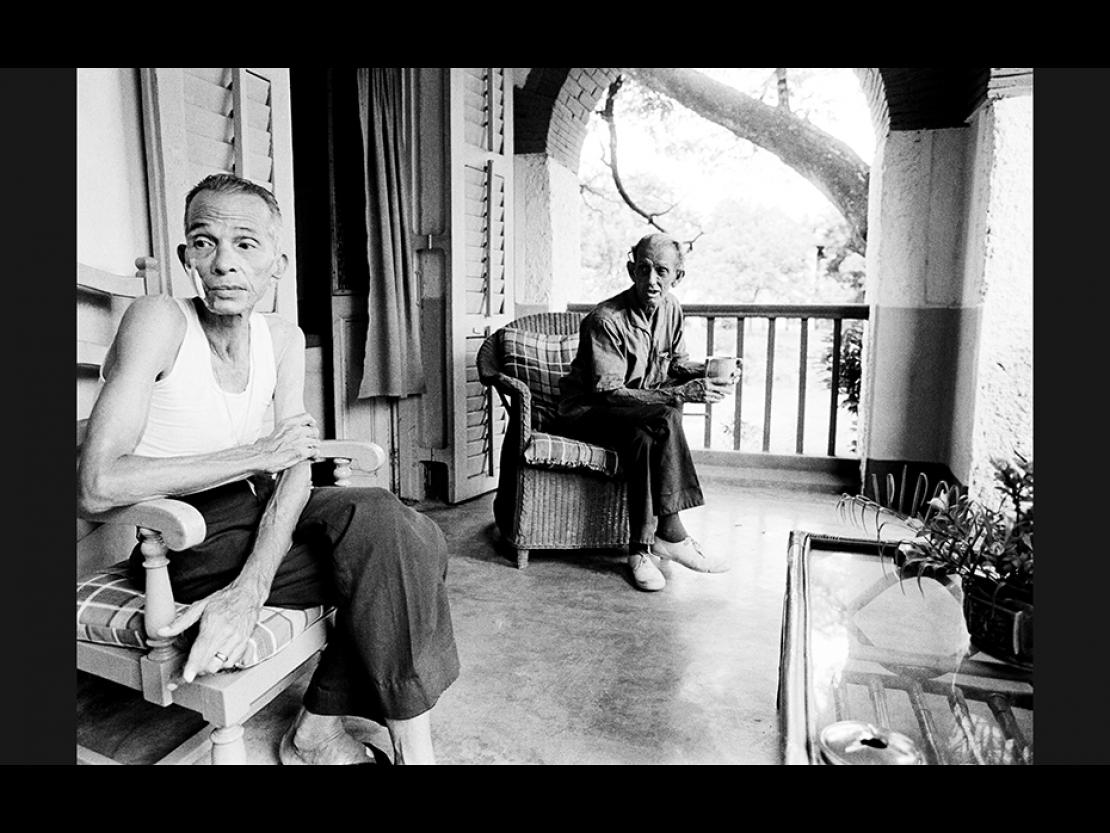 This work from my archive is about passing worlds, about a time gone by. It is also connected to my youth. I had an Anglo-Indian girlfriend in Calcutta (now Kolkata) in the early ’80s, so I was going to the city a lot and I got interested in the community. It was around the same time that I met a friend of my mother’s, the legendary photographer Mary Ellen Mark. She was a big inspiration. She gave me a brick of Kodak Tri-X black and white films. In those days, every film roll was like gold dust. In Bombay (now Mumbai), I did a piece about places where Anglo-Indians lived, in Andheri and around Lovers’ Lane, Byculla. Later, I was in Ooty working on a film and looked up on Anglo-Indians there. So it was a gradual process.

I became interested in this older generation, in their way of life (oh, their etiquette!); they, sort of, felt left behind. I would spend days with them before picking up my camera. Back then, whenever I went to someone’s house, the most interesting thing I did was to look at photo albums. I saw pictures of Bombay going back to the 1950s, the Marilyn Monroe look-alike contests, the railways and such stuff.

The other thread is photographs I clicked in Goa. I had been going to Goa with my folks on every holiday since I was 12. We had a shack on the beach called Love House in Santo Vaddo, Baga. Later, I began to travel there during the monsoons, taking pictures of fisherfolk and festivals. I loved the way of life there.

Though I developed an interest in photography during my school days in England, it was with the advertising photographer Adrian Steven that I learnt the ropes. He had a darkroom in his flat in Breach Candy, Mumbai, and taught us to process and print black and whites. I was looking at the silver gelatin prints made for this exhibition, its grain and the rich blacks, and the slight imperfection, which is important. When I clicked these pictures, I wasn’t thinking, ‘ah, a great frame’. It just happened. When one is young, one isn’t self-conscious and has the freedom of adventure and risk.

Presented by Tasveer and curated by Nathaniel Gaskell, the exhibition of photographs by Karan Kapoor titled Time & Tide opened in Mumbai at TARQ on September 23 and will then travel across the country.

In Picture: Archie Archibald and ‘Chicken’ George at Tollygunge Home, Calcutta, 1981
In 1932, Archie (left) was the manager of Flurys, a cake shop in Calcutta on Park Street. When you walked into Flurys you just knew you were in a place of aristocracy and among the crème de la crème. After Independence, Archie lost his job. He sold his last possession, a Dalmatian dog, for Rs 30, and said: “You know my dear boy, obligation and poverty are very grave crimes.”