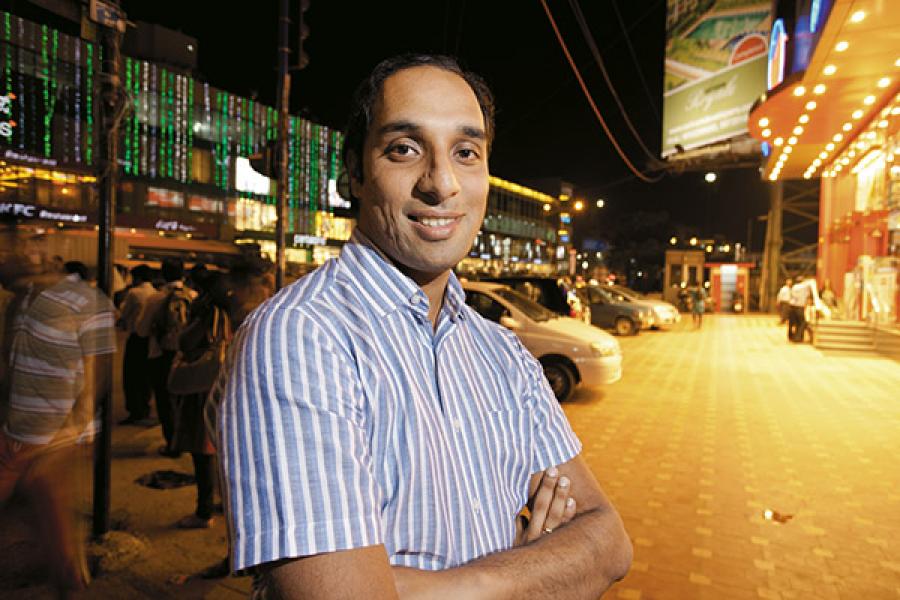 Two college buddies drop out of their jobs, tinker around with a few ideas, and come up with just the product customers were looking for. Aneesh Reddy and Krishna Mehra came up with the name ‘Capillary’ before they had any idea what the business would be. But after a couple of early ‘pivots’ around shopping ‘deals’ and licenced, on-premise retail CRM (customer relationship management), they hit the sweet spot: A hosted, pay-as-you-go retail CRM that builds a world of data and intelligence around each customer, using mobile phone numbers as identifiers. No new terminals, no servers, no customised implementations—just actionable analytics, like suggesting an instant 15 percent discount on trousers to a customer who’s buying shirts. “Their product is easy to understand and use quickly and shows results in just days or weeks for retailers,” says Shailesh Lakhani, a principal with Sequoia Capital, which recently invested $15.5 million in Capillary, together with Norwest Venture Partners and Qualcomm Ventures.

The men behind it
Outside of their vision for the product, the biggest strength that Reddy and Mehra seem to possess is their ability to sell themselves through relationships. “We were bootstrapped through angel funding for three-and-a-half years. Each of our 17 angels has added a lot of value to us,” says Reddy. What was their secret of going from angel number 1 to 17? Reddy says, “It was all our networking I suppose. Not more than 3 angels know each other.” Lakhani says: “It’s hard to see tech guys who can sell too, but these guys can sell!”

Why it Is a Gem
Capillary is used across nearly 10,000 stores today, and handles over 2.5 terabytes of data across 15 million customers. Their secret is simplicity—in the way their software is used by a typical cashier in a store; in the way it does away with loyalty cards; and in the way its intelligence is seamlessly woven into ‘offers’ that can be targeted at customers. “We charge retailers on a per store, per month basis. And the typical impact of our solution to a retailer is an increase of 5 to 6 percent in sales,” says Reddy.

They’re simultaneously also trying to crack global markets in South East Asia, Middle East, the UK and the US. In the UK and the US, for instance, it is targeting mid-sized retail chains (50 to 100 store) who are loathe to spend millions of dollars on expensive enterprise retail planning (ERP), retain business intelligence (BI), or campaign management software.

Why it was hidden
Till it raised a mammoth Series A funding of $15.5 million in September, Capillary was mostly under the radar, thanks to $1.5 million in angel funding from 17 different investors across the world. Among customers, it grew rapidly based on word-of-mouth and results.

Risks and challenges
“Our target is to get to 500,000 stores internationally,” says Reddy. Considering Capillary is currently at 10,000 stores, that is as big and hairy as goals come. For such a young startup to attempt to crack so many international markets when its domestic one is profitable and growing like hell, does hold some risks. Will they spread themselves too thin? Will they lose track of the simplicity of their product as they begin to handle demands and requests from hundreds of different customers around the world?