The author of bestsellers such as 'The Immortals of Meluha' talks about the scientific theories in his works, and why Indian mythology is a liberal's best ally 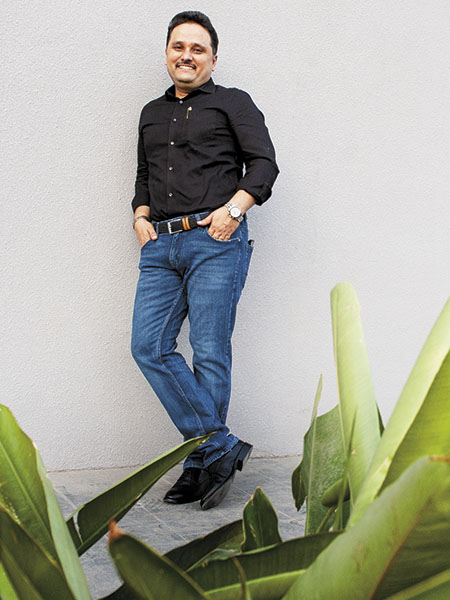 Author Amish Tripathi
Image credit: Vikas Khot
Amish Tripathi has come a long way since self-publishing his first book, The Immortals of Meluha, in 2010. (Westland Books, now acquired by Amazon, subsequently published the book in 2016.) Since then, he has written four books based on Indian mythology which, the publisher says, have sold four million copies, and have been translated into 19 Indian languages. Tripathi speaks to Forbes India about his books and mythology. Edited excerpts:

Q. Do you look at writers as brands who are in a position to command their price?
I don’t like the term ‘brand’ being used for people. A brand is something that is curated and created after market research. A person is who he or she is. Every person or writer should be true to themselves. Some readers will like it and some will not. But it is important to be true to yourself. I don’t think even sportsmen and actors should be seen as brands. They are people who endorse brands.

Q. What is the update on your 2012 deal with Dharma Productions for making The Immortals of Meluha into a film?
The rights have been moved from Karan Johar’s company. I have struck a new deal with an international over-the-top platform. Meluha was earlier going to be a film, but now it will be a TV serial. I believe there is a lot of opportunity for presenting positive liberal messages from our ancient past that can do good to modern India.

Q. How scientific are the theories in your books since they are based on mythology?
Often, technology that we don’t understand appears like magic. One of the things that drives my thoughts is the concept of plausibility. Whatever I write about should be in the realm of plausible fantasy. For instance, the theory behind how somras works is based on modern scientific research. There should be a logical connection within the structure of the book; it should not be in the realm of magical realism.

Q. You have said that we need to teach Indian mythology in schools, and it will only help liberals. Can you explain?
India’s liberals have not realised that ancient Indian culture is their biggest ally. They don’t allow teaching of Indian mythology in our schools. If we allow that to happen, it will help the cause of liberalism in the country. Liberals have not read ancient Indian texts; they tend to primarily read Western books. If they study [Indian mythology] and teach them in our schools, it will aid their cause.

Tweets by @forbes_india
Wealth, narcissism, and leadership
Forbes 30 Under 30: Spotlight on Celebrities